Before season nine of’ The Walking Dead’ aired, I steady-binged all of the eight previous seasons.

I’m talking: methodically sliced out small portions of days to watch – actually watch – an episode or two. I didn’t watch other shows in order to remain untainted as I surrendered myself to post-apocalyptic horror.

I was hearing raspy, undead growls in my sleep.

After a week of catching up, I started looking around at my surroundings everywhere my gal and I went, plotting what I could use as weapons and who would likely “turn” first.

The show sucked me in, just like it did with millions of other viewers. It’s intriguing, exciting, and unique… what can I say?

Kudos to everyone from the creators Robert Kirkman, Frank Darabont, and Angela Kang to Andrew Lincoln, Danai Gurira, Jeffrey Dean Morgan, and Lauren Cohan to Howard Berger and Cristina Patterson and all those snarling, flesh-eating extras.

See who else does what else on the ‘TWD’ IMDb page.

Everyone on the show is good. The cinematography is thoughtful and lends to the mood of scenes. The writing and storyboarding provide a solid backbone for the rest of the production to stand on (shout-out to Charlie Adlard).

To be honest, I had gotten to a point that I was done with horror, just kinda “over it”. Unimpressed. But I figured that all the fans and studio green-lighters couldn’t be wrong.

Zombie stories, historically, grab me by the proverbial balls. And ‘TWD’ got my attention.

With the whole “living vs. undead” theme, there are myriad angles from which to explore real-life human elements, not to mention the opportunity to boil down the very meaning of existence and ponder the extent to which we are capable of ensuring our own…

Oof, that gave me the chills.

Seriously, I often hit ‘Pause’ and write in my journal or on here for awhile when the sprit hits just right.

And this is one of those times.

Those words are actually lines from episode 6 of season spoken by Seth Gilliam as Gabriel, a priest who falls in with the main ensemble during the escape from the brainless hoards.

He says those words with hope while explaining to another character his desire to expand their communications capabilities which – and here’s the snag – requires going into unsecured territory.

Gabriel, to me, represents the struggle to remain faithful when everything around you is a hot, flaming mess. He is even blinded for a time (then, permanently in one eye), literally, forcing him to walk by faith and not by sight.

And he had plenty of scrapes to test it.

Gabriel believes everything will be OK.

And why wouldn’t he?

But, imagine that you’ve seen horrors beyond all comprehension. Psychologically-scarring stuff: your loved ones being eaten alive; monsters clawing at you, trying to grab and take any piece of you they can; the most basic reality of fighting to survive…

There are people whose Auto-Pilot takes them directly to uncertainty about the What Ifs & they say those three lines with doubt, dread, fear.

Is that what you want?

Take note of everything that occupies your mind, gives you anxiety. You’ll notice that a few of those really truly matter, and a whole lot of junk that “matters” (Sidenote: do air quotes… everything that falls between your fingers? That how much that junk is worth, kthnx).

Realize the #1 thing that matters: LIVING.

Living on your terms. Living a life that fills you up; not one that drains you. Living the timeline that you want.

Our circumstances can affect how we initially feel about potentialities and possibilities, about The Unknown (which can be scary AF!).

But, at the end of the day, it’s up to every single one of us to decide How we want to feel about those three lines.

Observing those feelings within ourselves can provide valuable information for achieving major psychic healing. After asking How you want to feel, you can then ask yourself Why you feel that way.

And, if we’re brave enough to ask ourselves that & really be honest AND THEN KIND to ourselves, we have to do the work next – mentally, physically, emotionally, spiritually, or otherwise – to free the person within ourselves who answers:

the way you want them answered.

📧 Bounce something off me 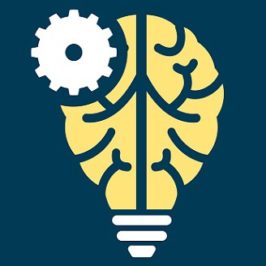 The most fundamental principle, the basic program of all life, is energy-saving. Organisms are programmed...

Need an inclusion policy for your organization? Copy & paste the text below, and write...

Have you ever been on a team that just didn’t seem to be… working? Sure,...

The third step of increasing human energy is to increase the force accelerating the human...