He lost every physical belonging on his first day in the camps, and was forced to surrender a scientific manuscript he considered his life’s work.

Frankl’s is, if there ever was one, a story that could excuse a person’s belief that life is meaningless and cruel. Yet, even after having experienced the darkest depths of human depravity, Frankl emerged an optimist.

His reasoning was: even in the most terrible conditions, a person still has the freedom to choose how they see their circumstances and create meaning out of them.

This is what the ancient Stoics called the ‘last freedom’.

The Stoics saw a distinction between things in our control (our own judgments, desires, opinions, actions) & things outside our control (which include what you were born into, others’ thoughts and actions, etc).

Thus, a person’s “last freedom” – the truest one, one that can never be taken away – is the attitude they adopt.

So, as the old adage goes: You can’t control what happens to you, but you can control how you react to it.

The Stoics knew it. [Read about them over on the Stanford Encyclopedia of Philosophy.]

You and I know it. It’s the difference between being a victim of your circumstances & being the master of them.

Some people have that inclination snuffed out early; told they’re servants, powerless at the mercy of This greater power or That One. The very notion of freedom has been bastardized by media & politics.

But it’s never too late to start taking hold of your personal power. You can determine your approach to life, your meaning in life, and your impact on life.

Expect the best out of yourself.

Because if you’re for the right thing, you’ll do the right thing. You’ll live in alignment with your greater ideals, truly embody them. And, with that, comes a life that feels good.

Don’t you always feel better when you have a clear conscience?

And isn’t your conscience clear when you feel as though you’ve done your duty?

But then… answer me this:

Don’t you have a duty to yourself?

It’s not your last freedom, but it may be your greatest one: to be able to choose your path.

If we’re not already, let’s jam together on The Insta:

A process is a conceptual sequence of events that enables a person or a business...

Dark Gray Classic Beanie This is a fitted beanie, no frills, just a classic look.... 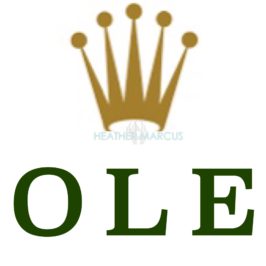 ‪My gf & I have decided to become the first dealers of all-lesbian-crafted, durable, &...

For many of us, the ritual of making resolutions for the new year comes from...