One of my old stomping grounds is going through some drrrraaamaaaa… The appalling lack of tolerance in Waco, TX has come to light with Baylor University smack dab in the center of it all.

The nooses hung around campus after Obama was elected in 2008 made me cry. That gesture demonstrates a frightening maliciousness that exposes the actors’ true “character”… my tears were tears of sadness, disappointment, betrayal.

How could people be so cruel?

Why would they revert to the ugliest part of our nation’s history?

Is this what’s truly in their hearts?

But, I reasoned it away: this, after all, is Texas; a conservative college; and people make uncouth gestures in the heat of the moment. Freedom of expression, the crutch of cowardly curs, applies to jerks… all that jazz.

Then, a few years later, the issue of BU’s relationship with religious intolerance came up. A paper by Shelby Estroff calls out the lack of positive and productive leadership when young adults need it most:

The University is not doing anything to address the issue, and is not encouraging its student body to do so either. No one is acting or taking a stand, which is why religious intolerance remains an issue at Baylor.

And the intolerance train didn’t stop there; it runs right alongside social issues, like most conservative stances… and, while it keeps pace, it seems to be on the wrong side of the tracks.

Back in May, the Baylor University Board of Regents declined to hear from an unofficial LGBT student support group even after more than 3,000 Baylor professors, students, alumni and others with connections to the university signed an open letter requesting the university recognize LGBT student groups.

The administrators did not respond to the open letter either. They simply ignored it.

I empathize with Anna Conner, a student featured in an article spotlighting the University’s attitude about its LGBTQ+ students:

When applying for college, Anna Conner said Baylor University was a top choice for her. She grew up heavily in the church, but as a gay young woman, things proved complicated. The church wasn’t accepting of the LGBTQ community.

“Can I be gay and Christian? Will God love me? Am I going to hell? There’s always those questions,” Conner said.

[plz refer to the previous gif]

In fact, I could go so far as to call the “feels” on campus implicitly hostile. I can distinctly remember the repressive atmosphere where me and my fellow students were afraid of exploring our own thoughts and feelings, much less voicing them.

Fellow athletes hinted at their sexuality. A few times, after much trust was earned, we could have frank discussions about it & other “taboo” issues. But that was still in the days when we feared being kicked out of school if anyone “found out” we didn’t fit the cookie cutter (and it was in more ways than being gay).

I felt the underlying rejection for all my Otherness, even from my coach, which was disappointing because a big factor in my decision to go to Baylor was the “family” promise and hope that I’d find a loving atmosphere that would foster personal growth. But it was stifling.

Don’t get me wrong, I found a kickass group of friends who were loving and vivacious and unafraid to gaze up at the stars and let our minds wander. But, school itself… expanding your mind, challenging norms wasn’t exactly welcomed.

I didn’t feel like I could be myself and be loved, accepted, safe by the people who had the authority to support me. It felt as if people would do more than reject me; the history of violence and persecution by those who feel righteously justified is a long one. And while that is a very familiar feeling being a brown-skinned woman whose sexuality doesn’t fit in a box… it’s still shattering.

To know my feelings of love, joy, respect, friendship would not be reciprocated for any number of reasons that had nothing to do with me & everything to do with others’ deep-seated negativity was scary.

Do you enjoy those feelings?

It’s those experiences that make me understand the students’ needs & send them as much love and support as I can. Because I know what antipathy feels like; and it seems like they’ve taken a step up, but only into ambivalence.

Baylor’s President Linda Livingstone issued a statement via email stating Baylor students will not face disciplinary action for their sexual identity, and that Baylor counselors do not practice or condone so-called conversion or reparative therapy to change their orientation.

She failed to acknowledge LGBTQ+ groups or provide any leadership regarding how students can, could, or should handle the issue. Once again, the issue was ignored.

And school policy remains, a beacon to remind people that things haven’t really changed. Baylor’s human sexuality policy states that it is:

“expected that Baylor students will not participate in advocacy groups which promote understandings of sexuality that are contrary to biblical teaching,” which include “heterosexual sex outside of marriage and homosexual behavior.”

as well as this:

“The University affirms the biblical understanding of sexuality as a gift from God. Christian churches across the ages and around the world have affirmed purity in singleness and fidelity in marriage between a man and a woman as the biblical norm.”

But, ignoring issues that don’t fit into those policies or their views of how things SHOULD BE has gotten the school into some boiling hot water as of late.

After numerous allegations of and convictions for sexual and non-sexual assaults committed mostly by Baylor football players were ignored for YEARS, a firestorm hit the campus. [If you want to hear some disgusting non-responsibility and failure to condemn bad behavior, listen to this. Talk about lack of leadership…]

Literally, people were fired when it was revealed university officials had failed to take action regarding the alleged rapes and other assaults (some involving female athletes) from 2011 to 2016. Head football coach Art Briles was fired. Ken Starr resigned, along with the Athletic Director Ian McCaw. The coach I mentioned earlier was also fired during the period of this scandal.

And I bring this scandal up to highlight the selective morality that seems to plague these types of institutions (Baylor University, the Republican Party, the church). Civil liberties and the religious right mix about as well as oil and water. There is a staunch resistance from the Right to – seemingly – every  minority group having civil liberties, yet their reasons for the resistance remain puzzling when you take time to really think about them.

Lack of tolerance & the demonization of certain groups is one thing, but the true problems seem to be a lack of consistency, failure of focus, and sanctimonious prejudging.

The football field is the arena of another example of selective morality in action:

When I went to the game against Iowa State earlier this season, I was kinda tickled to see an old tradition was still alive and well. An official totally botched a call in favor of the Cyclones, and the student section began a chorus of:

Ahh… the memories… I was taken back, right across the parking lot, to the Lady Bears’ championship year when we were there in the stands to give it to anyone who dared to even attempt to keep our beloveds from winning. I participated in the ref-directed taunt as a student. I chanted to shit out it.

And I remember the older members of the crowd reacting negatively.

Many dad hats were shaken in disapproval.

I remember rumors about what the administration planned to do to discourage it.

An entire section of an arena, filled with the student body of one of the oldest Baptist universities in the nation, yelling a word I was raised to believe is not Christian.

We had passed by a student tailgating area on the way to the stadium. I talked to an obviously-inebriated girl in the restrooms. And then the students SCREAMED obscenities… my irony meter was in the red. Ooh, I loved it.

So much for keeping your tongue from evil or James 1:26…but, I guess cherry-picking verses to highlight their actions and suit my position would be… well, right on-par with how these blame games usually go. But that would make neither me nor the conversation any better.

Moral inconsistency is variance in moral emotion and belief in response to particular cases. It’s what I mean when I say selective morality. And I feel like that’s gotten in the way of so much.

I can recall the way social issues crept into my church’s sermons. We were given an ongoing list of people to look down on as life evolved —people who criticized the government, people with AIDS, the Left, gays… the list changed with the times.

And I know my experience is similar to many, especially my fellow Bears.

But it does real harm.

It makes us unsafe when others feel justified to hate us, malign us, mistreat us for no reason other than who or what we are. I can understand judging someone based on their actions. I can understand passing judgment on someone for their bad intentions.

Because that’s what we considered when it comes to morality: intentions and outcomes.

Check out the Knobe effect for a bit (it’s kinda amazing) & then come back for my conclusion. But I’ll sum up the influence outcomes and intentions have on our judgments:

The outcome of an action (harmful or helpful) leads us to retroactively change our perception of facts (in this case, whether a person meant to do something or not).

One explanation comes from Richard Holton, a philosopher who says that the best way to explain the Knobe effect is to identify whether a person violates or conforms to a norm.

So, if a person does something knowing that the effects will violate a norm, we view it as intentional. However, if a norm is upheld as a side-effect, it is not viewed as intentional. We expect that others thoughtlessly uphold norms, and that they use conscious intent to violate them.

See how that can be problematic when you’re LGBT?

On top of that, people selectively assign good and bad labels depending on the outcomes of actions. And being or doing something that violates God’s will is the ultimate bad for folks at Baylor and those like them, no matter a person’s actions or what they have in their heart.

This selectivity puts Others, like me, behind from the start. It’s what puts us at risk for violence, hatred, discrimination, prejudice, and other unearned malice.

And this has become an issue that can no longer be ignored, because to ignore it is total… 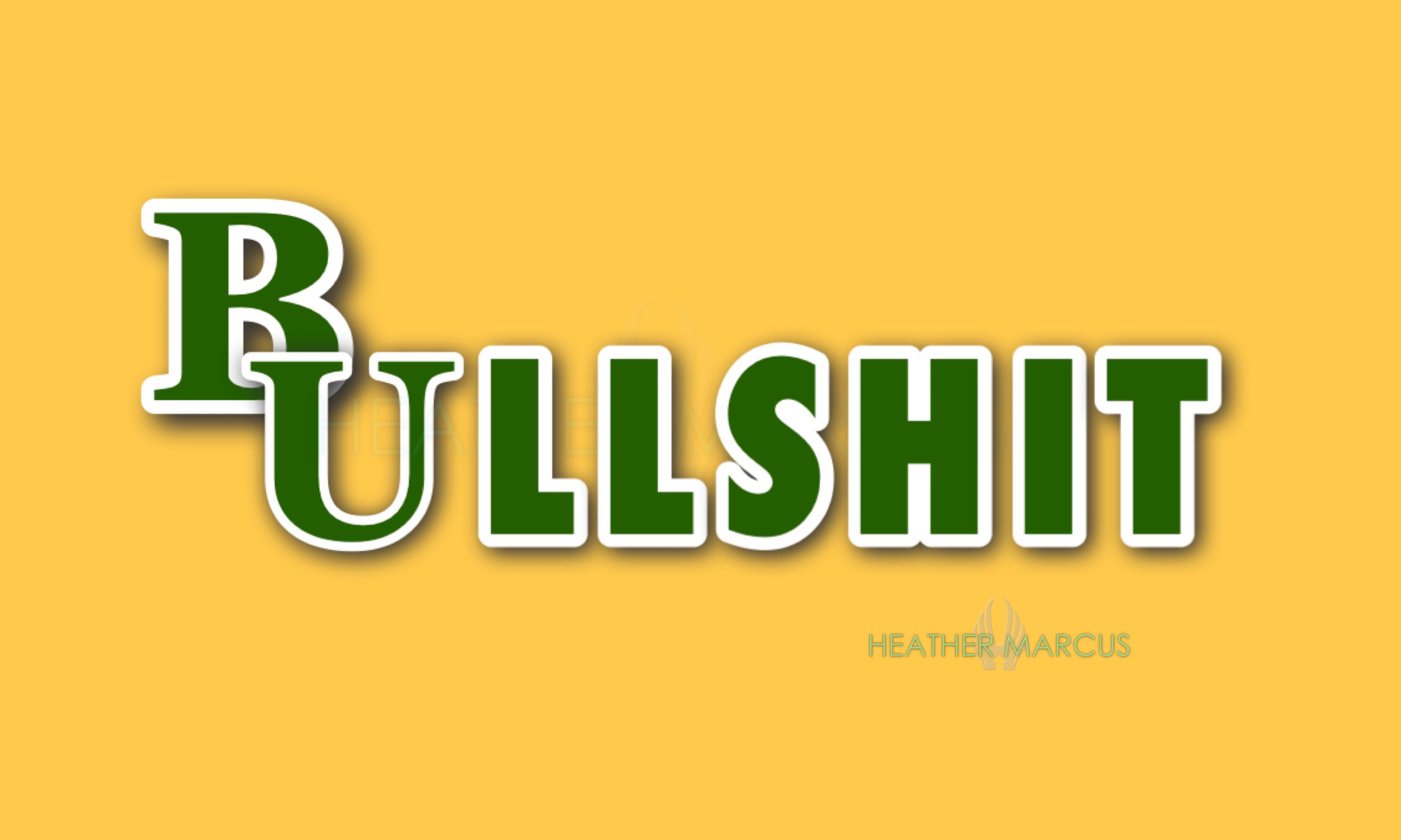