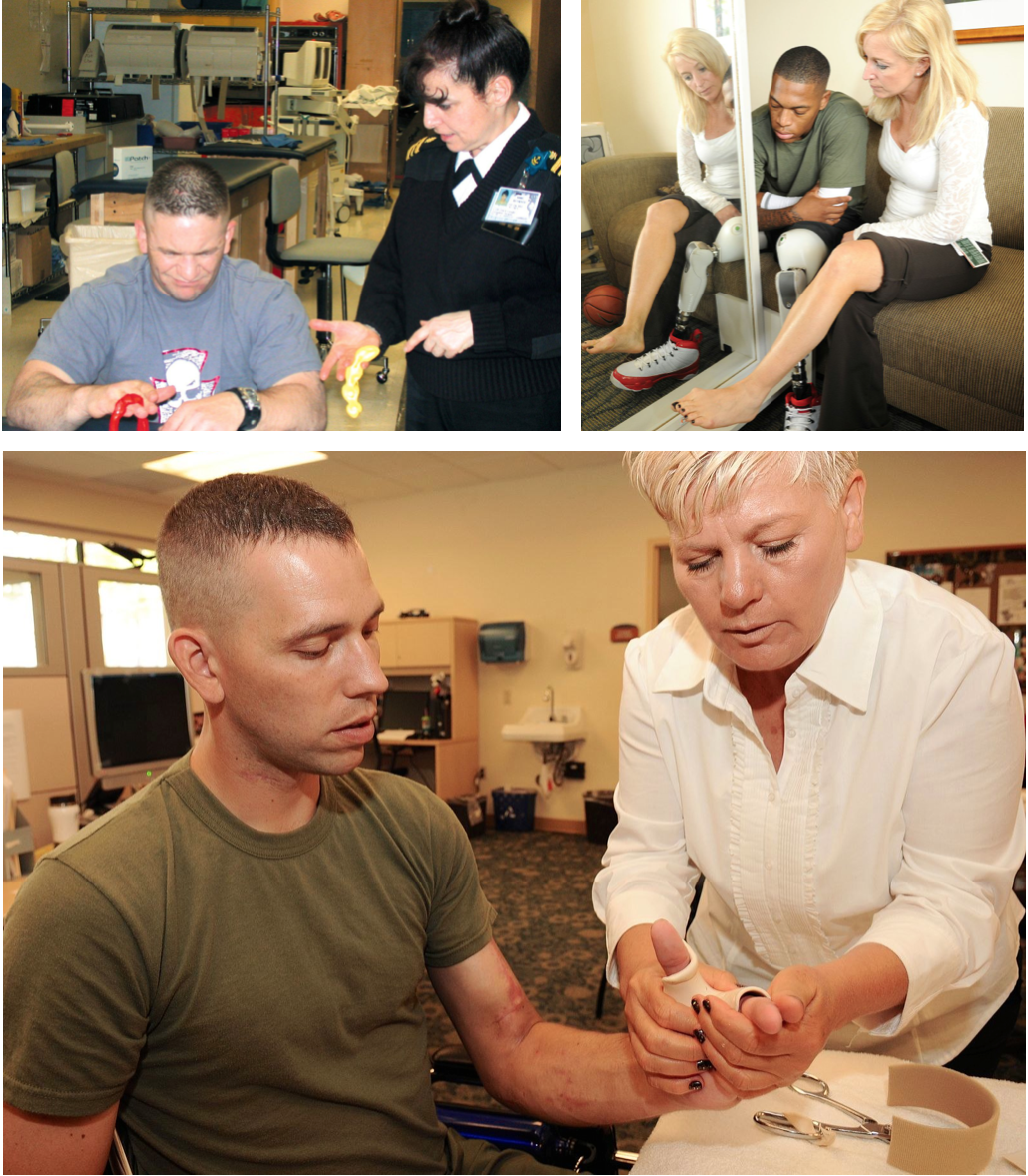 Occupational therapy (OT) is the use of assessment and intervention to develop, recover, or maintain the meaningful activities, or occupations, of individuals, groups, or communities. Learn more About Occupational Therapy here

The American Occupational Therapy Association defines an occupational therapist as someone who:

“helps people across their lifespan participate in the things they want and need to do through the therapeutic use of everyday activities (occupations). Common occupational therapy interventions include helping children with disabilities to participate fully in school and social situations, injury rehabilitation, and providing supports for older adults experiencing physical and cognitive changes.”

The philosophy of occupational therapy has evolved over the history of the profession.

The philosophy articulated by the founders owed much to the ideals of romanticism, pragmatism, and humanism, which are collectively considered the fundamental ideologies of the past century.

One of the most widely-cited early papers about the philosophy of occupational therapy was presented by Adolf Meyer, a psychiatrist who had emigrated to the United States from Switzerland in the late 19th century and who was invited to present his views to a gathering of the new Occupational Therapy Society in 1922.

At the time, Dr. Meyer was one of the leading psychiatrists in the United States and head of the new psychiatry department and Phipps Clinic at Johns Hopkins University in Baltimore, Maryland.

From his statements came some of the basic assumptions of occupational therapy, which include:

These assumptions have been developed over time and are the basis of the values that underpin the Codes of Ethics issued by the national associations. The relevance of occupation to health and well-being remains the central theme.

In the 1950s, criticism from medicine and the multitude of disabled World War II veterans resulted in the emergence of a more reductionistic philosophy.

While this approach led to developments in technical knowledge about occupational performance, clinicians became increasingly disillusioned and re-considered these beliefs. As a result, client centeredness and occupation have re-emerged as dominant themes in the profession.

Over the past century, the underlying philosophy of occupational therapy has evolved from being a diversion from illness, to treatment, to enablement through meaningful occupation.

Three commonly mentioned philosophical precepts of occupational therapy are that:

However, there have been some dissenting voices. Mocellin, in particular, advocated abandoning the notion of health through occupation as he proclaimed it obsolete in the modern world. As well, he questioned the appropriateness of advocating holism when practice rarely supports it.

Some values formulated by the American Occupational Therapy Association have been critiqued as being therapist-centric and do not reflect the modern reality of multicultural practice.

In recent times occupational therapy practitioners have challenged themselves to think more broadly about the potential scope of the profession, and expanded it to include working with groups experiencing occupational injustice stemming from sources other than disability.

Examples of new and emerging practice areas would include therapists working with refugees, children experiencing obesity, and the homeless.