I kinda dumped my purse out in this IG post, but that’s just a defense mechanism saying I use when I get real and then get nervous about being judged for it (“hashtag, self-awareness”).

Scroll back up to check out the post & ‘heart’ it after you’ve finished reading (I’ll even include another link to it at the bottom). This is the caption, which is the most important bit:

Reconnecting with someone from my past has taught me a lot in the past few weeks, bringing full-circle the lesson from events that occurred eight years ago… I loved this person so much; we had a friendship that was unrivaled in its sweetness and curiosity, except for when it came to matters of my own pain (fear and stress from law school, depression from losing my Papaw, not trusting my own happiness). I don’t know how I couldn’t have seen that my darkness was safe with this person, but I was so afraid to face it, much less share it… I was raised, in the typical female fashion, to not share so as to not be a “burden” on anyone else. So, I kept it bottled up & pushed this person away to, in my flawed reasoning, protect us both. Then, it ended up hurting even more to not have them in my life. But, after experiencing and – most importantly – examining the EXCRUCIATING pain from this experience, I learned the importance of vulnerability, of acknowledging my true nature & how events that hurt me tried to separate me from it and caused me to want to build up walls… AND THEN the power of which of those things I chose to give power to. And then, bam, two weeks after that realization (one during which I literally *saw* & liked Me again), two years after I had screwed up one of the best relationships I had ever known, I met the person who eclipsed everything. The person who I learned to trust and express and work through and test the depths of my love with. And THAT has been… WHOA. #TurnYourWoundsIntoWisdom

So, yeah… there that is.

Not only because it’s about a time when I was deeply insecure, but also because it’s so personal and someone don’t grow up the way I did without always having the inkling (even the smallest in the darkest recesses of your mind) that showing your hand is actually just providing cannon fodder for your own demise. 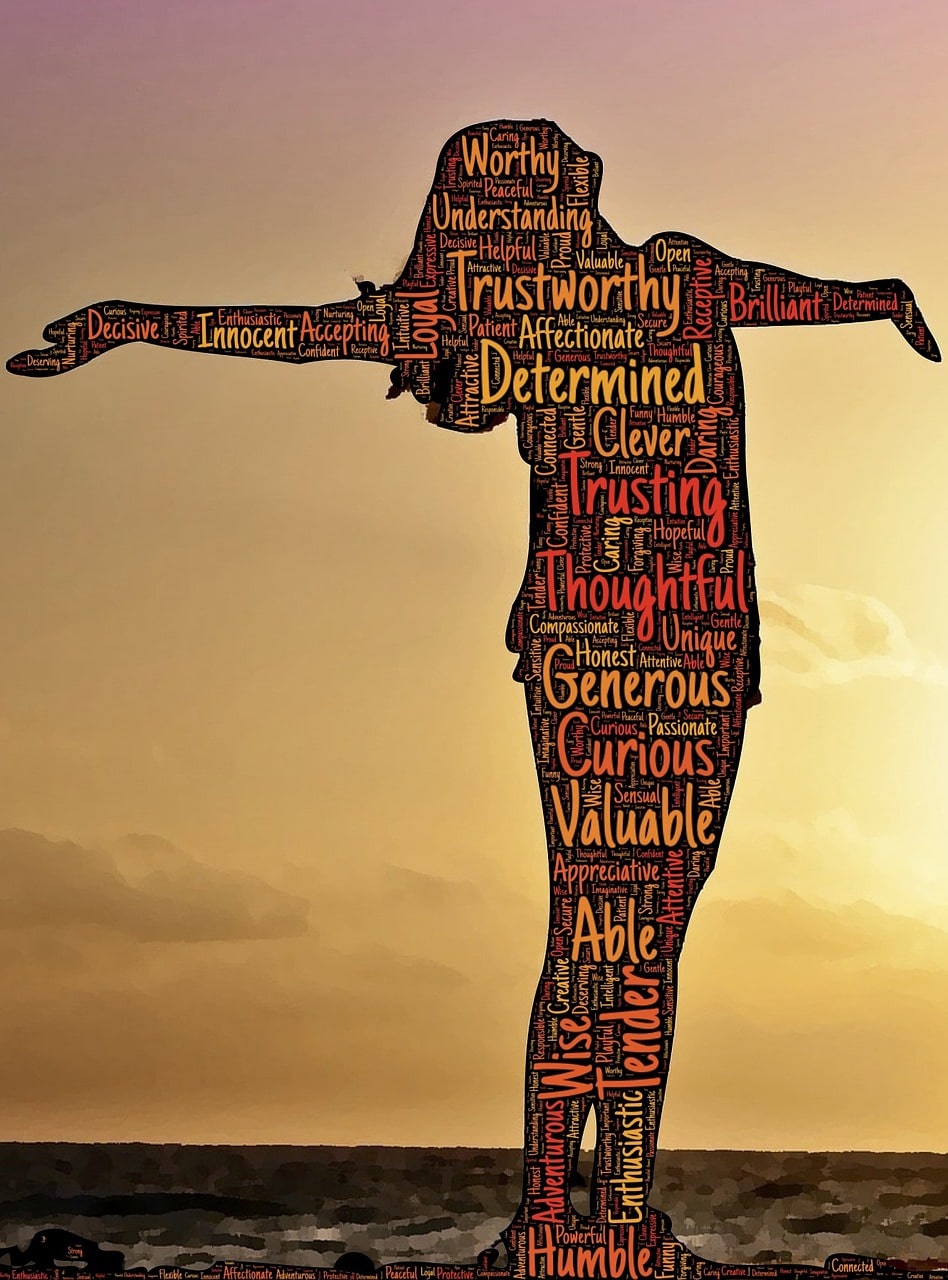 I didn’t trust myself, because I was told for so long that I was a sinner and that anything that diverged from an undefined-yet-pants-sh*tingly-terrifying set of norms would ensure eternal damnation.

I didn’t trust myself, because I had gotten in trouble for doing things that I didn’t understand were “bad,” because they had been done to me without incident.

I didn’t trust myself, because I didn’t know myself. And, without that self-knowledge, I didn’t how to love myself. Or respect myself. Or value myself. Or inspect myself without fear of overstepping the curiosity boundary for which I had been berated for breaching before (most often on Sunday mornings!).

In fact, I was afraid of myself.

Afraid to let anything out. Thoughts. Emotions. Everything inside = CORK

And without that self-security, how could I feel safe with someone else?

And it really blew things up. Relationships from friendly to romantic—they all suffered when I wasn’t honest and open. And the one I talked about in that caption really showed me.

What I wanted to say was: I’M SAD AND AFRAID. I NEED YOU NOW MORE THAN EVER. I NEED YOUR LOVE, FOR YOU TO SIMPLY HOLD ME AND LET YOUR PRESENCE WASH OVER ME. I DON’T WANT TO BE ALONE.

When, in fact what I said was…

None of that good stuff, and the absolute opposite of that last sentence. And the offer was there—I could have said, “Yes, please, come.”

But, then, looking back as I asked myself why I had done that and why I was so painfully miserable. I had nobody to blame but myself.

I didn’t love myself, and that’s where everything had to change.

From the incredible loss I experienced that year (as referenced in the caption quoted above), I had to learn to stay in touch my goodness; to be it and share it. And then to acknowledge, to myself and to those who care about me, when things try to beat, test, or unrest me.

That’s super-difficult at times, but it is so worth it.

I tend to be sarcastic and make light of any situation I’m in. Reference: I came out of anesthesia after cataract surgery and immediately asked my super-brilliant, amazing ophthalmologist if she ever thought about the fact that she has ultimate hand-eye coordination.

And, one day, driving down the highway, I had a thought that actually made me laugh.

That was the moment I knew: YOUR GIRL WAS MAKING A COMEBACK.

I even said to myself something along the lines of, “Damn, there you are… glad you’re back.” Because a lightness lifted up through me, and I felt in-touch with myself again.

After that, life turned around. I stopped being afraid of what I had inside and, instead, finding ways to let it all out while being the grounded version of myself, that is, my true self that had never been hurt.

But I was using the wisdom of my wounds to do it.

There were times when it felt like my childhood self had my adult self by the hand, and was leading me to things while assuring me that it’d be OK. And I would lead Little Me through things, assuring her that we were tough enough to make it & could be happy as we went.

Actually, I used ‘her’ as a reminder of what happiness is.

And a surprise bit of inspiration came during this time from one of the sweetest men I’ve ever had the pleasure of knowing, my graduate professor Valentine Belfiglio, who mused that he, a WW2 vet who still considered himself in-process, figured that love was simply about learning to love yourself and to love others.

But, coming from him, in a class during which we dissected war, in my post-existential-war mind… those words went into my marrow.

And, soon after, I found the person who made me look at another soul and say, “Damn, there you are…”

Made possible by another great love: the one I found for myself.