I have a Twitter friend who used to claim they were located in a Libertarian utopia of the mind.

Libertarianism is based on the concept of free will, a significant kind of control over one’s actions. And Free will is the ability to choose between different possible courses of action unimpeded.

Free will is closely linked to the concepts of responsibility, praise, guilt, sin, and other judgments which apply only to actions that are freely chosen. It is said that only actions done freely should be judged.

In the United States, we have a system of government whose conception came from ideas of individual liberty, freedom of choice, the ability to act at one’s own discretion (to the extent that it doesn’t infringe on the freedom of others).

And that’s where I bump up against my twitter friend, namely when it comes to that notion of responsibility & where it lies.

This twiend (Twitter+friend) is quick to praise constitutional ideas like freedom of speech and freedom of association to, as it appears, act as an apology for racists and hate speech and other acts of social f-ckery.

And I wouldn’t care so much if this person didn’t use it as a response to other people’s OPINION tweets about how stupid and out-of-touch and regressive these anti-civil rights types are. Like, shut up, idiot, nobody is talking about the constitution or government.

But that’s all the conversation seems to be lately. People don’t seem able to think outside those terms. The general ridiculousness of the current administration dominates conversation.

And the morons my twitter friend appears to defend are emboldened (that’s a popular word these days) by the state of U.S. politics. The POTUS run amok has corrupted ethics and morality & caused what so many people deem a “constitutional crisis.”

And legal loopholes play a role, but that’s not as catchy…

Responsibility is hotly contested in debates about free will—some say it’s only about taking action that you are prepared to be accountable for, while others say that, when it bleeds into libertarianism and one’s place in society, ethics also come into play.

Without that element of “if everyone acted like me, what would the world be like?” introspection and awareness, that supposed utopia can never exist.

If people use their liberties to justify crappy behavior, if they cower behind the constitution, we will never know peace. 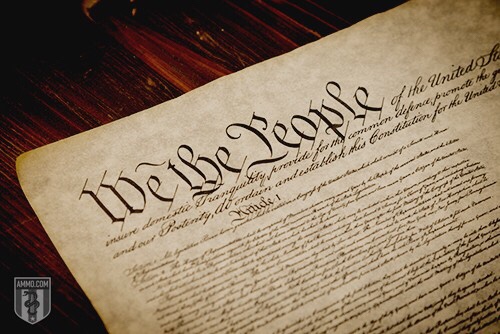