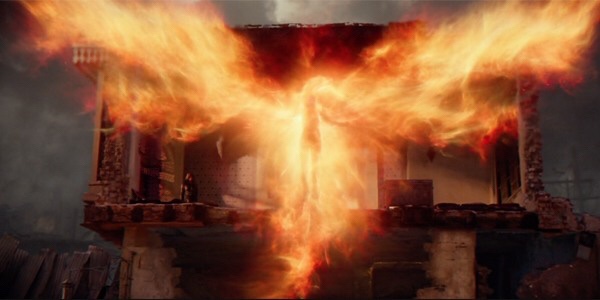 My Dearest and I are comic enthusiasts & X-Men lovers til the day we die (it’s one of our favorite, giddiness-producing, child-like activities). I even used the franchise to relay thoughts about diversity & inclusion… I’m all-in when it comes to Charles Xavier’s heroes.

Naturally, we went to see DARK PHOENIX on its opening weekend.

And it was a big, fat WOMP WOMP WOMMMPPPPPP…

If what actor/director Diego Luna said — Cinema is a mirror that can change the world — is true, then that movie’s mirror is cracked and broken & definitely isn’t doing any world-changing. It didn’t clearly reflect the strength of self-worth and wisdom that Jean Grey can represent.

And that was disappointing.

Because the story of Jean Grey/The Phoenix could captivate, enlighten, and empower people.

Like the review by Mihir Fadnavis puts it: “Dark Phoenix wants you to believe that it is complex and challenging, but it is all fluff and does injustice to the ideas it represents.”

The film’s writer/director said that the film just didn’t connect with people, although he loved working on it (People article here)…

MISS ME WITH THAT WEAK SAUCE.

The bare-naked truth is: they missed the mark.

It’s difficult to capture the complexity of womanhood—what it means to be a gal in our society is a balancing act of delicacy and strength, of being all-powerful conduits for the very spirit of the earth yet being compressed and suppressed by various factors.

You want to let it fly.

But it feels wrong to do so at the expense of others.

But, sometimes you can’t help it.

You’re seen only as a handful of things: babyoven, homemaker, wife, etc. And you’re discounted by a history of misogyny and patriarchy. eVe cAmE FrOm aDaM’s RiB hUrR-dUrR

Yet you withstand the worst things: abuse at the hands of physically-dominant toddlers whose bad behaviors have been validated and excused for CENTURIES; being keen observers, seeing and knowing things are being mismanaged, yet not necessarily having the social or historical or knowledge structures in place to change them; childbirth…

We foster and deliver life, then ours are discounted.

And it feels like a power mechanism. Men want to conquer, amass, control… and it’s tough to harness the full heft of female power. So tough that it’s difficult to capture in a movie.

If you want to view the movie as meta, then – hey – it hits its mark. Because, if you view the movie as representative of what it means to be a powerful woman in this world, then it’s no doubt people didn’t *get* it. But I doubt that’s what they were going for.

Powerful women are often misunderstood because they are extraordinary once-in-a-lifetime kind of people.

Powerful women are different down to their core.

It’s who they are; their big hearts, intelligent minds, and kind spirits. Their depth itself. People aren’t good at understanding what’s different.

They’re not great at embracing it.

And, most importantly, they don’t know how to keep it.

They don’t know what to do with it, so they try to control it. Same as what Professor X did to Jean. The mental blocks he erected in her mind, once she became aware of them, enraged Jean and caused her to turn against him. She raged against the machine. Not an unusual feeling for those of us who have experienced the same in real life.

And the movie could have done a whole lot more to explore and display Jean’s experience of all that. That’s where the power of the story lies.

It’s tough to do justice to such a complex and textured idea. I’ll use a couple of excerpts from Dark Phoenix Didn’t Understand Who the X-Men Are by Charles Pulliam-Moore to illustrate my point:

As the Phoenix, Jean became the literal embodiment of all of mutantkind’s potential, a god walking among mortals who had the power to reshape worlds as she saw fit.

Sophie Turner (the actress playing Jean) pounded some drinks at a party & Cyclops told her she looked great… aaannnnddd that was about all they provided in the way of representing what happens when a women claims her power.

It is true that you become radiant when you come into your own. It’s why you see so many people (not just women) go through a second adolescence & then look better as they get older. (I know Jelaine and I have followed that pattern)

If they’re in touch with their spirit and intuition, then join those with an independently-chosen application of those gifts, women blossom. It’s truly divine.

And, like I said before, it’s only a matter of overcoming the mental blocks or gaps in experiential know-how. I would have loved to see Jean’s potential to shape the world for good to truly highlight her power, which would have played nicely against the demonstration of her destructive power.

Being able to relate to Jean and her struggles with her identity is just as important a part of the Dark Phoenix Saga as the firebird itself, but her issues are presented in a rushed, hamfisted way, and it ends up feeling like a botched attempt at something that could have been wonderful.

Ladies and gents alike, if you’re reading this, I hope you come to truly know your power. And, when you do, I hope you use it magnificently.