James Baldwin was an American novelist, playwright, and activist. His essays explore the intricacies of racial, sexual, and class distinctions in Western societies, most notably in mid-20th-century America.

Baldwin never seemed to falter in speaking truth to power, in calling out what needed to be called out, in living his truth. He was a queer black man during a time in which it was neither comfortable nor easy to be anything other than a RWHM (rich, white, heterosexual male). Social obstacles be damned—Baldwin was a strong voice for equality, equity, rights for the under-represented… all the things.

He brought the fire, then put it out with some tea—check out this debate with William F. Buckley:

Many of his insides are timeless, and his courage to stand up for what he felt was right is legendary. And the thing I appreciate the most about James Baldwin is that he was unapologetic in being who he was. He lived his truth.

Living your truth is so important.

Being true to one’s self is the greatest act of self-respect and “self–love” a person can undertake, if you ask me: it requires that you are in touch with your truest feelings, and then brave enough to act on them.

To thine own self be true, right? And famed psychologist Carl Jung said, “The privilege of a lifetime is to become who you truly are.”

One of my friends recently brought up the antisemitic and anti-Muslim attacks that have happened at the hands of white supremacist terrorists around the world, and brought up the fact that—especially in the belligerent drumpf era—many peoples’ truths are that hatred and ignorance.

To pull a James Baldwin quote from the collection of gems at the bottom of this post:

I imagine one of the reasons people cling to their hates so stubbornly is because they sense, once hate is gone, they will be forced to deal with pain.

I think these people who create and spread and enable violence lash out because of the incredible pain their fear causes.

VP Pence, that wooden doll from the 50s, seeks to destroy the lives of and reputations of and place in society for homosexuals because he fears disobeying the angering his god. 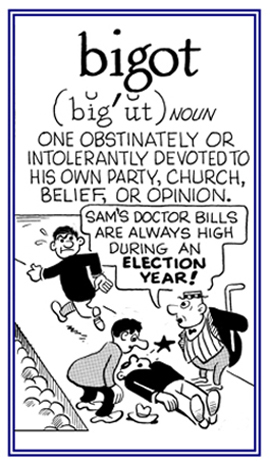 The timing of the most recent mosque shooting was no surprise to me—it came on the heels of news reports saying that jihadists were calling for the destructions of “the Crusaders,” a dog whistle for many Christians and white people in general. Most of the attacks come from the same fear.

I pity the people whose world views are so small and autocratic, those of any and many different faiths. They are ruled by so many constraints that they resist differences and demand adherence to such a severe degree that they resort to the only thing they can think of: “strongarm” tactics meant to cajole and intimidate.

And I put the word “strong” in parenthesis because they are, truly, weak.

Their truth is fear, yet it wears the face of hate and violence.

If they were to live their actual truths, they would address their fear and take action to allay it. They would deal with it within themselves first. And, if they were taught to be patient and understanding of their true selves, I’d bet they would not resort to violence.

Living my truth has been an ongoing process, and I’m not perfect in doing it. But I seek to know myself: I try to remember who I am first—happy, kind, loving—and understand how what I’m feeling may enhance or interfere with that. And I’ve been trying to act in the ways that reflect my higher goals and personal aspirations rather than reacting without consciousness.

There have been timea in my life that I only operated from a place of fear. I would snap, or be ugly or prickly. Knowing that now, I have learned to listen: when I’m sad or scared or anxious, I have to remember that those are obly passing feelings. Those feelings, now, tell me to be honest and vulnerable about them; and they provide a roadmap to what I need to lean into. They may be my true feelings, but they are not my true nature.

Digging into my truth helps me live even more in it.

I hope this perspective helps. We can do better, and this is my little attempt at inspiring us to do so.

Check some of the best James Baldwin quotes:

An identity would seem to be arrived at by the way in which the person faces and uses his experience.

It is certain, in any case, that ignorance, allied with power, is the most ferocious enemy justice can have.

To be a Negro in this country and to be relatively conscious is to be in a rage almost all the time.

Children have never been very good at listening to their elders, but they have never failed to imitate them.

I imagine one of the reasons people cling to their hates so stubbornly is because they sense, once hate is gone, they will be forced to deal with pain.

The price one pays for pursuing any profession, or calling, is an intimate knowledge of its ugly side.

Love does not begin and end the way we seem to think it does. Love is a battle, love is a war; love is a growing up.

The most dangerous creation of any society is the man who has nothing to lose.