There is a concept in decision-making called satisficing which describes the process of searching through available options until you arrive at one that meets “threshold acceptability,” that is, it is satisfactory and suitable and has enough of the characteristics you’re looking for to be acceptable.

Those technical terms make it sound kinda lame, if you ask me. Think about describing your significant other as “meeting the acceptability threshold”! (I actually laughed out loud writing that, and have repeated it twice in my nerd voice… ahh, now it’s three times.)

Yes, there’s this notion of “the one”… but, REALLY, can that be completely true? There are 7+ billion people on the planet, and we have a very limited array to choose fro in our personal lives. And we change as life goes on. And other people change… So, we find one who meets the right conditions for our own preferences, and we make the best of things while we can.

More like “the one I’m choosing to Tim Gunn it with” (”make it work!”)

Choosing a partner is a personal and subjective matter. Even buying a car: options are dictated by purchase power and, within that range, nearly-identical across the board… so it becomes about preference.

But, what happens when we have to hire someone from a range of nearly-identical people? We’ve seen that personal preferences dictated by bias (or even outright prejudice) are legally problematic for companies. The job itself is an objective “thing” that doesn’t require demographics, but qualifications.

And that’s where the delineation seems to exist: in the difference between the objectivity and subjectivity of situations with the former often required and the latter a luxury.

I had a friend who was 34 and had congestive heart failure. But he was a stubborn “I do what I want” type who wasn’t gonna sacrifice his ego for his future, and somehow believed he was exempt from the consequences of his poor diet and recreational habits. He was too subjective, and not objective enough. And now he’s 39 with a pacemaker, unable to play with his kids. 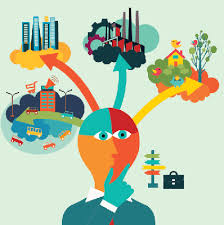 Back to the dating portion, though…

I know a lot of people who stay in relationships out of habit or fear. I know others who leave good relationships for fleeting emotions.

In college, I wanted to break up with a guy who was a really great, nice, fun guy… but who I didn’t see a future with. Like, literally, I didn’t picture myself being old with him doing the same ol’ same ol’. He was a great friend, and we were much more on that level than anything romantic.

But, some of my friends (who were small-town-raised and -minded) couldn’t believe I’d want to dump him. They weren’t into actually being compatible, and saw guys as providers – very stereotypical of Texas. They didn’t care that I didn’t find him appealing in that way; they just saw a nice, respectable guy who was handsome enough…

One of them actually accused me of chasing rainbows, worrying about what else was out there. And I said, “Yeah, because my end goal isn’t a relationship.” If it was, he would have met my acceptability threshold. But what was acceptable for me was a different set of metrics.

The “WHAT IS” in that instance was: this is not what fulfills me. It wasn’t a “what if something better is out there” like they thought. But, also typical of women in the south, they weren’t very attuned to what actualy makes them happy.

That’s where the subjective/objective theme comes back around: knowing what deserves your emotional input, and not giving it to what doesn’t, and knowing WHAT IS for you.

[I’m gonna have to write about how this applies to all kinds of issues, bc… man, that’s a solid premise.]