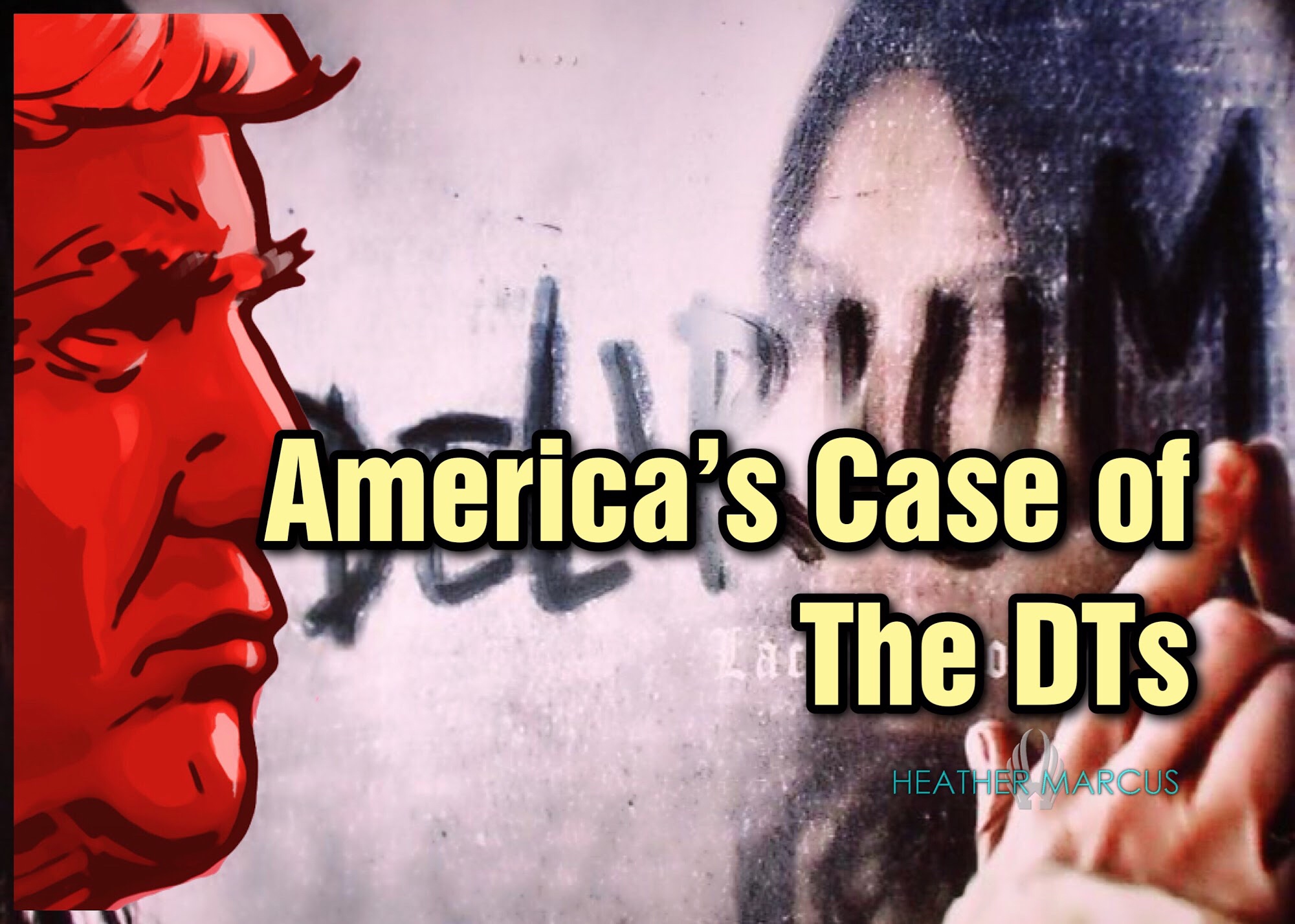 Soapboxie asked if the current presidency is making us sick.

David J. Leonard described himself as “[a]ngry, depressed, and sad,” due to the toxicity he experiences in everyday life. And mental health professionals have cautioned that people should take care to be aware of politically-fueled negative emotions and their resulting physiological manifestations because, as The Atlantic reported:

Since 1999, the suicide rate in the U.S. has gone up across all racial and ethnic groups, in both men and women, in both cities and rural areas, and across all age groups below 75. These stunningly consistent trends come from a new Centers for Disease Control and Prevention report. Overall, the suicide rate has increased nearly 30 percent.

Substance use has skyrocketed. Everything from booze to opioids, and CAN WE TALK ABOUT HOW JAZZED PEOPLE GET WHEN THEIR STATE FINALLY GETS ITS HEAD OUT OF ITS BUTT & LEGALIZES MARIJUANA?? Therrrre’s a reason for that.

People have come up with other ways to cope, too. Like, these 10 Drug-Free Ways to Cope that include everything from cat videos to “prolling” Yelp with Red Hen reviews. And I’m currently working on a business plan to bring people some peace of mind, because that’s the point we’ve come to.

Because America has a major case of The DTs.

Delirium tremens, aka: The DTs, is a condition many serious alcoholics experience when they try to break their addiction. It is marked by confusion, nausea, and other physiological maladies.

But, the US has created a new version of The DTs, in the style of Diabetes 1 & 2. It was brought into existence in the 40s and, one can only assume now, crafted in a Russian laboratory. It is fed by cheeseburgers and corporate money, and may be exacerbated by holidays with your family.

Maybe the majority of voting Americans were too high on the former administration, drunk on the Hopey-Changey stuff, & are now experiencing the worst withdrawal symptoms of their psychological lives (hilariously enough, the current president also claims not to drink). It would make sense, the cognitive dissonance they’re experiencing, as everything they thought they knew about their country, their people, & their own selves has come crashing down around them.

Cures include: educating yourself (but, as a former college government professor, I know that’s a stretch), so you can follow me on Instagram for cute animal pics and humor and uplifting posts.

If you are having thoughts of suicide, please know that you are not alone. If you are in danger of acting on suicidal thoughts, call 911. For support and resources, call the National Suicide Prevention Lifeline at 1-800-273-8255 or text 741-741 for the Crisis Text Line.