The internet whinery is operating at full capacity once again. Such is life in The Age of Outrage.

This time, it’s producing case after case of its finest, because Scarlett Johansson is playing a trans man in Rub & Tug.

That’s right: an actor is…

About twenty years ago, Hilary Swank—a cis white woman—was celebrated for portraying a girl who dressed as/”felt like” a boy. It was “brave” to tell that kind of story then, because non-binary, much less transsexual, positions were super-taboo. Non-traditional ANYBODIES were killed for being so, and there were far fewer people who seemed to speak up with a problem about it.

Now, people are angry at ScarJo for doing the same damn thing.

They’re angry that a “real” trans person wasn’t given the role. They’re calling it “appropriation” because she’s a fair-skinned, husband-having lady who took a job. Some condescending twit on twitter even tried to “comsplain” (complain+explain) to me that people should be hired to play characters that have their same demographics. Because, ya know… acting is pretending.

It started as a “forced casting” stance, then switched to an “access to opportunities” argument (which there is nothing to indicate was a problem). “Hire a trans person to play a trans person” – Check it out. It took everything I had to suppress a Liz Lemon-level eyeroll.

By that guy’s “logic”, trans people can’t turn around and play straight characters, and that seems much more harmful in the long run. But that’s exactly where that type of “reasoning” ends: “gonna promote you into a corner”… It’s well-.meaning, but misguided.

That twit is a prime example of “proactive pigeonholing”—people “advocate” so hard for acceptance & representation, then limit that group who simply wants freedom to be to only their category, only their stereotypes, only what society deems they “should” be.

Instead of being truly accepting & open-minded, they end up being just as dogmatic as the people they oppose. It only looks different because it’s in favor of historically-marginalized groups (whereas conservatives start out on the anti side of these issues).

What would otherwise be the positive act of standing up for “underrepresented” or stifled peoples becomes categorization & limitation in its own right. Here’s how I’ve lived it: 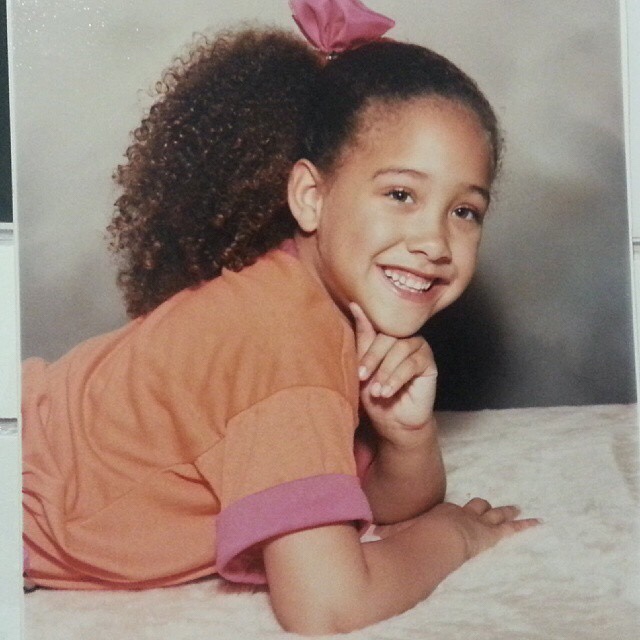 Let’s take this mane of hair I’ve got. On my own head. In Texas. Where it’s hot as sh-t, ESPECIALLY if you’ve got an unremovable fur coat on.

So, I straighten it. I cut it. I make it look the way I want it to look for how I want to look and feel.

And people have called me a sell-out, questioned me for not embracing my “natural” hair. As if I didn’t catch enough stigmatization for having curly hair, I had to deal with people on my “same side” of the discrimination line forcing me into a role.

My sexuality has been called into question for not “looking” or “seeming” gay enough. (And, like, don’t categorize me like you know me)

The only solution I have to offer is: look for actual harm.

Think about the business production companies, movie studios, etc are in. It’s not personal. It’s business.

I know some dumbass out there will say, “That’s what the Nazis said…” And I’ll punch you dead in the throat if you even dare to say I’m advocating that level of treachery. The casting choices didn’t set out to hurt or limit actors. Actively enabling genocide is farrrr different from making profitable movies for spoiled Americans to consume and bitch about.

Other people will say that we should value people over profits. And I agree that it’s an uncomfortable and unsettling aspect of business. But it is the reality that, sometimes, doing business isn’t going to make everyone happy. But is that anyone’s job? And we have a capitalist economy—again, that’s just a reality.

Besides, nobody’s stopping anyone from making a movie, tv show, or any body of work about any type of character they’d like. The beauty of freedom. And doing so WOULD proactively create the types of opportunities so many people out there so-adamantly whine for.

Sidebar: Can I start a “complaign” (complain+campaign) against people who aren’t doing anything to compete & create a new reality?

Gonna throw out an old initiative line of mine before I go enjoy my hair-free neck on this 95-degree day with my gf & our 3 dogs (hella gay):
MAKE YOU HAPPEN