We have a democracy in the United States; actually, a constitutional democracy. We give our government consent to exist by way of our votes; whoever gets the most votes in the scheme established by our governing document gets to rule.

They earn our votes by representing positions on matters of personal and public import. Public opinion, social issues, equal rights… they manifest in different ways, and their “correct” resolutions depend on peoples’ perspectives.

It’s no secret that I think many people have no idea how to think properly about government issues. They miss the fact that they’re perpetuating fewer rights for citizens, AND THAT THEY ARE A CITIZEN, because they’re so worried about punishing or stifling one group or another.

In the same way many people miss the disparity of economic considerations and interests between owners and workers, they miss the fact that government rules the people, ALL the people, and they’re not exempt because their side “wins.” Lack of understanding (and some masterful propagandizing) prevents their thinking of government in its proper context.

Nowhere is this more obvious than when someone is denied service for who they are.

Just yesterday, Sarah Huckabee Sanders was asked to leave a Red Hen restaurant because she represents an ideology and administration the restaurant owner finds morally repugnant.

Earlier this summer, the Supreme Court ruled that a Colorado law infringed on a baker’s right to refuse service to a gay couple. It’s important to note that, even Gough I think that sucks, having a law degree prevents me from (1) being too upset by it, and (2) saying anything in the form of “they allowed him to be a bigot.”

People on the right cheered for the baker.

People on the left cheered for the Red Hen.

It’s business as usual these days.

It’s expected in a country divided, where Whataboutism runs rampant & personal accountability seems to be MIA. 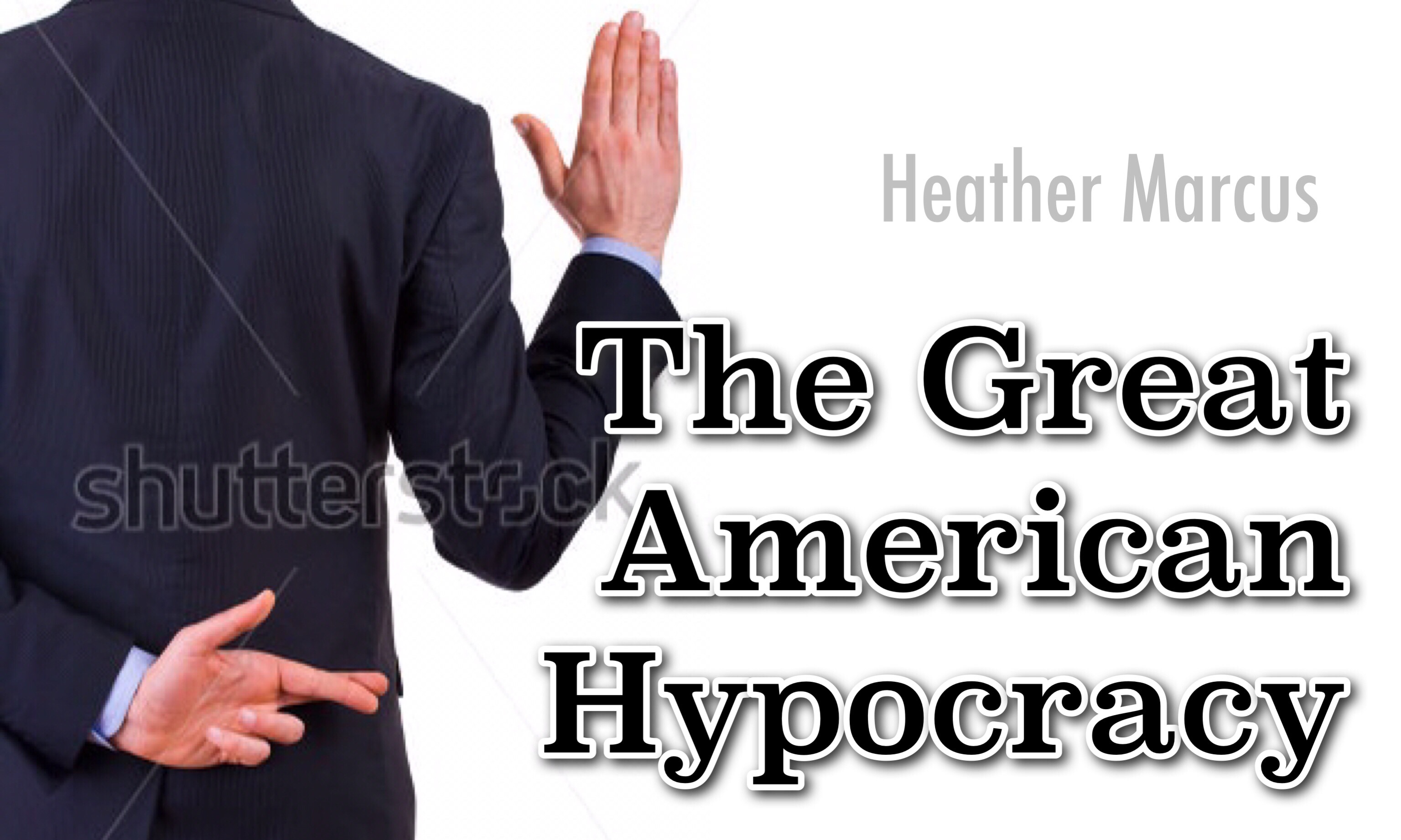 Hypocracy—rule by the pretense of having superior moral standards or beliefs to which one’s own behavior does not conform.

It’s a practice as old as the country itself. Jefferson wrote that “All men are created equal” while owning 600+ slaves. We “uphold deeply-held beliefs” at the expense of others and in such ways that perpetuate more negativity than they promote the proliferation of our positions.

A false virtue has pervaded our society, exacerbated by fearmongering and posturing, manipulation and deception.

An affected sense of superiority based on nothing more than one’s personal values and view of the world has justified—much to Michelle Obama’s chagrin, I suppose—sinking as low, then lower.

It is a conscienceless devolution into ego-justified vengefulness and spite. And it has served us no good.

If we want better, we have to do better… because these goings-on are specious at best.