The other night, my little brother admitted struggling in his Literature classes (not atypical for a boy).

My eyes flashed at the first sign of trouble. Any time there’s a threat to my brother bear, the grizzly in me starts to rise up…

Big sis just wants you to be alright.

And that’s exactly what I told him, in addition to, ”Don’t ever be embarrassed to come to me… about anything.” And I ended with, ”If I don’t know, I can’t help you fix it.” (Luckily, Brother is a genuinely-nice, chill dude & I don’t have to worry about that coming back around in the form of a body in a trunk!)

As thoughts do in my mind, that final thing I said to him echoed for a few days after I said it… If I don’t know what the problem is, I can’t fix it. It rings true in all aspects — as a friend… as a girlfriend,,, as a daughter… as a sister… as a fellow citizen…

A friendship of mine broke down because he thought a post I wrote applied to/was directed at him. It didn’t/wasn’t. How do I reconcile the disparity between my truth and his perception?

Another broke down because a surprise birthday gift conflicted with his being in town, and I didn’t cancel. How do I reconcile his hurt feelings with the 99.9% other people and events that happen in my life?

Now, extrapolate those emotions and situations to all of society. Remove the personal connections between people, which adds considerable distance between them and their ability to see eye-to-eye, but keep the self-importance of one’s own feelings and agenda… yeah, and you wonder why we have such insane social problems.

It’s tough to communicate with people when they don’t share your view of reality.

How do we fix problems when we can’t agree on what they are?

We see this happen in society, especially surrounding political issues.

Beliefs, opinions, & perceptions cloud our public discourse, so we end up hollering at each other from our own POVs without giving a second thought to the fact that they view just miiiiiight be different elsewhere.

There’s also a major problem with peoples’ understanding of what government’s role is, but I’m done teaching those classes… too many people deserve Fs when it comes to their participation in that subject.

All I’ll say is: if more people understood the proper context for government, they wouldn’t get themselves so worked up about it.

But, nah, that’s too much thinking, too subtle and complex for the social shouting match… (do you ever think about the media warfare that rages day after day & makes life seem so insane?) 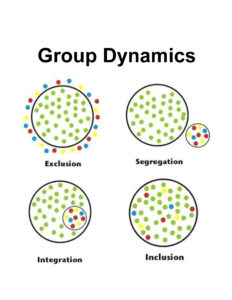 Whooo, let me bounce back from that cynicism & sarcasm…

There are first principles, ideas and values much larger than the singular issues we fight over; and if we could tap into those more clearly, we might find some clarity and peace.

Example: the fight about reproductive rights, which includes abortion. Nobody likes the idea of killing babies, and that’s NOT what the pro-choice stance is about. When it comes to legislation, it’s about how much rule you want to give the government over someone’s privacy & choices. Simple as that.

Now, if YOOUUUUU don’t want people to get abortions, (1) don’t have one yourself, and (2) take up an effort to prevent that [an educational effort, a community effort, a business if you can figure out how monetize abortion prevention]… but leave the whole business of legislating beliefs and opinion in the garbage where it belongs (don’t even get me started on the separation of church & state).

Get to the core of issue & things become much clearer… Too bad it’s not that easy to do.

There’s so much chalk on the proverbial blackboard… & it’s super tough to walk back all the buildup of these issues in the public conversation & in peoples’ minds.

Take marriage equality. Tons of people saw it as a problem that two people who have the same bathing suit areas would get married. Others saw that stance as a problem. When it came to the government’s involvement, the problem was equality — in the form of access to a government service — which is why the Supreme Court decision came down the way it did.

It had nothing to do with telling Christians they’re wrong for their beliefs. It had nothing to do with “supporting the gay agenda”… but that’s exactly how people took it. The feelings of rejection & superiority & resentment & representation pushed people further away in the greater scheme of life when it really only applies in one specific context: individuals’ relationship to the government, or the government’s “size” in our lives. [Sidenote: that’s why people call Republicans hypocrites when they claim to want “small government” then try to control everyone’s personal lives.]

Since I can’t decide on a good closer for this post, I’ll end with this quote & a final thought after it:

“There are a thousand hacking at the branches of evil to one who is striking at the root.” – Henry David Thoreau

I can’t provide a solution, only a suggestion for arriving at some. We have to talk more to each other, find solutions rather than wait for them to be “handed down” to us, and – OURSELVES – be the genesis of better relations.