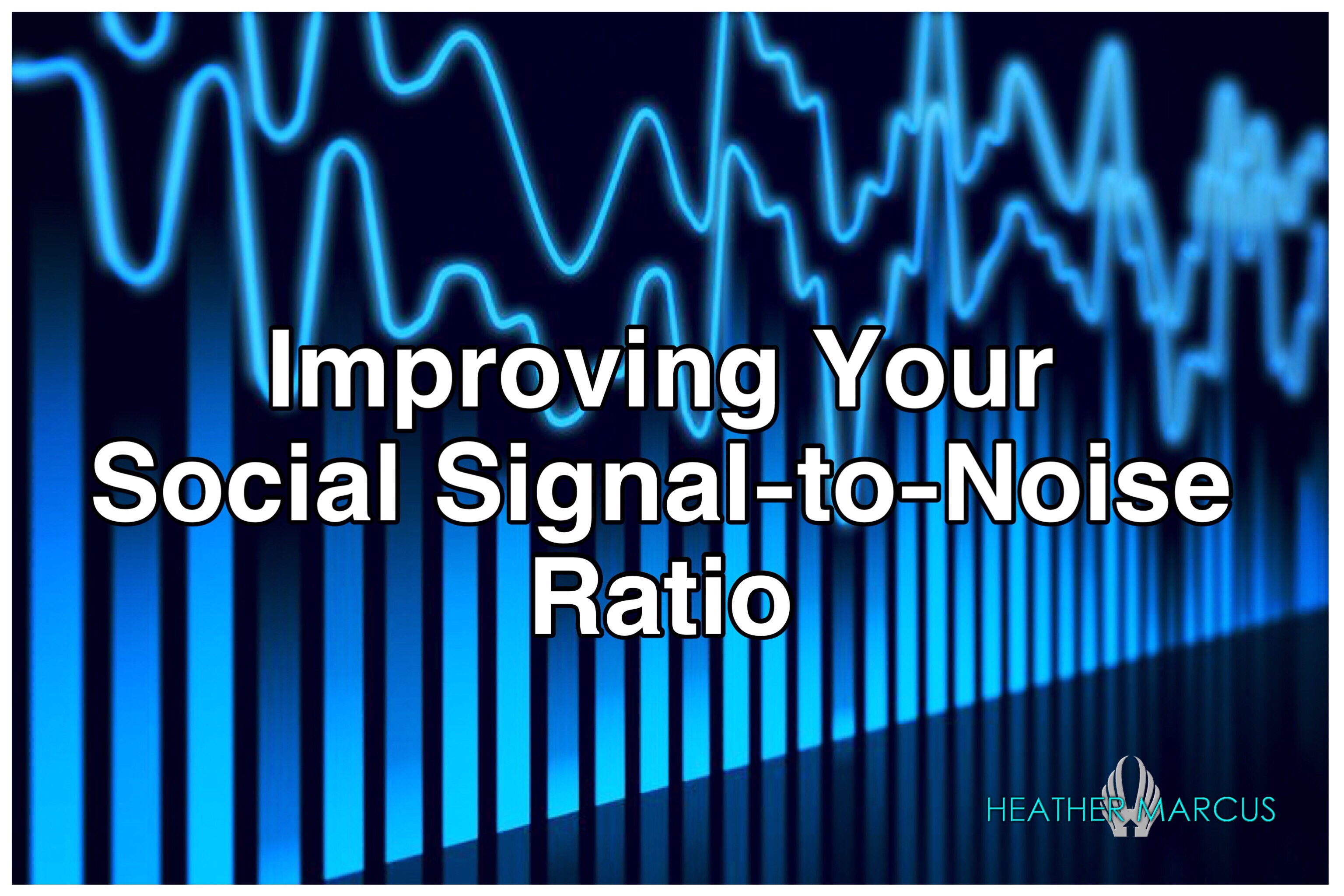 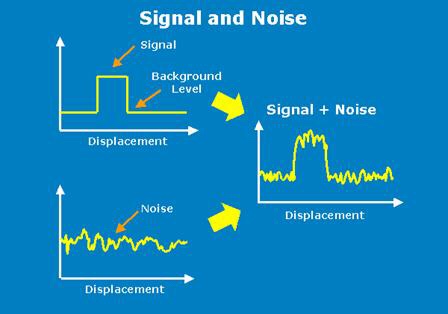 Signal-to-noise ratio (SNR) is “a measure of how much useful information there is in a system (for example, the Internet), as a proportion of the entire contents. It is used in science and engineering to express the level of a desired signal to the level of background noise. A ratio higher than 1:1 indicates more signal than noise.

While SNR is commonly used for electrical signals, it can be applied to any form of signal. Signal-to-noise ratio is sometimes used metaphorically to refer to the ratio of useful information to false or irrelevant data in a conversation or exchange.

For example, in online discussion forums, off-topic posts and spam are regarded as “noise” that interferes with the “signal” of appropriate discussion. And take the news — it’s all noise until the various outlets send out their version of the story (the signal) to the receivers (the people).

And think about what crap you think of the news that doesn’t fit your view of the world. Or what you think of peoples’ political views — from the right to the left — when they differ from the conclusions you’ve drawn along your life path.

Think about when someone says, “NFL players are kneeling to protest unarmed people being shot by police,” and somebody goes, “That’s disrespectful to the flag!!” And some other dunce goes, “You know, the highest murder rate is actually white-on-white…”

And then you just want to punch them in the throat for being such off-topic boneheads. Like, “Shut it down, Ralphie Wiggums”… My cat’s breath smells like cat food!

[Also, Whataboutism is for insecure nitwits without meritorious “arguments”… so quit it.]

It’s hard for people to stay focused in this *delightful* Age of Spin, and even harder to make inroads or engage in useful dialectic without proper context… but, if you want to make connections or progress towards your goals, it’s a must to cut through society’s noise & make your signal as unmistakeable as possible.

Heck, this could even help your personal relationships…

The Distance of Diversity — the disparity between two peoples’ views of reality — can be quite difficult to overcome. Messages can be lost in translation or altogether, disturbed by the plethora of internal and external noise that surrounds us in daily life.

Emotions, biases, and lack of information can affect whether or not someone hears and understands your message. And being able to convey meaning and engage others is everything, which makes it necessary to improve your signal-to-noise ratio in social communications.

So, without further delay, here are 5 tips for doing just that…

In the case of public conversations, you can think of it instead as “controlling conditions,” that is, by stating and repeating and reiterating again your main point.

People won’t hear it. Trust me. I’ve done this well, and I’ve failed horribly at stating a point & not being swayed from it.

People will try to being in tangential points. Don’t be afraid of telling them something like, “You make a valid point, but that’s not what I’m talking about here.”

The enemy of your signal is noise.

Sometimes, you can predict the noise that will occur. This can be based on the subject, knowledge of your conversation companion’s background, recent events which have framed opinion, or any number of intel data you’ve gained.

Luckily, when you know what to prepare for… *gasp*… you can prepare.

Set people up to successfully filter or process your signal.

3. Know Thy Audience… for they are your friend

Often, public discourse turns into verbal streetfights. And with speed.

Overcome the noise in the previous tip without making it a personal attack on the other person’s character. The cognitive noise you’ll be up against is stronger than your one, new signal. But that can be overcome.

Instead of seeing their noise as a roadblock, use it as a tool in the pursuit of successful dialogue — acknowledge it and its influence on the conversation, and let it be a reference point to compare and contrast & ultimately find understanding with.

4. Go Where There’s No (Or Little) Noise

It may be tough to find a place where your signal meets absolutely no resistance (because who actually can be all Zen-Buddha 24/7?), but there ARE a few areas where the noise is low or has no effect on your transmissions.

That’ll give you a chance to establish some anchoring lines. Additionally, the more encompassing & accessible your message is, the more chance of it being effective.

The noise of our lives ebbs and flows. Some days are noisier while others are more peaceful.

If you’re sending a signal that’s on-message for what you hope to convey, it will always be there — high tide or low — when others are ready, willing, and able to pick it up.