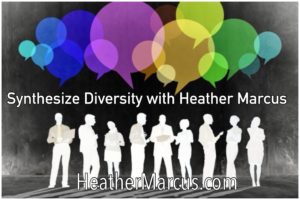 With leadership positions at companies still lacking diversity, one could argue that companies are creating diversity programs primarily as PR moves rather than sincere attempts to make measurable changes in the way business is run.

Uber can release as many of its diversity reports as it wants, but will women in that company experience fewer instances of harassment?

Remind me again how policy, pieces of paper, and statistics keep people from doing “bad stuff”?

The fact that companies are still not diversified could present a challenge for workers in every underrepresented group. According to a study published in the Journal of Personality and Social Psychology, the number of workers from a specific group can be a gauge of how effective a diversity program is. If there are very few workers from a specific group, programs stressing differences are likely to be ineffective.

However, if there are many workers from the same group at a company, but they are underrepresented overall (for example, women, who make up over 58% of the civilian workforce but might only total 30% of a company’s workforce), programs stressing equality in the workplace for all groups may be more effective. Despite this kind of research, many diversity efforts do not address the different needs of various groups within an organization.

The very discussion of diversity can be troubling for some groups. Many companies focus on specific diversity initiatives, such as expanding racial diversity in the workplace or bringing women into leadership and tech positions. However, true inclusivity must also address the needs of LGBT workers, the effects of ageism, and other relevant issues such as immigrant workers. Real inclusion must also take into account the perspectives of employees around the world and the generation of younger workers that is increasingly prominent in the global workplace.

True inclusiveness has to mean EVERYONE.

The challenges that women experience at headquarters, for instance, might be quite different from those experienced by women in other countries. While women at headquarters may struggle with access to leadership roles, gender discrimination, and sexual harassment, women in emerging market locations may be more concerned with safe transit for getting to company facilities, social stigma against working mothers with young children, or dual track hiring policies that channel most women into non-professional administrative or temporary manufacturing worker roles.

As companies launch diversity initiatives, there is the potential that some groups will feel excluded by the very programs intended to include them. Even when publishing diversity reports, companies tend to focus only on a few different types of groups. People with varying personalities, immigrant workers, employees in subsidiary locations, and others may not be included overtly in the discussions.

Another troubling piece of information is the question of whether ineffective diversity efforts can do more harm than good. According to professor Alexandra Kalev of Tel Aviv University, some research shows that companies with mandatory diversity training can actually experience lowered management diversity, an issue which clearly needs more study. Kalev points out that voluntary programs in which management took an active part saw much better results and an 80% average participation rate.

If you’d like to create a kick-ass d&i culture, I can help. 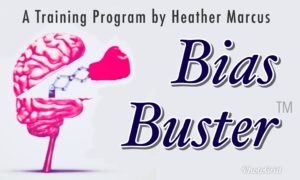