If we all agreed on everything and were always cooperative, there would be no need for public discourse because everyone would want the same things.

In reality, the United States (and countries with similar social and political systems) is what’s known as a pluralistic nation. This means that the population is made up of people from various racial, ethnic, and spiritual backgrounds, all of which influence their beliefs and opinions. As a result, people want different things for themselves and their country, which puts them at odds with other groups. For example, atheistic young people are generally in favor of same-sex marriage, while religious conservative groups tend to oppose it. 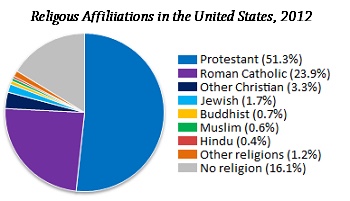 What if everyone just lived by their own rules and did whatever they wanted? You can probably imagine that such a thing would cause absolute chaos and isn’t exactly the best way to go about operating a country. Therefore, to keep the nation from collapsing, there needs to be some compromises, laws, and social expectations that will hold everything together, all of which we arrive at through public discourse.

Why Public Discourse MattersThough not exclusively political, in the US, public discourse has a lot to do with our right to free speech and the fact that we have a representative government, a system in which different towns, cities, and counties are represented by individual politicians. We elect these politicians so that our beliefs, needs, and wants are brought to the attention of the federal government, who craft laws based on those things. Given that, public discourse is the primary forum in which individual people can voice their concerns and wants and become educated about the concerns and wants of other people.

The Distance of Diversity can make reconciling difference difficult.