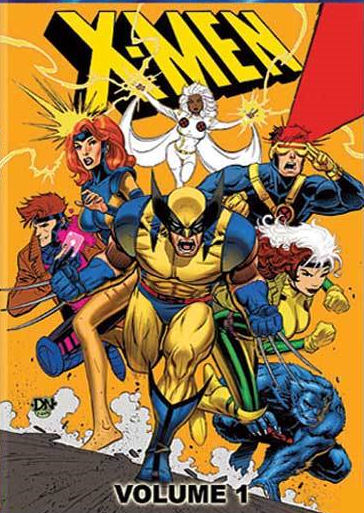 One of my all-time favorite franchises is X-Men. The comics, the cartoon, the movies… even the arcade game – I played it at Chuck E. Cheese’s once for an hour straight (and was crushing it so hard that kids were gathered around, putting their tokens in to help me keep the game going… even though I had a row lined up along the top of the button panel).

I love me some mutants.

There was something to the story that I connected with on a deep, almost-subconscious level.

They weren’t the same as everyone, some people hated them for how they were born, yet they still chose to stand up for everyone and be awesome, using their powers for the greater good. They didn’t let the lame humans hurt mutants, and they didn’t let mutants like Magneto hurt humans.

As a biracial girl in Texas, I… got it. As a bisexual who grew up hearing all kinds of hate, I get it. Having the ridiculous amount of government/politics education and experience I do, and seeing how poorly-educated and ill-informed people are & how many political leaders and social activism mislead and deceive people and ruin their relationships, I GET IT.

It’s tough being The Queen of Otherness.

Those neoNazi twits in Charlottesville provide a great example: they were hollering “WE WILL NOT BE REPLACED!” & it’s like… NOBODY’S TRYING TO! WE JUST WANT EVERYONE TO LIVE EQUALLY CHILL-LY, NOT AT YOUR EXPENSE (EVEN THOUGH THAT’S HOW YOU TREAT OTHERS).

Rights and life and equality aren’t like fries – when others have some, it doesn’t leave you with less.

And their lack of awareness is pathetic, bordering on disgusting, but I don’t advocate for their removal, that they should be stifled, or that they should be hurt in any way. And, yeah, free speech and all… but that is a right that has to do with the relationship between people and the government. It doesn’t really have anything to do with me. As free humans, they are able to say what they want… & so can I, that their opinions are horsecrap, but not worth hurting them over.

And therein lies the biggest difference between the opposing sides of these issues and “fights” & how I think of these things: it doesn’t require that anybody should be made less-than if we’re going for true goodness for all.

Sure, when someone is doing something hurtful or destructive, they should get the ultimate snack-down, bc ain’t nobody got time for that… but, just like how “gay marriage” doesn’t destroy Jack-shit for anyone else’s marriage, I don’t see any reason anyone should be hurt for someone else to live.

And, even though people have been hurtful, hateful, bigoted, ignorant, destructive, divisive about “me” (that’s directly and indirectly, about my characteristics), I recognize that I have to surpass that level where people simply fight back and forth, and hold true to ideals, guiding principles, the encompassing notions of goodness… because adding more negativity to the fray only, well, adds more negativity. It creates more opposition, and promotes nothing.

If I want Inclusion, equality, “rightness” requires doing and being those things. Like I’ve written about before: Inclusion has to mean EVERYONE, even those who work against it. “They” – even in their failure to recognize it – are A PART of my world, not apart from it. And by operating from that frame of mind, I can create a plan to truly include everyone. I’ve been headed down this path:

Being an Other for Everyone is the path I see to transcend from a disempowered mindset to an empowered, purpose-driven reality.