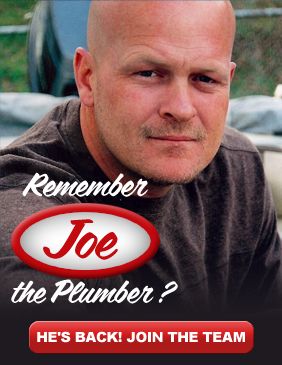 There is interesting research by Susan Cain which points to a transition sometime around the beginning of the 21st century during which we stopped evaluating our leaders based on character and instead began judging them based on personality.

While both extroverted and introverted leaders have been shown to be effective, we have a general proclivity towards extroverted traits, which when evaluating trait leadership, could skew our perception of what’s important.

And I’ve noticed a trend of pandering conservative public figures saying they’re “upholding traditional family values” – one, specifically, after he talked about how his wife being at home (insinuating “where she belongs”… because this is the 50s… [eye roll])

How ignorant to the truth.

The truth that women and moms work.

The truth that nobody would care what his family was up to if he didn’t care so dang much about telling others that their families are wrong.

And THE TRUTH ABOUT THE WORDS HE’S USING. Nah, he’s too busy trying to stir up the sincere people who look for guidance and solace about the issues they are’t familiar with. He’s too busy trying to mislead everyday Republicans and convince them they’re members of “the good party” that’s upholding “good ol’ fashioned values” (like, cheating, philandering, lying, defrauding, corruption – which, yeah, ARE the values of government).

News flash: a man and a woman, married, have no more or better “values” than a single parent, a gay couple, co-parents, parenting grandparents or aunts and uncles…

HETEROSEXUALITY IS NOT “VALUES.”

It may be something a person values as part of a value system (like a religion) but sexuality, the capacity for sexual feelings based on orientation or preference, has nothing to do with “values”… who gives me *the tingle* has no bearing on my ability to tell the truth, be a supportive friend, not steal, etc. And any efforts to convince people otherwise are insincere, dishonest, and – frankly – stupid. (I hope Turd Cruz just had chest pains.)

How do I know?

I was raised going to a Church of Christ. I’m talking: the people who went to see ‘Footloose’ to cheer AGAINST Kevin Bacon. Real uptight, inflexible, fearful stuff. They judged me, someone who was supposed to be part of the church family, for the way my family looked. All I heard was how evil the gays were and how terrible it is to be gay.

But, when I was 11, in the summer of 1997, I went to see the movie ‘Good Burger’ and, when Carmen Electra came on the screen, was changed. I had some FEELINZ, no matter how much I heard about fire and brimstrone from our gay-hating “the world is going to hell”-spouting preacher.

At the time, I didn’t even recognize those feelings for what they were, so I didn’t even have the chance to compare them against my indoctrination and stifle them. But they came first and without any regard for what I was supposed to believe.

Values, as a noun in the “moral” sense, are: a person’s principles or standards of behavior.

Standards of behavior… so, in the case of that Evangelical talking head, he likely meant “traditional gender roles” or “conservative family structures” (or “evangelical dog whistle nonesne”)… but why pass up the chance to assure right-wing followers that they’re somehow morally superior to everyone else?

Nevermind what happens in those families – their substance – as long as they look the “right” way and parrot the right stuff, huh?

With the confusion and obfuscation of social issues, and reason gone right out of the window dragging intelligent/patient/thoughtful consideration along with it… who even knows?

And does anyone even care? That’s the thing I get most concerned about.

Can people actually see the truth behind the façade, the reason and rationality and reality of our life? Do people recognize and care to halt the process of American society becoming the North American version of Sunni v Shia?