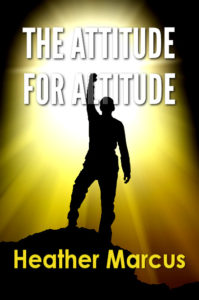 It took a while for me to realize it, but I had been living in the shadows. Possibly my entire life.

What? H, you’ve always been doing stuff; putting yourself out there…

Yeah, I’ve done some stuff. But I also went through a considerable Dark Night of the Soul during which I hated myself A WHOLE LOT. Funny enough, it was during that time I got called self-centered (yeah, I was looking in there to find happiness).

2017 was a shake-up year for me. I used to have college volleyball – that gave me an identity. I went to law school and grad school, so I was a student, wrapped up in that work. Then, I was a college professor… just one cog of a machine that started to disgust me.

What I mean is… I always had a context in which I based my identity.

Don’t get me wrong, the things I was doing were pretty cool. However, somewhere along the line I lost myself. I lost my identity, I became a shadow of who I now know I am.

I don’t have any regrets. Those are a waste of time. I’m grateful for the experiences. And I’m grateful that I woke up to the reality of what was going on.

I’m even grateful to the depression I went through as I realized how empty of myself I was, because it was the moment I realized I could and HAD to fill myself back up.

At my lowest, I had to come to grips with a few things. I knew I wanted more. I knew there was more. And I knew it was up to me and only me to decide what I wanted and then make it happen.

Life in the shadows is a miserable place. I knew (and know) the sensation of sun on my face, and how the shadows leave a chill inside.

I felt that chill to my core. I feel it now, an echo through the corridors of my soul. I was dead inside.

If you really want to know something about me: I spent the first part of last year bordering on suicidal. Like, waffling daily — DAILY — about whether or not it was all worth continuing. Staring my disinclination for suicide in the face… and questioning its resolve.

I hated everything — everything— myself included. I had no joy, no purpose, and no sense of what my future held.

I had stepped away from everything I thought I wanted, because it had proven to be unfulfilling. In a departure from how my entire life had operated, I had no platform and, therefore, no identity. And it was RRRROUGH being stripped bare & having to face myself, just me, no pretense.

Today, I can talk about it with a bit of perspective.m because I stepped out of the shadows. It took courage, I won’t even pretend like it didn’t—I had to humble myself about my truth (my pain, my promise, and my prospect for the future)… I started to tell that truth, good and bad… I had to face that darkness, and then I had to ask myself what I was going to do next.

I had to get back to who I really am. Then, I had to just BE THAT.

I’m not the sport. I’m the game-winner, the scholarship-getter, the competition lover—the personality and talent that made that career happen.

I’m not the achievement of becoming a professor before 30. The achievement means nothing, as that’s the external validation-seeking aspect of it. I’m the brain that made it possible.

I’m the spirit that tries, takes the leap, believes it’s more capable than most people believe they are. It’s why I started MAKE YOU HAPPEN—it’s what I told myself, and what I’d like to tell everyone. Because I AM that optimistic kid who sees everyone’s heart & the ways we are awesome.

I believe we are all capable of all those transcendent achievements.

There is a delightful richness in living life out of the shadows.

Maybe now is your time to step out of the shadows. It’s never a bad time to reinvent, re-focus, or re-direct… one can never be too dedicated to personal growth. If you need a new POV or just a few tips for stepping out of the shadows, here are a few things that helped me: