The second step is reducing the force that’s retarding the human mass:

“The force which retards the onward movement of man is partly frictional and partly negative. To illustrate this distinction I may name, for example, ignorance, stupidity, and imbecility as some of the purely frictional forces, or resistances devoid of any directive tendency.
On the other hand, visionariness, insanity, self-destructive tendency, religious fanaticism, and the like, are all forces of a negative character, acting in definite directions.”

To counteract those destructive gorces, Tesla had a few ideas.

“One knows, for instance, what a fanatic may do, and one can take preventive measures, can enlighten, convince, and, possibly direct him, turn his vice into virtue; but one does not know, and never can know, what a brute or an imbecile may do, and one must deal with him as with a mass, inert, without mind, let loose by the mad elements.
A negative force always implies some quality, not infrequently a high one, though badly directed, which it is possible to turn to good advantage; but a directionless, frictional force involves unavoidable loss. Evidently, then, the first and general answer to the above question is: turn all negative force in the right direction and reduce all frictional force.”

Simply said, frictional force is ignorant, directionless, without a quality unlike the negative force which carries high quality but in a wrong direction.

Frictional force will, most of the time, result only in energy loss no matter where it is directioned, while negative force can lead to significant increase of human energy if focused towards a proper, strategic direction. 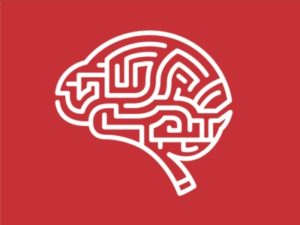 The friction which results from ignorance, and which is greatly increased owing to the numerous languages and nationalities, can be reduced only by the spread of knowledge and the unification of the heterogeneous elements of humanity. No effort could be better spent.

Individually, this can be explained as maintaining constructive balance between our talents and flaws; establishing peace between our darkness and light and uniting them towards a mutual, greater goal.

This, of course, needs to be accompanied with learning, curiosity and reducing individual ignorance about The Universe around us.

But, what about war?

We shouldn’t stop war, according to Tesla, but redirect it towards a mutual goal of humanity. For example, instead of fighting ourselves, we can redirect our energy towards exploration of different parts of our galaxy. Of course, gently and gradually, with great maintenance.