Do you ever have to deal with people who push the limits of your compassion?

Yeah, welcome to the club.

With all the people in the world, we’re bound to run into ones we find difficult to deal with. I’m a brown-skin ed, loud-mouthed, competitive gal, born & raised in the South in a mind-bendingly-progressive-yet-conservatively-repressed family situation, who is now in a relationship with another woman… ya, I know a little bit about finding people exasperating or conflict-primed. It’s usually the ones who see me as a problem, but there’s always the personality clashes & when customs collide.

On top of that, I’m rather OCD & was raised to be attentive & accountable… and not even in the genuine way. It’s in more of a fearful, duty-bound, do-or-die, “this says something about my character,” “if I fail, I’m in trouble” sense. (No pressure or anything…) so I go quickly to pissy when others aren’t the same way.

I’ve had to deal with people who aren’t cool about race. And there are the ones who think girls are less than boys. There are people who get their panties in a twist about who everyone else is attracted to. To be honest, I wish those people didn’t exist. Things would be so much easier. Because I used to try to help them, nay make them, see & try, try, trrrryyyy to gain their approval…and for what?

No matter what I did, they found some way to discredit or diminish it. I lived so far out of touch with myself, trying to impress people or validate myself through them. And then, one day, I realized that some people are bound & determined to be haters.

So, out of disgust, I started being super-ugly to and about them. Who are they anyway, those people who are so rude, dismissive uncaring, unloving, unenlightened?? Yeah, that didn’t help either.

*those people* DO exist. And it’s not THEY, themselves, as much as the viewpoints & opinions & ways of being those people support, that I wish didn’t exist… but the two aren’t easily separated. And those people ARE a part of our current society.

But, here’s the thing: we’re all those people to somebody… that’s, like, the only thing I’ve learned from twitter. That place is just everyone talking sh-t about how wrong everyone else is. 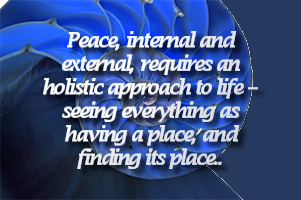 They don’t like how I love. I don’t like their stupidity & un-woke bs. I’m probably too abrasive for some people while the subject-matter I’m talking about is too snowflake-y for others.[And don’t EVER get it twisted, I don’t think I’m a victim, but I DO see & understand how many of the “traditional” or entrenched attitudes & practice are damaging or hurtful to people, I’m GONNA talk about it, dammit.] I’m probably too assertive for some & not *3 snaps* fierce enough for others. I’ve been told I’m “spiritual AF” on the very same day I was informed I wasn’t espousing Christian views (bc I dared to talk about how we are many parts of the same one thing, no matter what you call it). I’m accustomed to it: I grew up “too white” for the black girls & just a liiiiittle different to the white girls. C’est la vie…

And rather than promulgating the drama of our disparities, I’m using it for good.

As exclusive as those people are about what they think makes an acceptable life, I’m going the opposite & looking at what I can learn by including them in my mental picture of what this life is.

We are all part of this life, and things would go so much smoother if we could figure out how to be compassionate in the truest sense of the word. Or, at the very least, not hurt each other.

I won’t lie: lately, I’ve felt horribly disappointed by peoples’ “shortcomings” (shut up, I know)–by that, I mean, those moments when I go, “COME ON, you know/are better than that.” Actually, now that I’m writing this, I realize I think that in A TON of situations, my relationship to the person notwithstanding.

It’s why I get upset when he cap’s not fastened on the toothpaste. It’s why I could strangle the life out of parrot people who repeat whatever snippet caught their ear on their news station of choice.

Eww… do I expect too much out of people? Omg… is that part of my deep-seated disappointment and disillusionment?? Too much outward focus.

I mean… people HAVE proven themselves to not be better than “that”… from failure to act when others are being mistreated (looking at you, people who laugh off “locker room talk” or who say gays deserve to be killed) to people who do the hurting, and extending to people who aren’t thoughtful or basically considerate. There are even people who work in diversity who are blind to their own inherent bias–I’ve seen it.

Oh man… being intolerant of peoples’ shortcomings (or my perception of them) IS MY SHORTCOMING. it HAS made me be pretty awful to people. Like, sure, the willfully ignorant and outright hateful don’t deserve to have their opinions matter as much as more-informed and useful ones, but they’re entitled to have them. And there’s something that causes their destructive opinions–that’s also a valid element to take into consideration. Like I tweeted the other day: Hurt people hurt people.

“Pain insists upon being attended to. God whispers to us in our pleasures, speaks in our consciences, but shouts in our pains. It is his megaphone to rouse a deaf world.”
C.S. Lewis

I have a very clear memory of my childhood church’s preacher giving a “The world is going to hell” sermon one Sunday that was so full of fear and hate towards everyone from gays to Muslim to atheists, I actually got scared. The feeling in the auditorium was palpable. …omg, you’d think everyone was a murderous jihadi or pedophilic homo waiting in the parking lot to cut our heads off.[Also if, after this day, you ever say that gays are pedophiles I hope you get a papercut under your fingernail. Sidenote: that preacher’s son is gay.]

That day signaled a very memorable & noticeable change in how people seemed: they were all much more angry, much less accepting, much more closed-off to “outsiders”… it was so super-weird. I heard it from the radio programs my grandpa had on in his truck. The same themes, catch phrases, and ideas started popping up in conversations all over the place. I heard people I knew & respected say some, in retrospect, downright shitty things. And I know I did, too, trying to be a “good Christian” and obedient child.

Soon after that time, people left the church. And then the church got even more conservative, railing against their perception of how the world was so sinful and terrible.

When they “took prayer out of schools” (which, NO THAT’S NOT WHAT HAPPENED), the church people lost their minds. Completely ignorant of the separation of church and state, they took it as even more of a sign, which coupled nicely with the Republican party’s targeted efforts, that they should pull even harder to “the right” to counteract “the liberals.”

There were hurtful, hateful things said about gays, Muslims, anyone who they felt posed a threat to their beliefs. [Meanwhile, the whole time, I was like, “But they’re YOUR beliefs… what does someone else have to do with them?”] And I think a lot of the backlash they feel now is a result of that trend in the Christian community. It’s how good people who are just living according to their beliefs get lumped in with the Westboro kooks.

However, what many detractors fail to see is how all those social issues were framed to people in the church & what it all looks like from their POV. From my observations, I know that most people hear the dog whistle of conservative stock lines & immediately volley back with hate and judgment. More hate is returned. And the cycle continues.

Really, we should understand the depth of the fear that causes so many of the negative knee-jerk reactions… those depths reach into those peoples’ psyches, their eternal souls. And then do the same for the other side. And then for our own side. And so on and so on…

Somehow, some way, the cycle needs to turn to a productive,useful, upward one.

That’s where I had to begin my search: DEEP inside, beyond my education, beyond my meditative revelations, to a simple place where I ask myself what it must be like to have taken different paths through life. I has to dig deep, as far as I needed in order to find common ground, and I ended up at:

How do I wish they’d be towards me?
How much empathy can I produce?
How can we make progress on all the things that “separate” us?