We all undergo a process of making “us” happen.

We even do it to our dogs. You get a puppy, you take it to the dog park, so it learns how to be confident around other dogs. When I got my first dog, Pax, I brought him everywhere with me! We went on car rides, to the grocery store, to the library, to the pub, to my aunt’s house… and look at him: 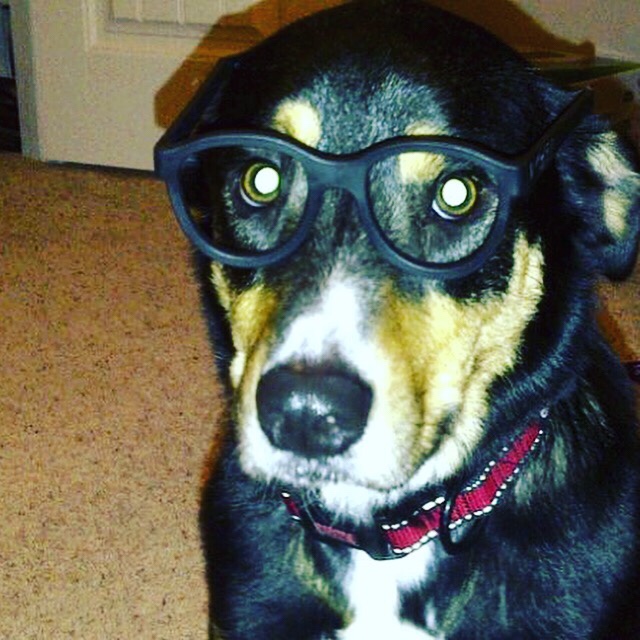 …a gentleman and a scholar.

When I was a bright-eyed, hopeful, 28-year-old college GOVT professor, I began the semester with a fun, interactive class about socialization. The actual format of every class was different semester-to-semester…

Sometimes I drew 3 columns on the whiteboard and asked everyone to yell out adjectives about their generation, their parents’ generation, their grandparents’ generation; and we would discuss their biases (revealed through choice of adjectives) & the relationships between generations & what [historically, culturally, socially] could have caused them. I did thought exercises. Other times, I would start simply by telling them about myself, asking for a show of hands about issues that came up along the way, comparing & contrasting them as a class.

Whatever the format, the results were all similarly great… It created trust right off the bat, because they could understand where I was coming from and see that I wasn’t going to force them into any mindset or viewpoint (a useful tone to set in a class with such a heated subject matter).

That exercise also helped open the lines of communication between all of us, because I drove home the point that our political views and political opinions were going to be affected by the life experiences we have & those experiences were certainly going to differ.

That’s where I first learned how simple, yet impactful, Openness can be & what it can achieve under the right leadership.

You see, I didn’t grow up sharing my feelings… The Irish would actually be proud of me for my repressuring skills! So, I was never really well–schooled in the art of communication, so I had to develop an intimate appreciation for what it can accomplish.

Because, not only are we socialized, we are conditioned, that is, we are trained:

Take a second to appreciate everything that factored into making you.

Take another second to appreciate that you are the only one with that exact set of experiences in the entire universe.

Then, take another second to realize that the same thing applies to everyone in the universe.

And, then, take one more second to collect your brain… Because the bigness of that blows my mind every.single.time.

Now that we have proper perspective, revisit BiasBuster™ for the next step.

My two fave ladies! #love #family
...except when it comes to spelling... #irony