“Affinity bias” is the psychological phenomenon where we have intuitive trust and fondness for people who appear to be like us.

The word Affinity has many meanings, all of which relate to the similitude or resemblance between things. Basically, things that “go together” have a better relationship because of their congruousness or agreeableness.

Different, unagreeing, or otherwise-conflicting positions cause a lot of our interpersonal problems. From where I’m standing, that appears to be because the adopted cultural thought of many of our identifying characteristics have become antagonistic (via public discourse, Media, so-called “leadership” of social groups, other so-called “authority”).

Affinity bias is rooted in a person’s trust for those they perceive as like them.

I ask this being a biracial girl who grew up spending a lot of time around old, white men… who had a white family, a black family, and was the only little Jamocha latte one around.

Who was I going to trust when nobody looked like me? 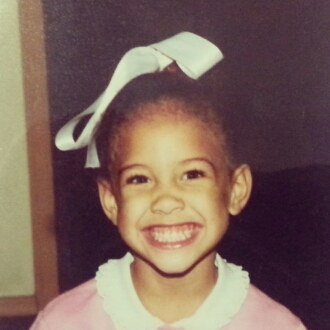 When I showed my Papaw I was handy, attentive, wanted to help, he trusted me. He already had mine, because he had been trustworthy, consistent, & dependable every moment I knew him. It was built over time, through interaction, a give-and-take of selves. At age 5, I had my hand inside a motor home air contiioner. At 12, we sat down & had a chat about life that only a Papaw can give. We had an affinity for each other.

It’s all in how we alllook at each other.

Without the familial framework, my Papaw & I probably wouldn’t have even known each other. But without him, I wouldn’t even exist. Same for my grandmas, the white and the black one.

There are different, better ways to categorize ourselves than we currently employ or are accustomed to. As we’ve seen, demographics are not the end-all, Be-all. A person’s content – character, ethics, mindset, etc. – mean much more.

And that applies to the way we view each other, too.

It betrays a callous unawareness to judge others – Good or bad – based on the superficial ways we perceive them as being “like” ourselves. The underlying ego & lack of curiosity inherent to affinity bias is off-putting.

Also worth a read: How much of myself can I recognize in others?