I’ve been doing a lot of introspection and reflection lately (exacerbated by the goings-on in Charleston), and came across this passage in an article about social responsibility written by Albert Borgmann:

The great virtue of a nation is that the people comprising it take responsibility for one another and for what they have in common. When people in Mississippi made it impossible for African Americans to vote, we did not write it off to the amusing or regrettable customs of Mississippians but rather saw to it that they changed their ways. When Alaskans want to drill for oil in the Arctic National Wildlife Refuge, we do not let them go ahead in their state as they see fit but prevent them from disturbing land that is pristine and belongs to the entire nation. This is all to the good. But we have to do more. We have to take our mutual and inclusive responsibility more seriously and understand it more deeply.

I’ve got a whole heap of thoughts about everything going on as far as social issues & their human elements go, but that passage seems rather illuminating and appropriate (even if I’m simultaneously floating above it, trying to see fully AND buried under its full meaning).

A few things that stick out and are worth scrutiny:

The great virtue of a nation is that the people comprising it take responsibility for one another and for what they have in common.

I’ve written about this before, and nobody was ready to hear it – hopefully, it’ll be a bit more clear now in the afterglow of Charlottesville and set against the the context of someone named Albert Borgmann…

When it comes to things like rights and liberties, it’s not an Us vs Them setup.

Rights and liberties apply to citizens, and the citizenry of our country includes ALL KINDS of people. Citizens are gay, black, straight, white, Jewish, Christian, Muslim, atheist, scientologists… and it’s nobody’s right, no matter how many of them there are, to deny other citizens.

Problem is: they seek to, and have – historically – achieved doing so.

On a larger scale, looking at what we have in common versus our superficial differences can make ALL the difference in how we treat one another.

My entire life, I’ve never looked exactly like the people around me—classmates, family, strangers… other than my fellow mixed kids, I’m darer than some and lighter than others. So, judging people based on that those characteristics alone would have made for a very lonely life.

I always had to look at people in order TO bond. I had to look at interests, personalities, commonalities in order to bond. And it made for some really great friendships, relationships, bonds.

With my family: I may not loo like ‘em, but they loved me nonetheless. Our commonality was our blood. And that made me part of them, no matter what. (Now, once I got a girlfriend, some of them switched up… but that’s another post for another day.)

They say “Seek and ye shall find”—look for things you’ll have in common, and you’ll see yourself in others… look for how you’re different, and you’ll see people as different. And seeing each other as different—separate from ourselves—can let some ugly things sneak in.

Since everyone is talking Nazis (incorrectly so, in some cases; correctly so, as far as labels and flag-carrying obviousness), take a lesson from Hitler: he set up the Jews as separate and problematic, which allowed them to be “deserving” of punishment. Pay close attention to that.

We have to take our mutual and inclusive responsibility more seriously and understand it more deeply.

*points back up to previous section*

*points to this prior post:* Don’t Sink the Boat… We’re All In It

Understanding it more fully means being more aware of the core matter (equal access to marriage licenses, for example).

Your personal preferences have nothing to do with mine. [Problem is: folks like the white supremacists make theirs apply to others.]

And, on that topic… I hope you, friend reading this, understand the false equivalence in the arguments made about current events and issues surrounding them. Actually, it applies to the political right’s approach to a bunch of social issues. The spirit of their side seems off and wrong, and it’s because:

One side wants to be be who they are, as far as race, orientation, etc., without restraint.
The other side wants everyone else to be how they want them to be because of those same characteristics; they want to be free to act however they are, without restraint.
The right acts as if making room for others leaves them with less room. So, they don’t leave room for anything other than what they want/know/think/see.
And, yes, we should respect everyone’s right to form and have their own opinions. But some aren’t due the same respect, and they definitely have no place in practical application.

Those “Unite the Right” people aren’t their racist thoughts. They could change their views. And anything that can be changed isn’t “YOU”… But they don’t understand that. So, their thoughts create their actions, and What We Do, We Become.

“Taking responsibility” in a patronizing way…

pa·tron·ize
treat with an apparent
kindness that betrays a
feeling of superiority
Don’t be a politician, like the ones in Texas who say they want bathroom bills to protect little girls from men in the restroom when they’re obviously trying to cut down trans citizens.

Don’t be like the friends on after-school shows who are friends with the unpopular kid until the bullies show up. 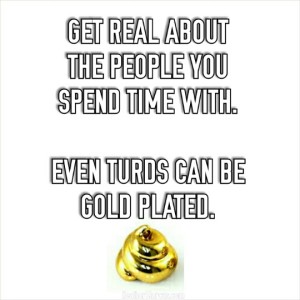 It’s the fakeness, the insincerity, the hollow actions that allow this discriminatory nonsense to continue.

It reminds me of all the bullshit about divorce I remember hearing growing up, about how it’s just so dogmiatically wrong & hurts the children to not have both parents…. So they’d rather a woman stay in a relationship that’s destroying her and for kids to see all that. But, the Lord was invoked, so people get scared of challenging it and those supposedly-deeply-held beliefs.

Give me a break.

It may seem like I’m down on religion, but I’m not: just down on the people who use it to justify being ignorant. Like, the ones who want to tell someone that WHO they are is f—ed up, but resist telling those in their group that what they’ve DONE is f—ed up. It cuts the same way with black people and how some will jump all over ones who criticize how others act.

We have to recognize that behavior and a perosn’s innate being are different. The former is not above reproach. The latter is not for us to judge.

Don’t talk about it. Be about it.

Our society became really self-centered, rather than self-aware.

Kind of like that previous point, this point speaks to taking a purposeful and sincere approach to participating in society.

The sense that being involved is intrusive & not necessary, a duty…

Growing up in Texas, I saw all-too-often how people wouldn’t deal with an issue that was unpleasant.

*points back to the last two sections*

Standing up when someone is being hurt isn’t intrusive. It may be uncomfortable in that it isn’t popular or habitual. But it has become necessary.

We’ve separated ourselves in a bunch of complicated ways. Like, in high school, I remember the boys picking on another gay boy. In their minds, I know they felt justified because of their social status, adherence to expectations/stereotypes, and religious beliefs. But how they treated that kid was empirically wrong.

See how dangerous it is to consider others as separate from ourselves just for who they are?

See how misleading it is for the leaders of our various institutions to set others apart and make them less-than based on nothing more than demographics?

See how innate characteristics are different from adopted stances?

See how we have to start getting to know each other and seeing beyond statistics?

Well, Nick… it does matter what we do. But that’s what forgiveness is for.