Whoooooo’s ready for the solar eclipse on August 21st??

Solar eclipses are awesome. Planetary alignment. Celestial bodies doing their thing that we just-so-happen to get to witness. IT’S THE FRICKIN MOON GOING BETWEEN US AND THE SUN.

Can you imagine what level of freaking-the-fudge-out earlier humans must have experienced??

Brushing up on eclipse stuff, I learned about some other cool things that happen in conjunction with the big show. It was cool to me, so I wanted to share so that anyone else who’s jazzed for the total solar eclipse can catch a few other unusual eclipse happenings to add to the experience.

When the Moon is only covering part of the Sun, go to a nearby tree and look in its shadow. 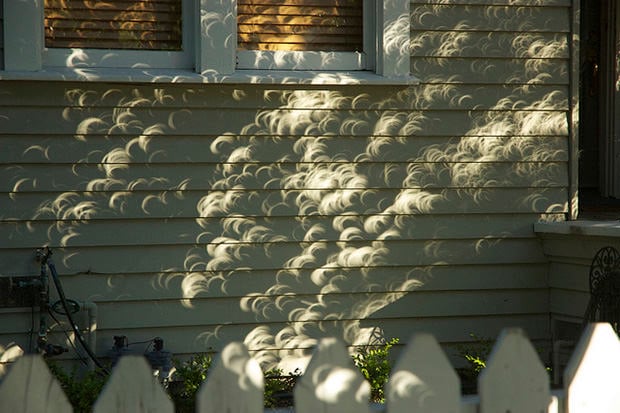 You will see hundreds of crescent images of the partially-covered Sun all over the ground! In fact, this is a safe way to view all the partial phases of the eclipse without harming your eyes.

Where do all these images come from? The gaps between the tree’s leaves act like a pinhole camera & project the Sun’s image on the ground.

About 60 to 90 seconds before or after totality, closely look at any flat, light surface. In these moments, dark lines called shadow bands may be seen racing back and forth across the surfaces.

These shadowy lines are caused by sunlight peeking around mountains and through valleys around the outer rim of the Moon, while turbulence in the air makes them appear to shift position.

In the minutes before totality, everything around you will appear dimly lit, but differently from sunrise or sunset. Everything will seem somewhat similar to what you see when you wear very dark sunglasses, but with a kind of surreal sheen.

As soon as the Moon entirely covers the Sun and causes the sky to completely darken, the air will instantly cool.

If the land is flat for miles around you or you are on a mountain top, you will be able to see the darkest part of the Moon’s shadow – called the umbra – racing across the ground towards you just before totality and away from you afterwards.

The Diamond Ring Effect happens an instant before the Sun’s disk is completely covered by the Moon.

You should experience the visually-stunning diamond ring effect when the slightest bit of Sun remains, giving the impression of a brilliant diamond with the ring being a faint glow around the darkened Moon. You can see photos of this here.

::REMEMBER::
The brief moments of totality are the only safe times to look directly at the Sun with no eye protection.

It will become as dark as night during totality. The stars will pop out and you will see two very bright points of light near the Sun – these are the planets Venus and Mercury. Most people never get to see Mercury because it is usually so close to the Sun that it is drowned out by the Sun’s glare.

Mars and Jupiter will make an appearance, too. They may seem to be near the Sun, but they are actually on the opposite/far sides of their orbits. In total, 4 of the 5 planets that don’t require a telescope can be seen during the eclipse.

Sirius, the Dog Star, will show itself as the very bright star to the southwest of the Sun. Sirius is the second-brightest star in our sky after the Sun. 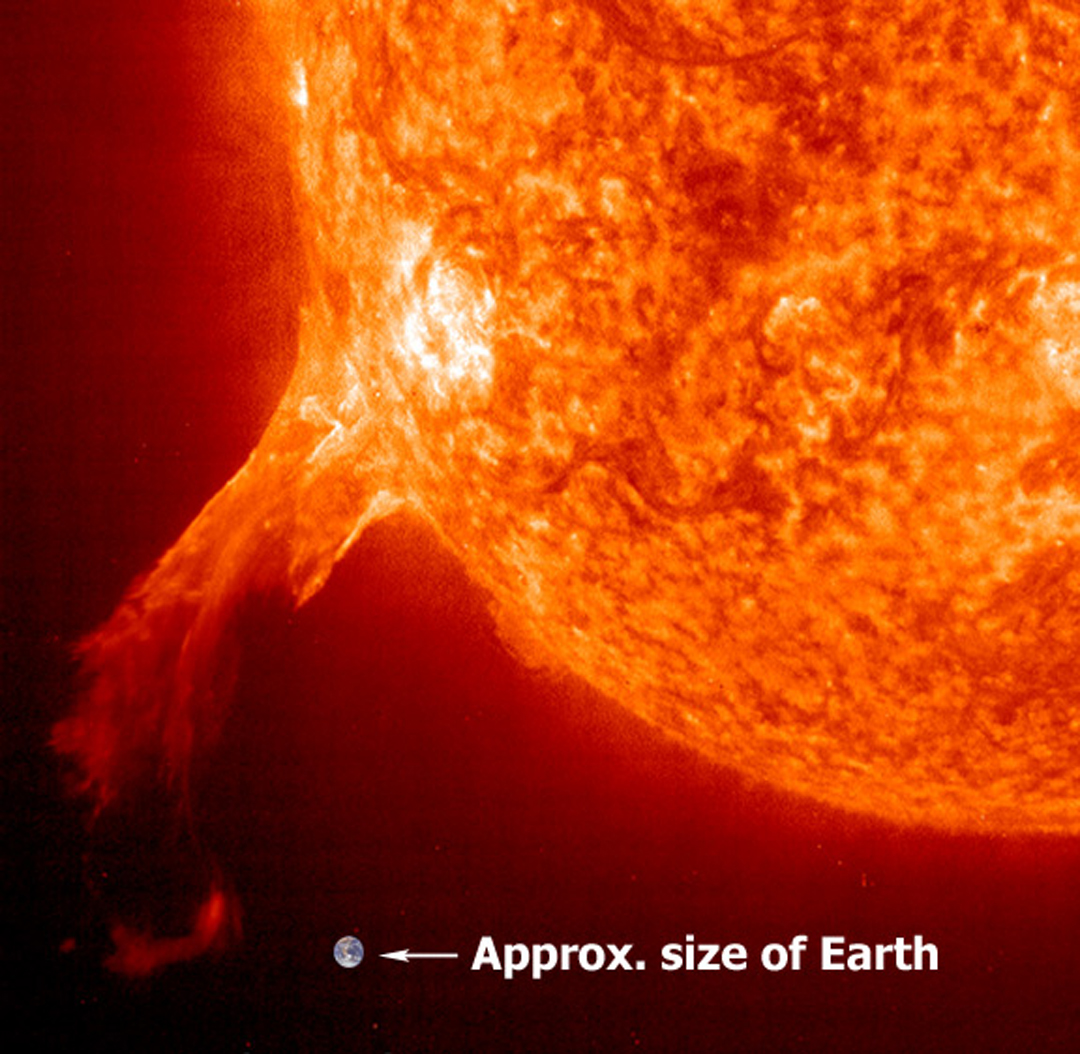 If we are lucky, there will be eruptions from the Sun that cannot be seen at any other time.

These eruptions are called prominences and will glow a bright beautiful ruby red color.

The bluish white glowing corona (outer atmosphere of the Sun) is made of charged hydrogen atoms; AKA plasma.

During totality, the corona allows us to see the beautiful structure of the Sun’s powerful magnetic field as the plasma is pulled by magnetism into graceful curving field lines.

I hope this piques your interest just a bit more. If you capture anything cool during the eclipse, give me a shout!