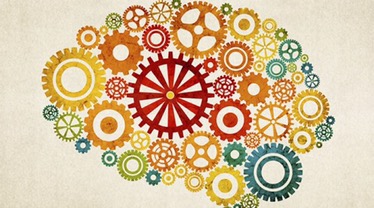 I’ve been on a mission to recognize my programming, that is, to be more aware of my brain chemistry and socialization, and how it all affects my life.

Part of that was seeing how what-they’ve-dubbed-depression (but I call “just seeing this realistically & being bummed that nobody else sees it”) is my norm, but has gotten in the way of being happy. Not that I was just wah-wah-unhappy; it was more personal & internal, like, I wasn’t operating at my “peak self” level.

I’ve decided to check myself and come from a place of joy & peace, consciously… I’ve chosen happiness & genuineness & a “big” life as my goals. I had a revolution of the mind, if you will.

And it was that re-focusing on (1) how I think about dealing with depression, and (2) even bigger – having a clear goal of What To Be that changed everything for me.

During that train of thought, I tweeted: 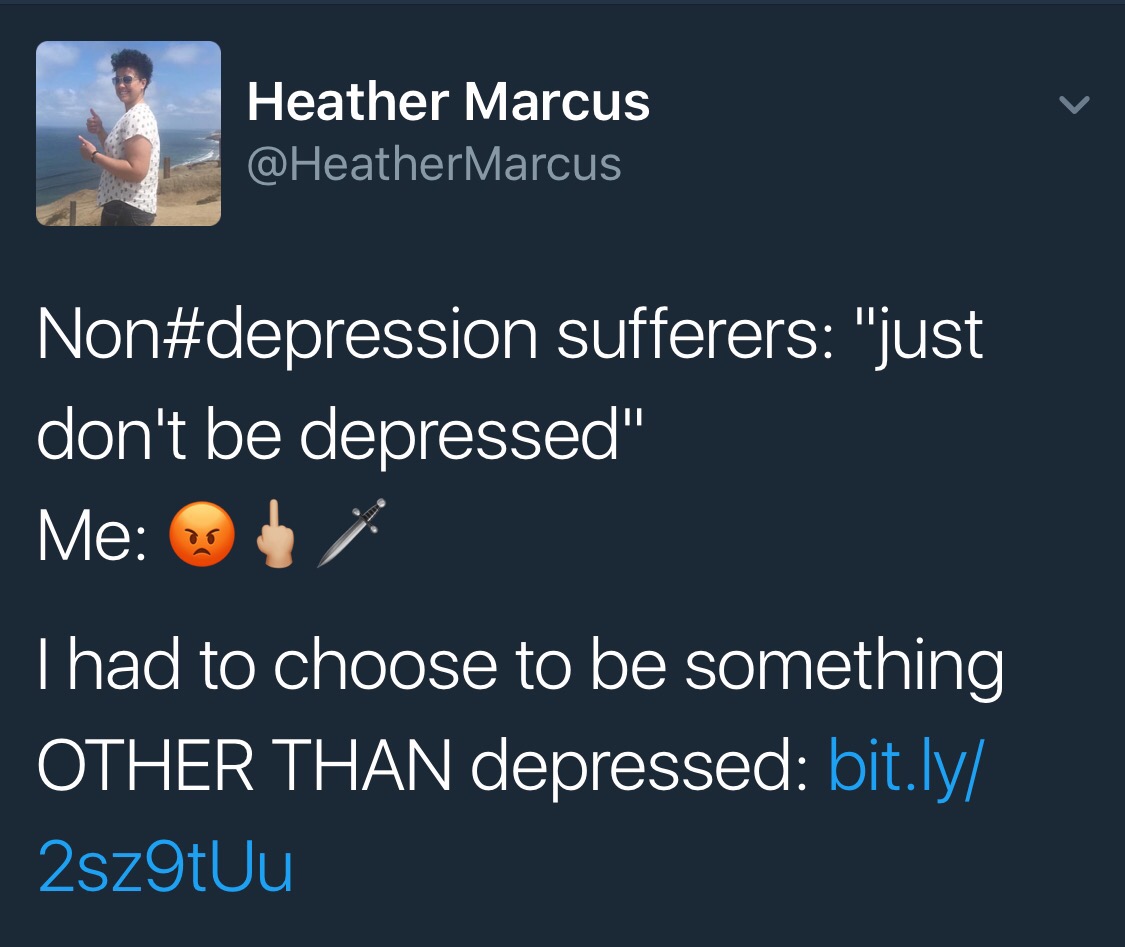 I had to express that sentiment to the world, because need to understand how trivializing and glib and f*cking annoying it is to be told just not to feel what you’re feeling. And I have a follower who I want to help feel less alone as she deals with depression & anxiety. It’s just something that has to be said.

Another of my tweets has been getting a lot of attention: a reply to a story in which I call out the stupidity  of “Just don’t” policies, programs, and approaches.

The same sort of avoidance-riddled ineffective “problem-solving” has been applied to sex ed in schools vis-a-vis abstinence-only approaches.

And then there was the brilliant drug resistance tactics employed through D.A.R.E and by the Reagan-era folks: “Just don’t do it.” In fact, the US Attorney General recently came down from the Keebler tree to offer his support for reinstating D.A.R.E., and we’ve all seen how up-to-date and progressive and downright genius everyone in this government is.

I repeat: negative commands are ineffective  for communication.

They don’t compute in the brain.

Our brains grasp positive statements – something for our brain TO DO. Think about being a kid & mom saying, “Don’t touch the stove.” What would usually happen next, as soon as the opportunity arose?

You’d go, “Well; now I have the idea for touching the stove…” Because what is not touching the stove? That leaves all the possibilities in the world & doesn’t give the brain anything to do, other than process what positive command there WAS in there: “touch the stove.” “Keep your hands off the stove.” “Go outside/to the playroom while I finish.” See how those redirect attention?

If you touched the stove, you weren’t a bad kid. Just a normal kid.

And, then, omg… the flippancy of “Just Say No”…

Say no to what, you repressed, haughty crackpots?? Just say no to my curiosity about smoking a doob? Say no to the chemicals over which I have no control when I see something that speaks to my subconscious and makes me feel things in my bathing suit area? Say no before I even know what it is because you people who ALSO don’t know anything about it said to?

Give me a break!

They can be led by their fear, but that’s not how young minds or people who want full lives operate. But, alas, that’s a different post for a different day…

I’m gonna go keep uncovering more of my happy, genuine self – the happiness revolution is now – and find more things to write about! Peace.