…at least, not in the way you might expect.

Earlier today, I read about Depressive Realism; how depression affects the brain; and what causes depression, which led to how religion affects people & everything from Marx quotes to medical journals to the Psychology Today blog. 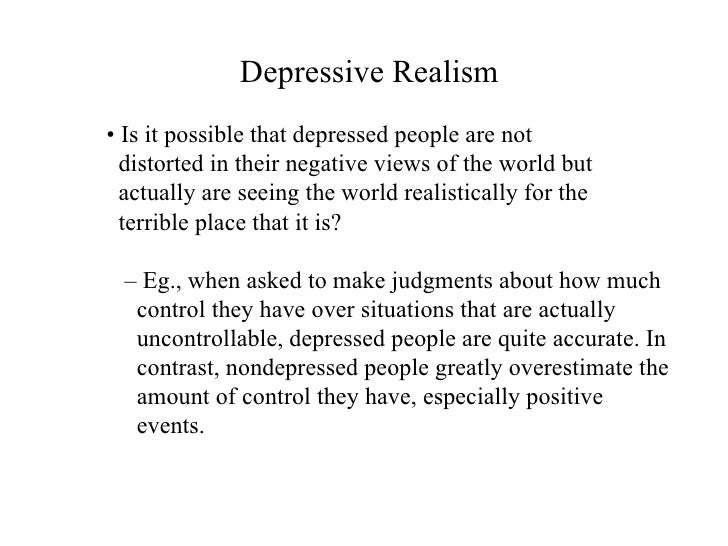 It’s often said that depression results from a chemical imbalance, but that figure of speech doesn’t capture how complex depression is.

Research suggests that depression doesn’t spring from simply having too much or too little of certain brain chemicals. Rather, there are many possible causes of depression, including faulty mood regulation by the brain, genetic vulnerability, stressful life events, medications, and medical problems. It’s believed that several of these forces interact to bring on depression.

In no way do I think Life is terrible. The human element gets me down the most – the ego, the inconsistency, the power trips, he structures, the ignorance, the fear-based things people do… all the ways people have taken an otherwise-amazing things and put it in restraints. But that’s neither here nor there…

In the past few years, my spirit has felt crushed by all the unloving and unthinking and out-of-touch crap I’ve seen and had to deal with personally (especially since “coming out”… [ugh, I hate that term]).

But, it’s been a lifetime of cognitive dissonance, seeing and feeling one way when I’m TOLD I should feel another. Take, for example, the people who are against abortion, then don’t want to educate kids about sex and its repercussions. They’re the same ones who turn around and stigmatize, nee villainize, single mothers and teen pregnancy – the ones who decide to keep and live with their shameful mistake.

Those church-y turds are the ones who claim to be morally superior, then engage in the harshest behavior towards their own. At my childhood church, there was a family who were outright racists & incredible pricks to me. And they got to get away with it, right there in the middle of people who were supposedly doing the Lord’s work. We had bigots, anti-gay, anti-EVERYTHING people… so full of love – barf, gimme a break.

They showed up on Sunday’s and Wednesday’s. They weren’t Muslim. They didn’t kill or steal or cover their neighbors wives… so they were doing alright, even as they created more vitriol than goodness. The lack of character & backbone & awareness on behalf of the people I was supposed to revere disgusted me before I even had the knowledge to recognize why.

That’s what I still don’t understand: the space between pretending to be good and actually doing good. It’s where the hypocrisy claims and social rejection come in – the two things many Christians feel they’re facing today.

Because, honestly, you can’t tell me that divorce is a bad thing when someone is constantly dragged down by an abusive addict. You can’t tell me that Jesus loves me and is always watching out for me when I’m getting the shit beaten out of me on a regular basis – like, Bruh, you can’t step in? And I’m also not trying to hear it when these same institutions of “love” are the most judgmental and rigid and unrealistic about VERY REAL human issues. You can’t tell me it’s anything other than a control mechanism.

Sooo… yeah, things get a little dark in my mind sometimes. And it’s exacerbated by my having been brought up in that type of belief system… well, fear system.

Be afraid of everything. The world is bad & will make you bad. Actully, without this, you are bad. Your thoughts and curiosity and questions are evil, unless they are ONLY what we’ve said they should be.

It’s that ingrained mistrust of myself and the things that make me happy which have caused a lot of pain and mental anguish.

I don’t trust being happy.

The topic of limiting beliefs comes to mind, along with this image:

I’ve always been intense, which has taken me to some pretty dark places in the last decade. But it’s also allowed me to know myself. Like, exploring thoughts and examining my life in really raw ways. I’ve gone places most people are WAY too afraid to go (or so I’ve learned).

To be honest, I thought everyone does that… but – alas – no! I’m a tortured soul. I’m too intense. I’m out of the ordinary yet again!

I just thought asking tough questions, pondering Life and all the machinations we’ve installed was normal. Like, trying to fathom what the earliest humans felt as they tried to explain natural phenomena or that *feeling* that happens when you’re in nature – it seems natural to wonder. Or, the effect of currency on human nature. And what if, according to the prehistoric skeletons found and the way the earth has developed, we didn’t need to walk upright& were just people who walked on four legs?

And I thought examining my own mind, trying to do the impossible and see myself objectively was the norm.

Turns out, when you’re unafraid of staring into the darkness or talking about it, people think they need to intervene.

They want to talk, but only insofar as to throw out some cliches and feign concern. They’re confused – “Why aren’t you scared like me? Your lack of fear is scary. You should be afraid like the rest of us.” They feel scared of the darkness, so they ignore it… even when pretending to confront it. (Oh sh*t, I think I wrote more than I realized just then. Gonna have to do a whole new post on that last sentence alone. )

But I don’t know why perception & feelings have been intertwined – they are wholly separate. How I feel inside and how I see things as being are different. I could dislike what’s going on & still be happy (which has been my experience), and I could become rich and famous and still be a miserable S.O.B. Think about why celebs, like the recently-departed Chris Cornell, commit suicide.

Actually, the times I pinpoint as my unhappiest were not the times I’ve been feeling blue, but when people failed to even attempt to understand (much less understand) or simply denied the conditions. Not feeling understood or heard is such a crushing feeling. And being asked to be dishonest was ulcer-inducingly, teeth-grindingly intolerable.

But, as I experienced all that turmoil, I maintained a sense of humor. I remained a star child. Life was something I was going through, somehow separate within my own self. I’ll have to tackle the merits and pitfalls of that another time. Til then, enjoy this idea (and let’s be IG friends):