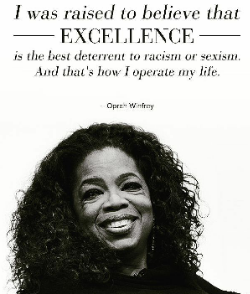 Have you had enough of labels?

I’m sick and frickin tired of them.

Don’t call me anything.

These labels are doing nothing to help.

I can’t tell you the number of times I’ve said, “…my fiancé…” to a stranger & had them immediately follow with He, Him, etc…
Usually, I hate the pronoun game, but this particular happening makes me laugh every time.

There are times when I correct them & other times I don’t. It usually depends on how I feel like our connection has developed or whether or not the specifics are important. Sometimes, I want the person to know that aspect about me – the motives are different, though… sometimes, it’s because I like them & other times it’s because I want them to check their self and see that “we” aren’t all bad. Like, ‘Hey, how’s that feel that you like me so much, and now here’s this characteristic that people get crazy over…’

Once, a waitress (who had been really flirty) went, “Do you want to have a beer or something while you wait for…” as she squinted and gave a sly smile. I, always the Flirtatiousness Mirror that I am, said, “Her. And do y’all have any vanilla porters on tap?” She was quick with her comeback: “I knew it! Dammit…”

A fellow professor at Navarro was in the faculty workroom, and we struck up a conversation. He saw my left ring finger and started in… and it went from uncomfortable to really uncomfortable.

Usually, I’m not freaked out by guys (they’re just boys who get big & I really love boys), but he was too leery and insistent with that “he’s a lucky guy, little lady” stuff. Then, when I said, “It’s actually a lady,” his entire face darkened and he looked concerned-verging-on-disgusted. “Oh, that’s a shame… What a shame… Why would you… Do you hate men?”

Never the crybaby, I had to fight back tears at that very instant. “I obviously don’t hate anyone – you and I have been having a nice conversation… not sure why that’s different now. I’m still engaged & I’m still me.” And he, literally, moved in and continued with his barrage of “shame” talk. Thank GOODNESS another faculty member came in because I was a stammering mess.

First, I don’t exist just to make some man – heck, ANYBODY – happy or complete. But that’s gender “roles” and stereotypes at play.

Second, way to jump to all kinds of conclusions, idiot.

It was really hurtful. That’s one of those memories that come to me when I’ve woken up and can’t fall back asleep in the middle of the night. The look on his face & his unkind words can’t be erased from my memory or from existence. The knowledge that people like him exist can never go away.

And the knowledge that people close to me think the same as that guy hurts the worst. I’m no “shame,” but I know that people in my family feel ashamed of my relationship. I’ve done everything possible to be someone they could be proud of. Star athlete. Great student. College scholarships. Graduated law school. Became a professor before 30. And all kinds of stuff in between.

And none of it matters because of the other labels. All the aptitude and character-based achievements mean nothing because people want to see something completely unrelated to them or to who I am at my core.

That sort of blind disdain for an entire demographic group is why race is still a tough issue. We can never un-know or undo our country’s history of enslaving, disenfranchising, and being all-around dicks to people with brown skin. We collect data on race. We make assumptions based on race. People do some outlandishly stupid stuff because of race.

In elementary school, I was listed as white. Apparently, the people in the office made their own assumptions based on my little white mama who came in to register her daughter named Heather. When my teacher saw my “race code” on one of the first days, we actually marched down to the office and had it changed. I remember feeling as if I had done something wrong. And the sheer confusion… what WAS race? I had no concept of it. I was a combination of things, neither fish nor fowl, but they were bound and determined to put me in a category… and a category I wasn’t comfortable with, at that.

How could I describe to them that I spent a lot of time with my mom’s family & that my skin wasn’t the tell-all?

How can I get more people now to understand that?

I’m not a lesbian. If I had to choose, I’d have to – HONESTLY – say bisexual. And that’s just a byproduct of not ever fitting into the prototypes. I never had a choice but to be in an interracial relationship. I was NEVER going to fit into the Little Wifey box, and never wanted to. I liked Daniel and Carley, Jonathan and Sara, Justin and Danielle in ways ranging from “Let’s be bff and become blood brothers” to “I want to hold your hand beneath a weeping willow”… it was always about seeing peoples’ goodness, their unique gifts, and being in touch with what that inspired in me.

I used to like people in all kinds of ways, and looked for reasons to like them, which led me to a crushing realization that there are people out there looking for reasons not to like folks.

I never fit wholly with one label, which makes it as frustrating as it is disappointing when people are so quick to judge or resistant to learn.