Y’all didn’t hear when I said Release the Kraken of Your Soul… Nobody liked when I said the trendy, fast-food version of positive thinking was delusional… and I got a rude message when I said that some thoughts and beliefs have made people scared of themselves. Then, there was:

And now… a bearded guy who they call a Zen Master said it, so now – maybe – it’ll be considered legit:

“Positive thinking” – as we know it – doesn’t work.

The article – here – gives a full account of why Osho thinjs the positive thinking trend, perpetuated for decades by How to Win Friends and Think and Grow Rich, actually HAVEN’T been helping people lead more fulfilling lives.

When asked what he thinks of the “positive thinking” movement, Osho believes that it’s doing more harm than good. Why? Because it means we’re denying reality and being dishonest to ourselves:
But! There’s a huge difference between thinking positively in a delusional, denying-reality way & thinking positively in a proactive, optimistic way. Like, if the house is burning down, it doesn’t help much to “think positive” and believe that it’s not. But we CAN put it out, we CAN accept that it is and make the best of the aftermath. And the fire doesn’t make me, within myself, more or less of anything.

The first step is acceptance of what is, not denying what’s not “on message”… from the article:

“The philosophy of positive thinking means being untruthful; it means being dishonest. It means seeing a certain thing and yet denying what you have seen; it means deceiving yourself and others.”

But not seeing it doesn’t make it not exist. The dark is part of life as light. Without dark, could there be light?

Life is made up of positive and negative (and neutral, but shut up). Take atoms, the building blocks of EVERYTHING, for example.

Atoms are made of extremely tiny particles called protons, neutrons, and electrons. Protons and neutrons are in the center of the atom, making up the nucleus. Electrons surround the nucleus. Protons have a positive charge. Electrons have a negative charge.
Denying the negative to only acknowledge the positive is like telling only half the truth. And we’ve seen what kind of trouble half-truths can get us. Look at politics. Look at what one party being in power, dictating the message, does! Look at the mess we’ve made of blind adherence to one party, rather than looking at situations for what they are and trying to find solutions for them that don’t require towing the party line. Another snippet from the article posits:

Acknowledging the negative doesn’t mean letting it win out.

We face death, but life goes on. Refusing to accept that loss doesn’t bring the person back. Moving on doesn’t mean we’ve forgotten the deceased. Being happy in general doesn’t mean we’re any less sad that they’re gone. And being sad doesn’t mean we still can’t be happy.

I know that denying what we consider “bad stuff”, repressing emotions or the truth about situations, has caused me WAY more harm than it’s done good. Ulcers, depression, resentment… denying what objectively IS is bogus AF.

It is what it is.

Viktor Frankl – neurologist, psychiatrist, and Holocaust survivor – told a story of the privileged girl who was grateful to be in a concentration camp because she was able to connect with a spiritual side of herself that she never knew existed. This mindset led Frankl to undertake an entire life’s work of studyug why, when faced with extreme adversity, some people positively flourish while others disintegrate.

The people who come out on top, even when they’re down, don’t get wrapped up in the situation. You’ll notice that accepting a situation for what it is & staying on course are the magic combo. If you were building a highway through a marsh, it’s the difference between seeing a swamp as a bad thing or as something that’s there and will factor into the plan. It’s what drives my All In method, too.

Things are as they are. We choose how we are within that.

As my dog would say… It Izz what it Izz… (Seriously, Izzy is too chill to be real. She’s made of clouds and Ambien or something.) 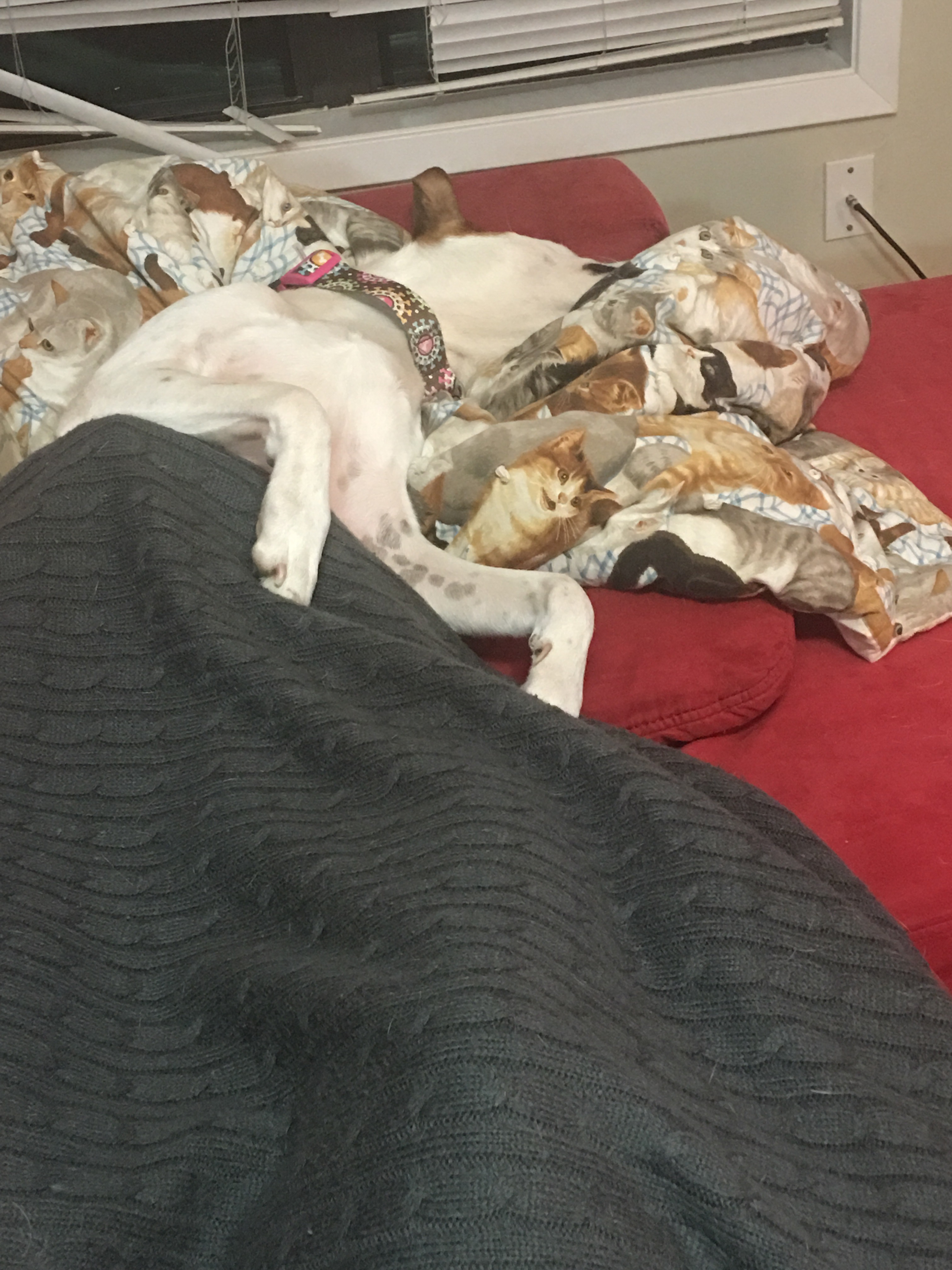