Wednesday night, I randomly came across a HuffPost opinion piece titled ‘Christians Turn Love into a Four-Letter Word‘.  It’s by Suzanne Dewitt Hall, a freelance writer who lives with her wife and cat named Chicken. I found it Googling “turn word love into” – I’ve got the tattoo bug & have been considering turning my rib work into something else. Zero relevance here; merely the gateway.

Before that article Suzanne wrote a satirical piece about Jesus being transgender that many people… didn’t take well. About the backlash, she writes:

What I didn’t expect was the degree and volume of absolute hatred that was projectile vomited all over the internet. Vomited by Christians; self-proclaimed followers of He who is love.

It’s understandable, though… nobody actually knows the definition of satire, much less how to laugh if it involves their Lord and Savior. Pretty ironic coming from a group who so pity the Moozlims for belonging to a group that goes insane when The Prophet is merely drawn, regardless of whether it’s in a flattering light or not. In the ‘Four Letter Word’ article, there are numerous screenshots of messages and comments many of which are hateful, nasty, belligerent, even bordering on malicious. Pretty great for a group whose namesake “is Love” huh?

But; again; I’m not surprised.

I wish I didn’t connect with the themes in her article as much as I did. Unfortunately, growing up in Texas exposed me to plenty of the vitriol and rejection demonstrated by the people who think they’re justified in the name of the Lord. It’s been the focus of, like, A BUNCH of my posts. Just trying to exorcise the hurt and anger I feel towards those people.

It makes no sense to me that “they” point at people, like me, who are just trying to live their lives and who have no bad intentions and direct A BUNCH of hate at us for whichever of the panoply characteristics that are considered inferior in this life. For who I love, I’m worth despising? Because of the color of my skin, I’m less capable? For my specRACKular assets, I’m less worth listening to? Because I think of God in a BIG way, not constrained by their small-minded fear-of-getting-it-wrong crap, I’m bad? Like, ugh, just go away.

But it’s no surprise to me, really, that people jump immediately to nastiness and rage. They’re afraid. They’re insecure. They’re terrified of the cosmic punishment promised them for not conforming to a narrow view of the world. So, they try to use the same tactics against those who threaten that tiny array of views. Monkey see. Monkey do. 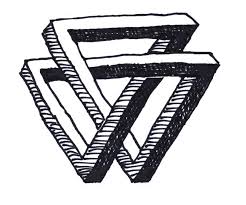 But, before even getting into the lack of love so often exhibited, there’s another thing that’s majorly lacking which requires some consideration: a lack of respect.

That people don’t respect the mere existence of their fellow citizens, wait, fellow humans is making the bigger [negative] impact on our society. It happens on a person-to-person basis, as well as across entire demographics and social groups. There is a major lack of respect for things that are different.

I asked Facebook: Can there be love without respect? Check out that conversation here. People had all kinds of responses.

And that’s where I go back to being aware of what we cause.

Throwing on a label means nothing these days. You can holler all you want about being one thing or another, but the things we cause and the way we affect others make the most noise. Love is an action, not just a recitation.

I’ve heard friends and family talk LOTS OF CRAP about brown-skinned people, same-sex attraction, other religions… they made it obvious their feelings are about those characteristics, demonstrated a major lack of respect for people in those groups, and I’m not supposed to feel negatively towards them, weird around them, or otherwise uncomfortable around them? I don’t know about you, but it’s hard for me to respect their lack of respect. I can’t do like so many other people in our society and tolerate their intolerance. And I can no longer abide the self-righteousness posing as piety that shrouds their un-spiritual behavior.

In the same way we, as Americans, find suicide bombers unpalatable, I find people using a religious shroud to create bile and discord just as disgusting.

It’s an incredibly unflattering stereotype. And, just like “not all _______ are bad” [insert any minority group] I’m fully aware that not all Christians are contentious hostiles.

I’m just sick of the angst so many have mindlessly left in their wake in the name of Christianity.

I’m sick of people using their religion as a sword to harm others and shield to shy away from the consequences of being buttheads.