…also, that’s not how evolution works.

Previously, I covered socialization and its effects on us. In A World Full of Impersonation, I Crave Unique Interpretation.

Mimicking is a big part of our learning process. To this very day, I put my seatbelt on exactly like my mother does. I still picture my Kindergarten teacher Cynthia Waller when I hear The Hand Jive… and then I do the moves. How did you learn how to make breakfast, shave, or treat others?

I’m gonna guess: by observing and repeating what you saw. 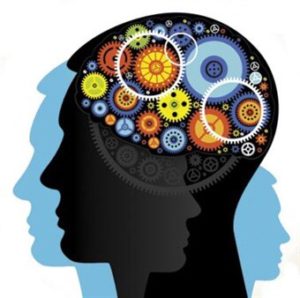 We all learned, picked up habits and mannerisms, and otherwise got our pattern for what life looks like by watching, being corrected, and performing acceptably (AKA: gaining approval).

Our brains like approval, positive reinforcement. It’s programmed in our brains to repeat the things that got us good results. Sidestepping negative feedback or punishment is the other side of that coin—avoiding pain is also a positive in our brains. Check out my Neuroscience Cheat Sheet pdf

So, we learn that compliance is good. When we comply, we get good feelings (praise, money, or other rewards), so we continue doing what’s always been done.

It’s clear that blind adherence to “how we’ve always done it” isn’t always the best policy. You know what that “Monkey See, Monkey Do” nonsense gets? The same as always.

You can’t get something different by doing the same thing. (And, no, that’s not the actual definition of insanity. Stop repeating that.) You can see it with political issues. We swing one way, we swing the other, one side tries to un-do what the other did… and we go nowhere.

As kids, we are along for the ride and are inculcated with behaviors and beliefs and world views. Luckily, we grow up and have the gift of self-examination.

For many, it’s a squandered gift…

I’ve seen it in real life. People who only spend time around those who are similar to them, having a circle jerk about how right they are for repeating back to each other what they already think. That’s a reinforcing cycle holding hands with confirmation bias, and The Backfire Effect is at the scorer’s table ready to check into the game. 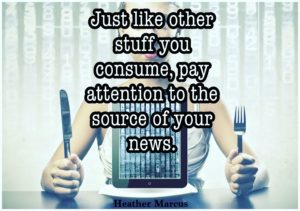 Birds of a feather flock together… and that’s more than looks. It’s mindset. Think back to elementary school—I can remember the day we all became aware of what each other did (or didn’t do) on Sundays.

The majority of people went to Baptist church or Catholic mass. It was easy for them when the question came up—“What ARE you?”

I grew up going to the Freetown Road Church of Christ. My answer: I’m a Christian.

I remember looking at them as if I had just smelled a fart. Aren’t Y’ALL also Christians? They didn’t have any sense of the larger picture. They couldn’t entertain that we were all, basically, on the same team BECAUSE OF THE SIMPLE FACT THAT WE DIDN’T HAVE THE SAME LABEL.

I remember feeling incredibly alienated from my classmates that day. And I can’t even imagine how my friend Nissreen felt.

Take a guess about which religion Nissreen’s family practiced. Hint: our class had to have an informational meeting about it after Desert Storm. Right before Winter Break, we had another session to talk about what everyone celebrated or would be doing until the spring semester started. I won’t lie: it kinda blew my mind that there was Hannukah and Kwanza and Ramadan and the word “secular”… I wasn’t exposed to it, because the belief system I was centered in wasn’t interested in learning or being exposed to anything different.

Because, to them, anything other than God’s teaching was blasphemously wrong, sinful. There was the threat of Hell, AKA: pain, if they strayed, even just learned about something not within the doctrine. Even asking questions was an indication of a lack of faith—or, at least, according to my 4th-6th grade Wednesday night teacher who told me to stop asking difficult-to-answer, natural follow-up questions because that’s not what good Christians did.

When I was working on my Master’s, I would take the train up to my school (the drive was unbearably traffic-y).

One day, a lady sitting near me at the train station struck up a conversation about the crochet project I was furiously working on. Little did I know, she was a Jehovah’s Witness trying to find a segway into asking about my relationship with God.

I told her that I really hoped she would listen to what I had to say and not just wait to talk about converting me, then followed up with the experiences I’ve had in nature and how I see us all connected and how I see God as the English word for what everyone has been trying to explain since the beginning of human consciousness. It was big and beautiful and… I won’t lie: I inspired my damn self. And she had no other follow-up but to try and shut me down. She wanted my view to be as small and specific as hers.

Needless to say, I didn’t convert.

Only this. Nothing new.

If you do the same you’ve always done, you’ll get what you’ve always gotten. For some people, that’s fine—they’re happy as long as they have enough.

I’m not satisfied with just that.

There is so much more to life..There are new things to be discovered, better outcomes waiting to be realized, and ways to create more than we even thought possible. And the people who deny evolution are exactly the types who are holding us back from all those things. That’s not a personal attack, and it’s not to say that they’re bad people.

Their spirit of denial and stubbornness, their deplorable lack of curiosity, the way their group, in general, has vilified intellectualism and education—THOSE are why they’re doing more harm than good.

We think the majority means something, rather, that it speaks to rightness, especially being raised to worship democracy. But the only thing that the majority means is that there are more adherents. Majority has nothing to do with being right. It does trick the unthinking brain into a sense of rightness, so folks get lulled into the sense that they’re right due to a lack of opposition.

There are as many unique perspectives on life as there are people on the planet. Some, we can totally jive with. Others, we find too disagreeable.

Even the people we think are part of our gang may not end up being so. Why do you think there are multiple Christian religions? Who do you think there are more than one of each denomination in many towns? Why don’t the First Baptist Church and the Calvary Baptist Church worship together? I remember the exodus from my hometown church when gay rights became a big public issue. Our preacher was… staunchly against. Many of the more progressive/less lame congregation members skee-daddled once they saw that the church was moving in that direction.