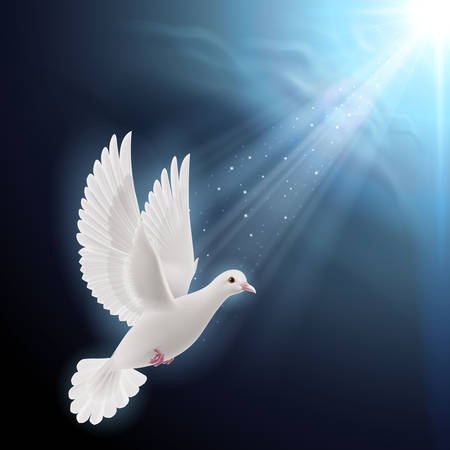 When people talk about dreams coming true, it’s usually not in the negative sense. I had a dream once that I was standing on the stage of my grandparents’ church, in front of an audience of family and friends, as my grandpa stood beside me with his hand on my shoulder.

Little did I know, the scene from that dream would be reality nine days later. It felt more like a waking nightmare.

It was one week into the spring semester, I was doing some Saturday afternoon chillin’ with my roommate when my mother called. My grandfather was going to die that very day, they could tell. She booked me a plane ticket on the spot, and I raced to the airport, hoping I’d arrive in time. Looking back, it was odd to be racing toward death, but we were circling the wagons. I wanted to be there to say goodbye. It was a landmark moment.

He had been put on palliative care. I arrived at my grandmother’s house to find him in the room where I had, weeks before, doodled and taped to the ceiling an I Love You! message. He had been immobilized by pain. For months, he had deteriorated, unable to do more than lie on his back and eat meager amounts of food. The thing about it, though, was that his sense of humor and warm spirit had persisted until his final week. In his last few days, staring into Death had changed him. He wasn’t there. There was only a body trying to continue functioning.

And that’s how I came upon him. He was not in his body. There was no sign of him, just a body reeling from the effort of staying alive. His eyes were closed. A family friend who happens to be one of the finest nurses in the state was there, administering pain medication via a dropper, doing what she could to help our family make it through to the end.

Raspy inhales cut through the room as we all gathered. His lungs were failing.

And then it stopped.

I couldn’t let go of his hand. I just looked at his hand in mine, remembering all the times we had held hands over the previous 25 years. It seemed surreal that it would be the last time I would touch him. I wiped tears from my face. I couldn’t stop looking at the shell of what was my Papaw. He was no longer there. Very seldom are we afforded the chance to recognize the moments that change us—this was one, and I was fully present in it.

That moment was surreal. It was Life, stripped down to its core. Everything was put into perspective in that very moment in a way I didn’t even understand.

I would miss school during that next week, but I didn’t care. I could make up the reading. I couldn’t make up the time or bonding or healing. I was taking classes with some of my law school’s best professors. They may as well have been bums outside the gas station and I was late for an appointment—I had no time for them. My mock trial team was practicing three nights a week, had met periodically over winter break, and was gearing up for a national tournament. I was missing a practice at the very moment Papaw died. None of it mattered.

My Papaw was gone. The guy who I could hang out with 24/7 was gone. He was more dad that granddad. He was a big brother, a friend, a guru, a confidant. He helped me grow, shaped me, and I felt like a piece of my heart was gone without him.

Writing has always been my go-to catharsis. So, the evening of the day he died, as I sat in the living room of a deadly-silent house, I wrote.

I wrote down every memory I had of him.

I wrote every nuance and sensory impression from every memory I had of him.

I wrote down the things I most admired about him.

Bless my eidetic memory. Bless my Papaw for knowing the important of last words, and blessing me with his the week before. His words affect me to this day.  I wanted to honor him by professing everything good I had witnessed in him. And I felt like I could be an emotional leader if I—the one everyone expected to be crushed by his death—stood up and delivered meaningful parting words.

I spent the second week of 2L year in my hometown, doing what I could for my family, trying to reconcile the massive hole that I felt inside, and gearing up to say goodbye. I had returned to my apartment, packed a few things (including my dog) and made the appropriate arrangements for my absence, and made the 4-hour drive back home. It was all empty time. The pages of my notebook held more ink and tear stains and raw emotion than ever before.

The night I got back home, I sat in the floor of my mother’s den, leaning against the couch, scratching my dog with my foot. The notebook lay next to me, offering its empty pages. Earlier that day, I had mentioned my dream to my family. They understood exactly what it meant and included me in the funeral plans.

Now, I had to write a eulogy befitting the amazing person my grandfather was. It had been tough to see him wither away, crushed under the weight of pain, unable to help in any real way. However, it was transformative. He provided a glimpse into the afterlife, insights that I didn’t understand consciously, but FELT on the most real level. The intangible quality of him is what made that body so memorable, and that’s what had made him special. A body was there, but it wasn’t him. His spirit was what mattered. His spirit was what I had to capture. I had to remind everyone of his spirit, the only thing that persisted, the thing that we all loved about him.

With that new realization, and all the things I had written, the eulogy came together easily. I had stories and insights that conveyed what he meant to me, as well as to others. I wove them into a tight package that flowed, and sprinkled in a few comedic relief moments—if he was anything, Papaw was good-humored, so it seemed appropriate to use that to honor him.

With the eulogy written, it was simply a matter of delivering it. The five days between that night and the funeral were full, yet void. I visited the driving range where Papaw and I had gone countless times. I drove around my hometown. I spent time with family. I looked over my speech a few times, rehearsing and memorizing how it all fit together.

Then, the day of the funeral rolled around.

The story seemed so easy to tell—it was the most honest thing I had ever written. It was second nature. But, for some reason, I didn’t have my voice that day. The goodbye was official. I felt like I was watching everything from behind glass. I didn’t feel like a real person. Nothing felt real.

The funeral home car picked us up from my grandmother’s house and took us to the church. People swirled around me. My best friend was there, a solid shoulder to lean on. Cousins, aunts, uncles, friends… they offered hugs and words of sympathy. To this day, I have no idea what actually happened.

The funeral began. I knew I would be after one of Papaw’s close friends, but I didn’t hear or register what was going on. It was only when my family started moving so that I could get out of the pew that I realized it was Go Time.

I walked up the few steps of the church stage, placed the now-crumpled speech on the lectern… I couldn’t look in the casket. Everything was moving in slow-motion.

I had spoken in front of judges, entire elementary schools, the NATION from a television set, but this was tough. This was emotional. This was the highest stakes I had ever experienced.

I licked my lips and inhaled as I scanned the room filled with mourners. And, in that moment, everything was OK. It was astounding the number of people who showed up for Papaw. I realized the importance of memorializing him. I saw the number of lives he had touched. I remembered my dream, and felt Papaw with me. Right then, I came back to life.

“Hi everyone… I’m Heather, or as you might know me:One of those grandkids Glenn was always talking about…” I smiled.

I continued with the eulogy, and broke down on the very last word. My peace was spoken. After everyone filed out of the auditorium, I tucked my notes into the casket. They could lay to rest with the person who inspired them, who inspired my greatest mental and emotional triumph.

After that, nothing seemed difficult. National mock trial tournament finals, classrooms full of students, big stakes conference calls with CEOs… nothing has been as BIG as that speech. I consider it part of my Papaw’s lasting legacy: he showed me how strong I could truly be.