Inside comedy is a Showtime series hosted by comedian David Steinberg wherein he interviews popular comedians to learn about how their respective life experiences influenced their careers, styles, etc.

In Season 2, Steinberg talks with Jim Carrey and Keenan Ivory Wayans, and one part of Keenan’s interview sticks out as particularly touching.

He recounts a time where he, a black kid from the projects, was “up there in front of a bunch of white people from New Jersey,” and had to figure out how he would break through to them. He relished in the diverse audiences he performed for in his earlier days, saying that it helped him learn about what made good comedy.

He poses a question during his one-on-one interview: “What are we gonna have in common?” Then, Keenan says:

That’s so great. What makes good comedy is the same as what makes for good relationships, successful campaigns, even just a happy life. Being open. Being honest. Being you. 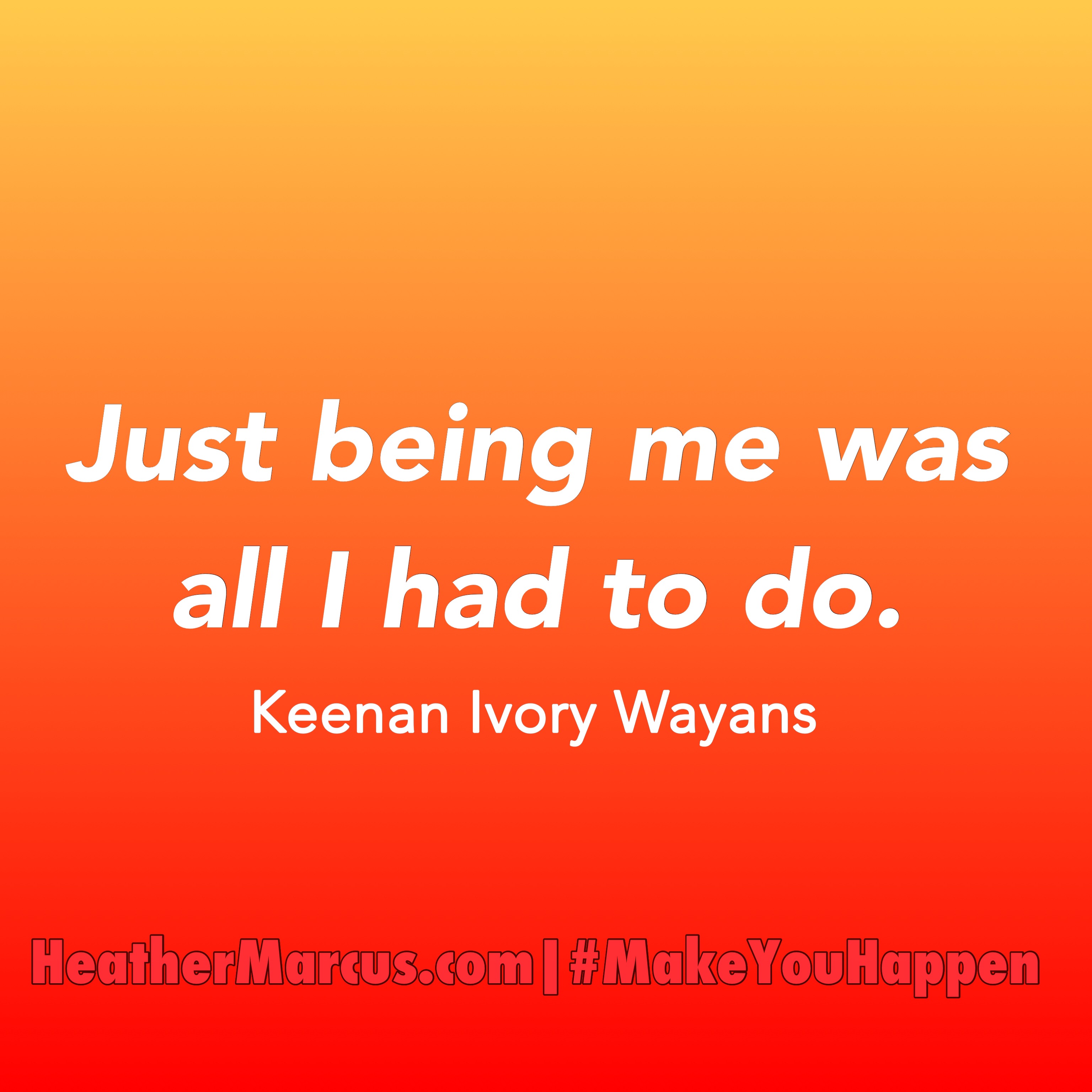 I’ve lived this very thing, growing up looking like NOBODY around me, friends AND family.  Just finding a small connection turns strangers into friends. The smallest glimmer of humanity beats out all the superficial differences that may otherwise separate us. Firsthand, I can tell you that being accessible is what creates connections.

It’s why For the Cure works — it can apply to everyone who is a woman or has a woman in their life. It’s what I meant when I wrote about ENCOMPASSINGNESS in this article.
http://heathermarcus.com/get-everybody-in/ It’s what I hope to encourage through #MakeYouHappen, my “All In” theory, and with all the other work I do to shine more light on how we can unearth all the power to create our desired lives.

In order to be yourself, it helps to know who you are: Own Yourself