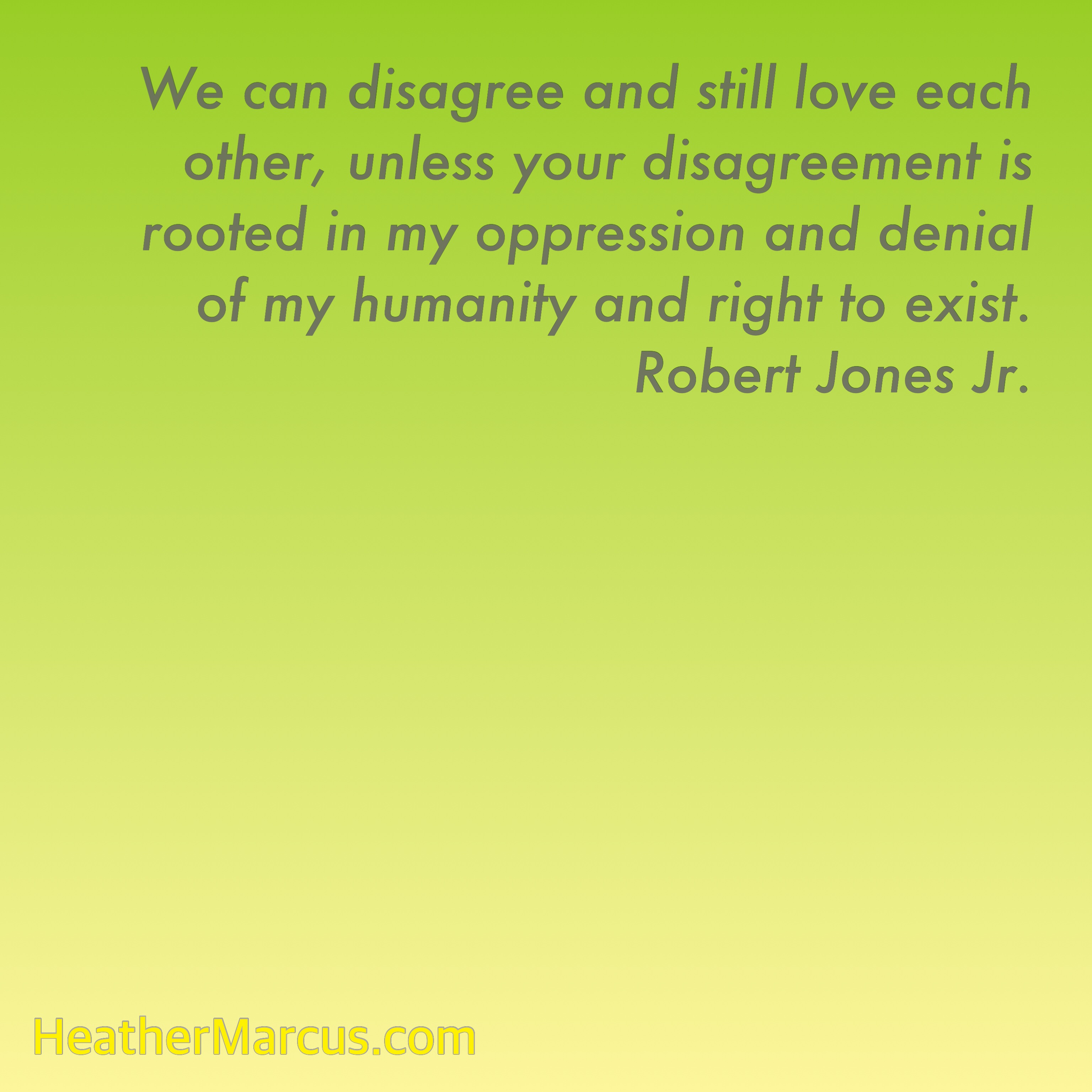 When I need a writing break, Netflix often gets a visit… its comedy category, to be exact.

Just yesterday, I re-watched a Patton Oswalt stand-up show during which he said this:

“You’ve gotta respect everyone’s beliefs.” No, you don’t. That’s what gets us in trouble. Look, you have to acknowledge everyone’s beliefs, and then you have to reserve the right to go: “That is f*cking stupid. Are you kidding me?” I acknowledge that you believe that, that’s great, but I’m not going to respect it. I have an uncle that believes he saw Sasquatch. We do not believe him, nor do we respect him!

It kinda hit home with me, because I’ve been REAAALLLLY down on people lately. I don’t like the self-righteous pitying tolerance masquerading as “love” & disregard for people who aren’t playing by their same rules (see: ‘Love the _____. Hate the ______.‘ and ‘RIP, Unconditional Love‘). The television-informed conservatives from the religious group that has considerable numbers in the US treat everyone else as deficient; if we’re not one of them, we aren’t somehow less deserving of respect, rights, etc.

In the space between us, they see only differences. The lack of empathy is astounding.

I’ve been struggling with how to reconcile our seemingly-incompatible views of life, especially because it causes so much strife between people. These arguments are fueled by media, politicians, those who have an interest in keeping us all at-odds with superficial arguments. And, since I haven’t been able to reach people logically to start a conversation about better ways to move forward, I’m just gonna start calling out the b.s. when and where I smell it.

And I definitely think we all deserve respect — that’s actually why I don’t agree with most dogma-driven groups about who they think deserves rights and how they treat many of us because of our Otherness: they lack respect.

So, what is to be done with the people who extend no respect? If we reap what we sow, don’t they get no respect? You get what you give, so they’ll be given no respect. But that makes me no better than them.

Then, I came across this Robert Jones quote >>

It made things a bit clearer for me — people may be entitled to their opinion, their beliefs, but I don’t have to respect them, abide them. And I have no desire to keep people from having opinions. And I wish I didn’t worry about them and their unpopular opinions.

But I DO worry about them.

They vote. They make laws to target & hurt entire groups of people. They deny us “Others” services of all kinds. They hurt us, emotionally and physically.

Their freedom, their happiness, their existence hinges on whether or not their way is the only way, otherwise, they’re persecuted!… and they want me, the target of their disdain on many fronts, to sit idly by, accept it, respect it??

Fuuuuuuuc–you know what? Let me shake off my hypocrisy rage & chill.

I just browsed twitter to clear my head a bit, this from @jehorowitz, retweeted by my old law school condomate, popped up:

Yes, liberals do that, too… but it’s just, like, they’re not being terrible people when they do it. I’ve observed that liberals use their free speech to speak out against the deplorable rhetoric, the stifling tradition, that has sought to oppress people for generations. Conservatives want theirs respected & protected so that they can be shitty to someone else cuz this is a free country where I can say anything I want, and no damn snowflake is gonna keep me from doing just that, no matter how out-of-touch, ignorant, or bigoted I’m being!

Everyone is entitled to their opinion. We have freedom of speech, yes, but that has to do only with the fact that the government isn’t allowed to make laws prohibiting what we can say in public (with a few exceptions). Free speech has nothing to do with the fact that someone can’t lean over and say, “Uhhh… you’re an asshole,” because…