I don’t know why all you dudes post stuff about lions… the male lion ain’t SHIZ without the lionesses. Meanwhile, the ladies can survive on their own & do their thing, if need be. The guys are only really necessary for baby batter. But they are better together.

If they expect any type of longevity, they have to come together. The males don’t really do much on their own. The females stand a bit more chance, as they stay together, but even they can only live as long as their youngest member. 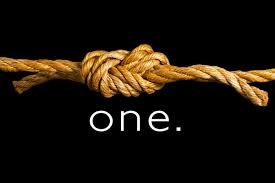 We, as humans in our society, are the same.

We’re seeing, right now, what splintering off & leaving each other out have on a body. We’ve lost our sense of togetherness, of being a group, and that’s served our detriment in both the short- and long-run.

Plenty of people point plenty of fingers, with plenty more pointing back at them. The religious types think all the “immoral” people have ruined the country, while progressives say conservatives are holding us all back, and the divisions perpetuate over numerous other issues. The rich, the poor, the scientists; the creationists… they’re all so damn sure they’re right and their opposites are wrong, and instead of finding actual solutions, they dig in and insist that theirs is the only one.

We’re all each other’s problems.

And we are also the solutions.

Think of the great prides of lions: they’re numerous, they all have roles & serve them, and they’re all sustained by their collective effort. They boot out the ones who don’t contribute. They don’t abide selfishness. They give respect when it’s due. They fight for their pride. And they can last generation after generation.