A friend and I have been engaged in a decade-long conversation about how awesome we want to be and to make our lives.

It’s so fun to look back at when we were in college decked out in BU gear on the stairs of a friend’s apartment complex, dreaming out loud.  Even more fun is going deeper within ourselves, and uncovering bigger and better goals as we grow.

A conversation last month sparked a Google binge that led me to this video:

We had been talking about the smallest ways we notice how we were socialized; how we act without thinking with things as seemingly-innocuous as eating at certain times of the day because we feel we have to.

Of course, there are bigger things than adhering to dinner time, rather than seeing if you’re actually hunger. Things like emotional habits and knee-jerk reactions and self-perpetuating cycles. I have them. You have them. We all have them.

The video talks about how learned behaviors influence how we act in the context of relationships, and how we can become that which we hate if we aren’t aware of what happened to us, how we have been influenced, and the true effects of our actions.

We were all socialized.

It’s not bad; it just happens. It’s a natural process; we’re born and people feel responsible for making sure we don’t turn into social deviants, destined to be cast out. Over time, some of us cultivate different ideas about life than what the norms in our areas dictated—those can be painful times, feeling the separation from your past or your family or a sense of fitting in.  It’s innate to fear being an outcast. 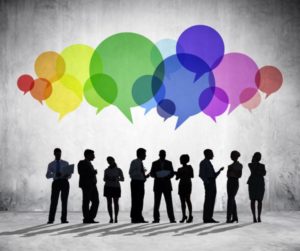 We learn by being part of a group—as a kid, I woke up in a house with mom, dad, and a sister down the hall; we ate cereal or oatmeal or toast with a banana most mornings because mom was a pantsuit type, not a homemaker type; I put on certain clothes depending on the day (M-F, schoolwear; Sundays, church clothes… and even those changed over the years). I played on teams, belonged to clubs, and identified with social trends that all sculpted my view of myself and my place in the world.

That’s what socialization is meant to do: give us context.

Everyone learned a routine specific to their lives, their norms, their beliefs, their habits, etc.

You live in a certain area, and are part of that larger community—maybe there’s high crime; maybe people all know each other, or maybe they’re rushing about, too busy to say “Hello”; maybe you’re surrounded by nature or the urban jungle.

Larger ideals also shape entire civilizations. As Americans, we are taught that democracy is awesome and that we should love liberty and having rights and bald eagles and all that. Those intangible things (minus the eagles) have to be decrypted by our brains, and that’s where we run into a few roadblocks. 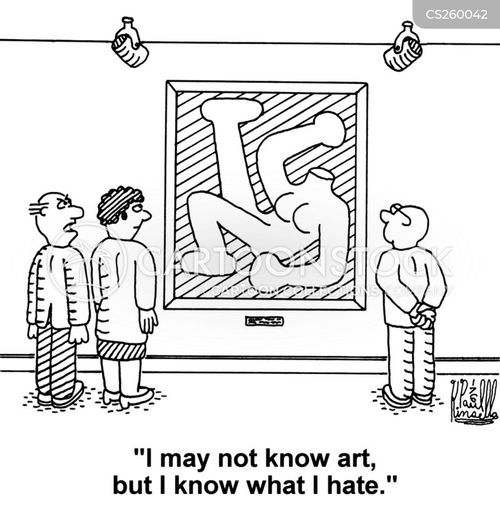 What is freedom? Is it to live free from terrorism, or is it to be able to protest against government? Is it the ability to kneel during the national anthem instead of placing your hand over your heart?

What is right? To some, it’s doing what they’re supposed to. So some people, it’s living by a Christian code or a Muslim code or a Buddhist code. To others, it’s doing no harm to innocent lives.

There are no “right” answers to those things. They’re all up for debate based on our beliefs. We know what seems right when we see it.

You wouldn’t think murder is right just because it became legal. Or would you? What if someone murdered your child or spouse?

There are accepted extenuating circumstances, like crimes of passion or lack of mens rea. Other people have justified hate crimes in their minds, claiming them as demonstrations of true believers. We’re given laws to control our behavior, and think everything is all gravy if we stay within those.

Political affiliation is largely influenced by how a person believes the world to be and should be. Like the video explains, “Your beliefs are based on your interpretation of what you see, hear, and feel in the world.” And we express those beliefs as fact.

I Tried to Teach My Students About This

The one example I’ve LIVED which drives that point home for me is growing up where I did and feeling sexual attraction how I do.

My hometown had conservative roots, and my family’s went even deeper. Add in the Church of Christ and… well, I didn’t grow up with the west coast Berkeley types. 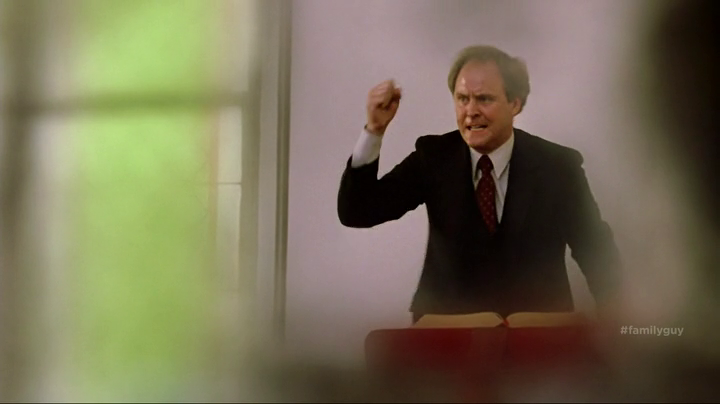 All I heard was that gay was bad. I had no idea what being gay was, but I was convinced that gays were horrible and that I hated them. Well, I knew that the people I was around weren’t cool with them, so that meant I shouldn’t be either… right? And they had heard it from the pulpit, and that guy’s delivering the message of the Lord… so he can’t be wrong… right?

It caused me severe mental anguish. The cognitive dissonance was real. That guy can’t be nice; he’s gay! I was closed off to my own feelings for a long time. I can’t be gay: I hate gay!

Those people I grew up with didn’t know they were causing me so much harm, and some of them don’t care and relish in their ability to feel superior. In their minds, I know it’s justified because they REALLY DO BELIEVE they’re doing the right thing.

Realizing that helped me let go of the pain. Empathizing with them, truly stepping into their shoes, turned them from “horrible, heartless monsters” into “people just doing their best”.

Here’s the thing to remember:

You’re the only one who has your POV and your beliefs, which you created from your interpretations.

It’s the same as when you’re watching a movie. You’re the only one in your seat, behind your eyeballs, with that particular angle in relation to the screen. You may identify, personality-wise, race-wise, otherwise, with one character more than the others. You may have to get up to pee, so your movie experience will be incomplete.

The same applies to life. Other people might have verrrry similar interpretations. Others might be tangential. And others, as we’ve experienced, differ drastically.

Think of yourself like a filter through which everything in life passes. Based on your socialization, some things pass through the filter as positive and others as negative, and it all comes out the other side as “Life as only I tell it”.

I wish more people told their own stories, rather than re-telling the ones they’re given. I wish more people paid more attention to what their brains actually tell them about life. I wish there were more interpretations and less impersonation.