Thanks to the inescapable draw to cut through the political bullshit & find universal principles for our benefit, I’ve slogged through countless research papers, opinion articles, historical accounts, treatises, and quotes.

Looking at work on “might makes right” (because it’s antiquated and getting us nowhere) unearthed this:

If family violence teaches children that might makes right at home, how will we hope to cure the futile impulse to solve worldly conflicts with force? – Letty Cottin Pogrebin

This made me pause, because I identify with it intensely. The quote says, basically, that we do what we’ve learned & perpetuate that instead of preventing what it’s intended to stop. It reminds me of this picture: 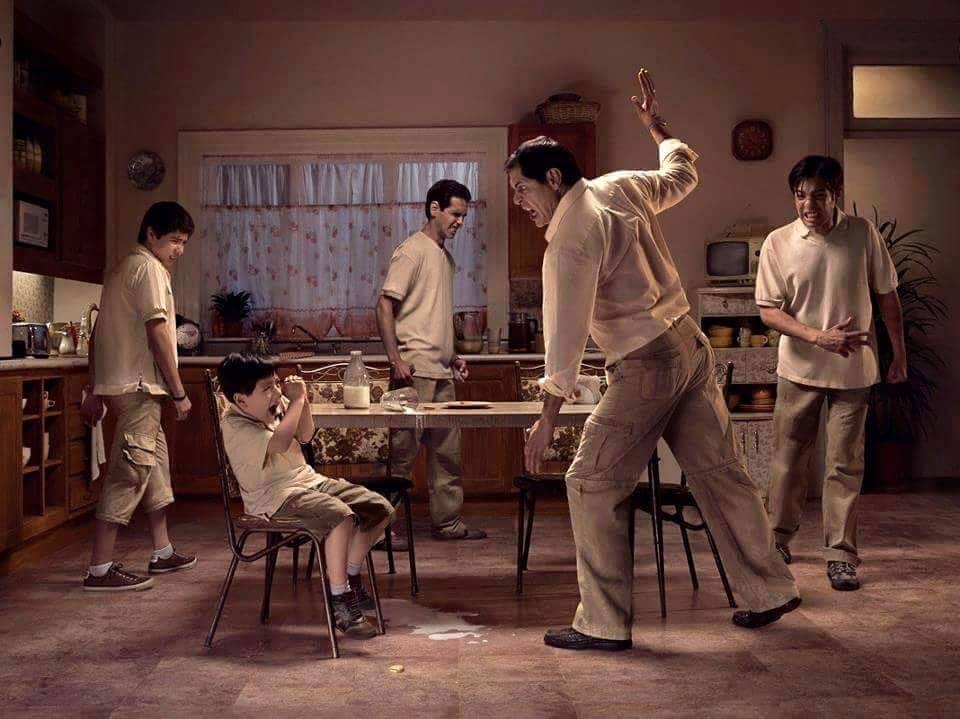 I learned to hit because I was hit. It stopped me from doing what I was doing in the moment, but it didn’t do good in the long-run. The anger it created in me was the biggest stumbling block and challenge I had to overcome in learning to separate my reactionary cavewoman from the best version of myself.

It took re-training myself to understand that “best version” is who I am 1st. And it got drowned out when I felt threatened, which triggers the Fight or Flight mechanism we all have. I had to learn to get past that anxiety state, to take thoughts into the “upper level” of my brain: the neocortex (where thought processes live).

Taking the time to let initial reactions calm down and turn into rational thought helped me become less anxious, less angry, and become more understanding (and forgiving) of things. “What caused the urge to lash out?” It’s how I was able to get out of the pity, anger, & vengeance of being abused. “If I’m angry because of this, doesn’t it make sense that the same applies to this person?”

Plus, it was very clear that it wasn’t just me being in trouble. Such severe “punishment” had to be from something else. But that didn’t stop me from taking it personally for a long time.

But when I “rose above the maze” & recognized the situation for what it was, I was able to release myself from it. I accepted that those things happened to me, but they didn’t define me.

But when I “rose above the maze” & recognized the situation for what it was, I was able to release myself from it. I accepted that those things happened to me, but they didn’t define me.

But that was only half the battle for me. I came to terms with the hurtful actions and the first level, but something still didn’t feel quite right. 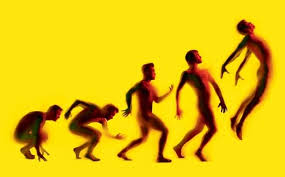 I also experienced a considerable amount of rage toward the dogma & mindset that allowed those things to happen to me. My struggle went from physical and personal to historical and ideological.

It didn’t make sense to me that a person should be shackled to someone who was nothing but draining, hurtful, and destructive. I was indignant that I had to watch someone be subjugated and enslaved… Divorce is a sin… And I took it personally that I wasn’t worth protecting more than protecting some intangible belief. You wanna talk about being ANNGRRRYY…

Again, ia major mental roadblock that I had to step back from and review. Why did this happen with no correction? Why wasn’t the resolution swift and severe?

It clicked: Everyone has their own mental hangups. There was a fear-based ruling set of doctrines that was keeping people in place. They were doing what they thought was best.

And that’s when I really leveled up.

People are just trying their best to do what they think is right. Sometimes losing the forest for the trees…

It reminds me of Aristotle’s “practical wisdom”:

And that’s where the hyperpartisan, non-inclusive political world loses. In his work in ethics and politics, Aristotle identifies the highest good with intellectual virtue; that is, a moral person is one who cultivates certain virtues based on reasoning.

When it comes to US politics, we’ve suspended quite a bit of reason in th quest to simply “win”. People would rather their party win than to find useful solutions. Views are forced from both sides and, no matter their merits, are met with resistance. Then, people get angry that the things they feel are universal aren’t. And that anger is matched. And on and on, completely ignoring the concepts of what goes around comes around & “for every action, there is an equal and opposite reaction.”

So, why don’t we stop all the fighting and actually LOOK for solutions that actually work? [By providing the most good?] When we find what’s right, it won’t be stopped. Isn’t that how we’ll know it is, indeed, right?

Let’s have faith that right makes might; and in that faith let us, to the end, dare to do our duty as we understand it. – Abraham Lincoln