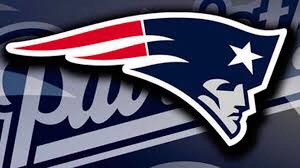 You probably think I’m talking about the Patriots… well, yeah. But if you assume I’m not a Pats fan, you’d be wrong.

“Y’all caught us filming other teams’ practices… what rule is there against that?”

“You caught us deflating footballs? Am I kicked out? Oh, only four games & I can still win a Super Bowl? ….’kay.”

This shows that just because you win, it doesn’t mean you’re right.

The same can be said about the presidential election where a much-maligned and repugnantly disrespectful person technically won leading millions of people to the Mental Mistake of the Majority – thinking that because you’ve won, you’re right. And now we’ve seen peoples’ inner bigots and racists and assholes unzip their socially-acceptable masks and come out.

In the Patriots case, winning meant they scored more points. It has nothing to do with merit. In the case of elections, winning just means there’s more of your “type” BUT THAT CAN’T EVEN BE SAID ABOUT THIS ONE! Ha!

Your candidate winning a seat only means they got elected. Having a majority only means you’re numerous; not correct.

But that’s been the scariest thing about the post-election world: SO MANY people are justified in their opinions, thinking they’re more valid because the party that embodies those positions got votes. For many, the government’s makeup has emboldened them to stand firm in their xenophobia, homophobia, science-phobia, anti-intellectualism, and a bunch of irrational and illogical thinking (looking at you, Muslim Ban).

Winning elections means there are more of you. Yes, there’s the “might makes right” maxim, but are we still so unevolved? What about those principles and codes people supposedly live by?