I’ve come to think of them as: Detours from how I thought life would go. 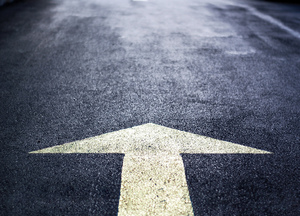 I thought I would have a little more time with my Papaw. I thought he’d see me graduate law school. I thought we would get to watch Christmas vacation together a few more times. I thought that wonderful thing in my life would never change.

But it did. It ended. It only exists in memories. And it took me awhile to catch up to the change.

I was sad for a really long time. I didn’t have very much joy for a very long time. And there were other things going on, but losing him was the thing I could assign my hurt & reaulting inaction.

But, even that – the most devastating loss I’ve experienced to date – didn’t have anything to do with me. I let it affect me negatively for a long time. In retrospect, knowing him & losing him was indispensable.

We had one final talk where he said that he had faith in what was around the corner, that he wasn’t afraid, and that he had tried his best.

He tries his best.

That is burned on my insides. “I tried my best.”

He repeated it three times as he reclined in his chair, the pain obvious on his face.

And I knew he meant it. It was obvious in his life. He always tried to do what he felt was right. He had a view of what he wanted his life to look like, and he was always aiming for that. He had real character (and was a real character, on top of that). And his death was a big blow.

But, still, it didn’t have anything to do with me.

He even tried to tell me – “I don’t want this to knock you off course…” Yeah, not like starting a new semester of law school as the only 2L on a super-competitive nationally-ranked mock trial team wasn’t tough enough. Let’s add a huge emotional setback to the mix!

It’s only been recently that I understood exactly what he meant. He knew the impact his death would have on me. And he wanted me to know that it shouldn’t distract me from my journey.

He he lay there, staring into his own mortality, he didn’t want to hinder me. I meeeaannn…

But that’s just how he operated. He was the type who is going to handle situations with the dignity and character he possessed. He didn’t let what was going on change how he was going to be.

THAT’S what he wanted for me.

Talk about turning loss into a lesson.

“You just keep on.” It was the least selfish I’ve ever seen a person be. It’s been a beautiful realization. After an entire life of telling me the good things he saw in me, he wanted me to continue being those things.

He wasn’t the reason I had good qualities. He was an example of how to use them. He was encouragement for me to use them, to be a person of character, and to do what I felt was right no matter what was going on around me.

He died the first week of the semester. I had to re-focus. There was reading & mock trial practice & other responsibilities to handle. I had to “rise above the maze” & understand exactly where I stood. Yes, things were different. Yes, my friend was gone. But I wasn’t any less of myself. I wasn’t diminished. It hurt, but his death didn’t have anything to do with me.

But that didn’t stop me from using my sadness as a crutch for a bit. It was my excuse to wallow. It was a scapegoat. 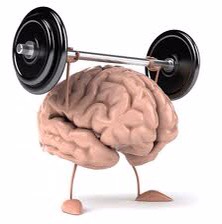 That’s what excuses do: they give us a reason to stay in the same place, to remain in the comfort zone (even if that zone has sadness).

Our brains go. “If I can justify my bahevior, I don’t have to change.” Because our brains don’t like change; they like the status quo.

“Addiction runs in my family.”

“That’s how we’ve always done it.”

They’re all excuses. And totally bogus.

And here’s the deal: You wouldn’t have to make an excuse if you truly didn’t know better.

And, guess what, we’re all lazy. But the people who actually want to achieve break the lazy, break the excuse habit, and get things done. One thing that helps:

Having the Right Motivation.

Your goal has to be compelling, greater than your desire for stasis. Read on for that.

Know that you’ll face adversity. Accept it. Plan for it.

Something to *cough* Reflect On
"You’re Not So Diverse As You Drunk I Am" (Or, ‘Don’t Diversity Under the Influence’)