The executive order to halt immigration from seven predominantly-Muslim countries and all refugees, also called the “Muslim Ban”, is going to court today. Catch the live stream here.

When that executive order was passed, people flew into a tizzy for a variety of reasons… It’s unconstitutional! (Well…) It’s Un-American! (It is.) We don’t discriminate on the basis of race or national origin! (Don’t we?) Not all Muslims are radicals! (They’re not.) We’re all immigrants!

Wait, what was that last one?

We Are All Immigrants!

Saying we’re all immigrants is just about as smart as saying that we need to ban everyone of a particular national origin or religion from our country.

That’s a cute argument, meant to conjure patriotic and nostalgic feelings of the story of our country’s founding. But it’s a garbage argument that glosses over some pretty-damn-important issues and facts. If you want to put a technical term on the fallacy of this argument, learn which kind it is here.

But, they stopped being immigrants when they had this thing called the American Revolutionary War. Maybe you’ve heard of it? The redcoats coming and what-not…

When the US was formed, so was citizenship in it. Well, for white people. But that’s a whole ‘nother can of worms.

Then, after the Civil War, the Fourteenth Amendment was passed which includes this:

That’s referred to as the Citizenship Clause, and provides two pathways for citizenship: birthright citizenship, in which a person is presumed to be a citizen provided that they are born within the territorial limits of the United States, or other circumstances existing at the time of their birth (for example, citizenship of a parent), and naturalization, a process in which an immigrant applies for citizenship and is accepted. It’s also seen as covering newly-released slaves with the citizenship blanket because many of them were born here, and the ones that weren’t were just like… here. Citizen by default. 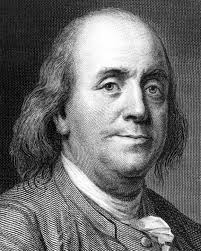 So, do we Americans have deep immigrant roots?

But we are NOT immigrants.

We are US citizens.

There are rights, duties, and benefits associated with being a citizen that aren’t extended to everyone else.

Whether we like it or not, the same rules do not apply to immigrants as they do to those of us with citizenship, at least as the laws stand today. Did you know that, even as American citizens, we aren’t guaranteed entry to the country? Yeah… And that’s where people have missed the boat (just like with other issues, like abortion or supporting the Muslim Ban or calling Bush a war criminal): the nuance of these issues, and not losing sight of some inherent realities… or, at least, legalities.

But, this brings up a whole different issue about LEGAL vs. RIGHT – stay tuned for that post.

While the blind hatred demonstrated by most conservatives, especially about terrorism, is ignorant, misguided, and downright stupid, the fact remains that we are NOT all immigrants. In our hearts, yes, we can identify with them and empathize and wish better for them. But, we are subject to a set of laws that draw a very-real line that makes us, as citizens, not immigrants.