So, what exactly is an argument?

By the book, an argument is “a set of statements of which it is claimed that one of those statements (the conclusion) is supported by the others (the premises).” 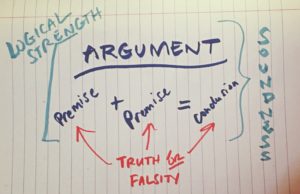 So, what do these elements of a good argument entail?

Of course, some arguments are better than others. Here’s an obviously-bad argument:

Sydney is in Cape Breton, therefore Chipmunks like toast.

Intuitively, we know that’s a bad argument, but why exactly?

Let’s look at this one:

P: Jefferson was President of the U.S.A.

P: All of the Presidents of the USA have been men.

C: Jefferson was a man.

Is that a good argument?

P: All but one of the Prime Ministers of Canada have been men.

C: Trudeau was a man.

Both of the previous two arguments are good arguments in some sense, but they differ in terms of logical strength.

If an argument possesses either deductive validity or inductive strength, you can consider the argument logically strong.

Think of deductive validity and inductive strength as different flavors of logical strength. 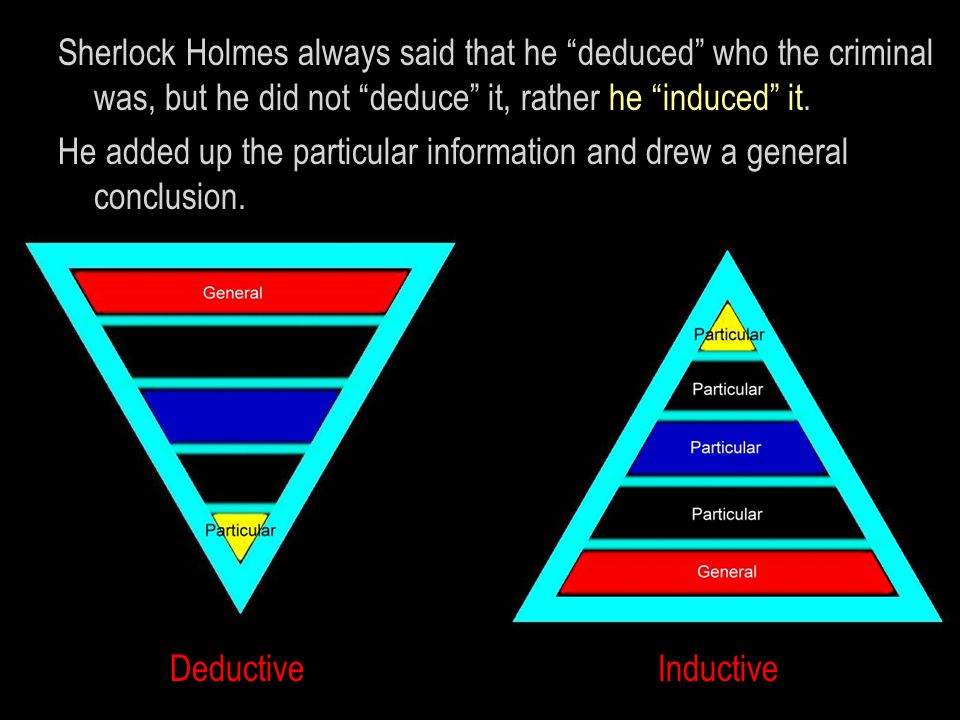 What about this argument?

P: Jefferson was President of the USA

P: Franklin was never President of the USA.

C: Monkeys are made of goo.

Surprisingly, it’s a deductively valid argument. It’s impossible to have a true premise and a false conclusion. [Look back at the definition of deductive validity]

With that in mind, we can say the Monkey Goo Argument has logical strength. HOWEVER, it’s a terrible argument. What do monkeys have to do with early Americans?

In general, there are two things a good argument should have:

It’s important to note that logical strength and soundness are properties of arguments. Truth or falsity apply to statements (premises or conclusions). To say “that argument is false” or “that premise is logically strong” would be nonsense.

To be accurate, it’s worth noting that you don’t always want arguments to be sound. Consider the following argument from an imaginary murder trial by an imaginary defense lawyer.

P:  My client was in Ottawa 10 minutes before the murder was committed.

P:  The murder was committed in Toronto.

P:  My client is the murderer.

C:  My client must have traveled from Ottawa to Toronto in 10 minutes. (They’re 200+ miles apart.)

Clearly, when a person tries to give a reductio argument, he or she is not trying to present a sound argument since the whole idea is to show that one of the premises is false. The argument is merely meant to serve a point.

Read more in The Guide to Fallacy.

A good argument is an argument that is valid and/or strong, with plausible premises that are true, do not beg the question, and are relevant to the conclusion.