You just want to win. 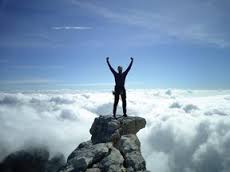 WINNING is the active verb. It implies the action, the process of achieving.

Winning is all the hard work between beginning and reaching the finish line. It’s miles 0.5 to 26.2. It’s the sweat, the blood, the constant pursuit.

We, as a society, set goals and very few people reach them. The American Dream Is Isn’t Reality

People don’t really love winning. And they don’t love winners. In fact, researchers and economists in Great Britain have shown just how much people hate a winner.

The researchers, Professor Andrew Oswald of the University of Warwick and Dr. Daniel Zizzo of Oxford, designed a new kind of experiment, played with real cash, in which subjects could anonymously “burn” away other people’s money — but only at the cost of giving up some of their own.

Despite this cost to themselves, and contrary to economists’ usual assumptions, 62% of those tested chose to destroy part of other test subjects’ cash. In the experiment, half of all the laboratory earnings were deliberately destroyed by fellow subjects.

Everyone in the laboratory sessions was anonymous and hidden. The subjects had only a computer terminal, into which they played, and in which they could see how much other people were winning.
In each session, the test subjects began with a betting stage which gave them some money (about 10 pounds, but sometimes much more), creating an unequal wealth distribution.

In the final stage, the “burning” stage, subjects could if they wished eliminate (“burn away”) other people’s money -– but only by giving up some of their own cash winnings. At the most expensive level, they had to give up 25 pence to destroy 1 full pound owned by someone else.

It was made clear to all subjects that burning others would reduce the cash of the person choosing to burn.

The economists expected little burning, and especially that the laboratory subjects would stop destroying other people’s money once the price reached 0.25, but in fact they found that even this high price did little to stop people from annihilating other people’s wealth. Most individuals still chose to hurt others, despite the large cost to their own pocket.

The researchers found that those who gained the most additional money at the betting stage burned poor and rich alike, while disadvantaged laboratory subjects mainly targeted those subjects they saw getting what they perceived as undeserved financial windfalls.

Did you catch all that?

If we look at which direction those folks’ own situations went in, 62% of them went negative.

And petty and spiteful don’t do much for true improvement.

Maybe it’s the Millennial mindset, the effects of everyone getting a participation ribbon… but one thing is certain: people don’t love winning.

They merely want to win.

They want the finish line without running the race.

They want rewards without doing any reaping.

Don’t be one of THEM.

Don’t buy into their crap.

Don’t be one of the losers in disguise.

Be one of the people who knows what winning is, who takes part in it, and achieves.