This scene from ‘The Big Short’ made me stand up and say, “EFFIN A!!”

Those writers, through Steve Carell-as-Mark Baum are spitting truth, but nobody wants to hear it.

That character is more than just one man. He stands for everybody who is angry & fed up with the zombies and sheeple and ignorami.

He’s unpleasant, confrontational, not concerned with hurting feelings if he knows he’s being truthful.

And that’s the thing: HE’S TELLING THE TRUTH. 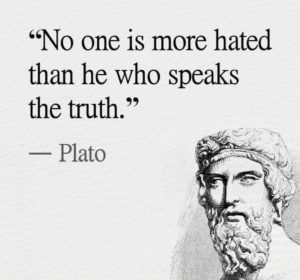 He’s what the weak-ass, punk-ass sissies would call “not nice.” He uses words that would turn off the people who are more concerned with them than the message.

The people who are responsible for our society reaching this point.

Rather than listen, wake up, get an upgrade, those people think he’s the problem.

The person who saw behind the the curtain and speaks the truth is the problem. The person who is actually doing right needs medication, so he can be as dumb and numb as everybody else. He needs to be controlled. He’s the one who needs help.

I’m grossed out by it.

I know what it’s like to be “too much”, too real, too in-your-face for all the lames & mental slaves.

I know what it feels like to make myself smaller to be more palatable.

And I know what it feels like to be fed up & finally say NO MORE to it.

I am not afraid of my power. I am not meant to be subjected, shrunk, or silent.