A couple days ago, Jelaine and I were talking over dinner. CNN was on in the background, and our conversation paused at the exact moment the reporter switched from the story about the Charleston church murder trial to some annoying misogynistic sound byte from the blowhard-elect.

It, uhh, sparked some discourse.

Jelaine, being a Michigander, always gives me new perspectives on issues. She has a totally different understanding about issues than I, a born n raised Texan; so, we started comparing notes and then I started in with my Devil’s Advocate “what if” and “don’t we have to consider”… (I, literally, CANNOT help it)

Don’t we have to consider that the Charleston shooter was compelled by something very deep within him? Don’t terrorists feel the same? Aren’t other people compelled by that same deep conviction to do good things? And don’t they do those good things in the name of… God? Humanity? Allah? Buddha? Because they’re simply good people?

We all have something we care about. We all want to protect what we care about. We are all curious about how we were created, what our purpose is, what our legacy will be. We are all made of the same stuff… but, so many people have become focused on the minutia – who someone is praying too, who a person loves, how votes are cast – and would rather did mean, disown, or dispatch people because of that.

And it was at dinner, in a moment of sadness and frustration that I threw out a much less eloquent version of the above, but one that is no less true: 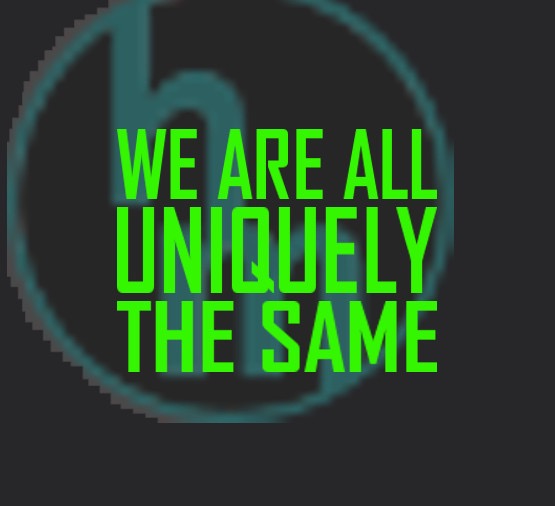 I’m in no position to pass judgment about what someone believes. But I do judge when they’re sheep about it, mindlessly following, doing nothing to be examples of their beliefs. And I can’t stand that people are ready to kill each other over which word for “God” they use. And I can’t stand that something meant to be so great has done so much harm to people in so many ways.

we miss so much by not seeking out new and different perspectives, or learning about how other people live and how they might have had similar socialization that caused different results.

If we were to Focus on the shared experience of being socialized, rather than hating the results that are different and others, we could probably share a couple of laughs about those experiences, if not cultivate an appreciation for what someone else has been through that would allow us to coexist (maybe even peacefully).

I am just genuinely tired of the disrespect and disharmony that have been sewn and allowed to grow.