Encompassingness – the essence of surrounding or holding within.

Having a message that encompasses, grabs, captures, appeals to people across all different walks of life is the key to catching on, starting a trend, going viral… it’s how you can walk down the street and see one brand, like Nike, on bodies of all ages, sizes, nationalities, genders, cultures, etc.

That’s up for people to decide for themselves. It allows them to inject themselves into the brand, therefore connecting to it. And, even further, it doesn’t give people grounds to resist it; it is completely benign and universally attainable.

The importance of connection has already been established as a necessary element in success; connection has to be between the brand, person, movement, product, or group itself and its members.

How is this relationship established? And how does it endure?

The message – expressed through a motto, a name, a phrase, etc.

Learn about how the founder or leader fits into the scheme.

The message is able to provide both objective and subjective appeal–it seems as if an organization’s message needs to be broad enough to apply to large numbers, but be phrased in such a way that an individual can repeat, repost, or reiterate it as his or her own. Go back to the Nike example.

Private companies know this. A popular marketing strategy is the slogan–by providing a catchy phrase, a company can convey its unique selling point quickly to customers in a way that sticks in their minds. The strategy has numerous applications.

Your message should allow the maximum amount of people to identify and participate with the group. Additionally, there is a two-fold aspect of membership that surfaces here. First, is the organization open to anyone who wants to join? Second, how much of its target audience can an organization capture?

Consider the difference in impressions regarding the Civil Rights Movement versus the Black Power movement–even though they shared similar goals, the former conjures images of hopeful leaders and marches for equality, while the latter invokes memories of militancy raised leather fists.

Even names alone set the tone for membership. With the Civil Rights Movement, anybody could align themselves with it because there are no immediate barriers to membership–the opposite of civility is incivility–disrespect, vulgarity–and to oppose rights, in America, is considered shameful. On the other hand, “Black Power” sets up race as a barrier to membership, creating a sense of exclusion for non-blacks.

Based on these examples, it would appear that innovation goes beyond filling a niche or giving people new ways to identify with an issue; a successful operation frames itself to the world in a way that impedes opposition and increases access to the underlying issue. This brings us right back to the opening key to success: Encompassingness

If you can find (or merely re-frame) an issue common to many people, it can reach more of them.

Susan G. Komen, the popular breast cancer awareness nonprofit, is a prime example of the value of encompassingness. 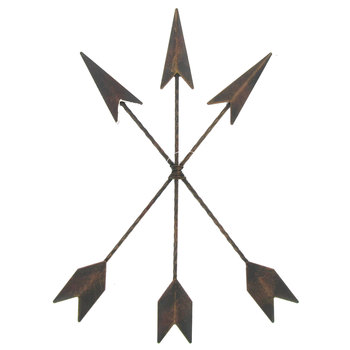 Susan Goodman Komen was diagnosed with breast cancer at the age of 33 and died at 36. Komen’s younger sister, Nancy Goodman Brinker, felt that Susan’s outcome might have been better if patients were well-informed about cancer and its treatment. Brinker founded the Susan G. Komen Breast Cancer Foundation in her sister’s memory in 1982, and has used her personal heartbreak to appeal to the public ever since. In 2008, the foundation’s name was changed to Susan G. Komen for the Cure, but the goal did not change–the organization still promotes Brinker’s promise to her sister “to end breast cancer forever.”

Brinker happened to be on the front end of the wave of cancer that spread across the United States, putting her and the Komen Foundation in the perfect position to capitalize on an issue that has since affected millions of Americans, no matter their age, gender, race, socioeconomic status, or religion. Many people saw value in the Komen endeavors; finding a cure for breast cancer and creating a support system for those afflicted by it are important goals that serve a real issue.

Nancy Brinker may not have found the same success if she were simply trying to fight toe fungus or Kuru, a disease that can only be found in a remote region of New Guinea. Komen serves to highlight the fact that an organization’s goals have to be considered meritorious for it to be successful, and that “encompassingness,” as far as organization message and membership, contributes to success.

If your message can draw circles around, capture, different levels of audience members, you’re golden.