Have you ever noticed that people have answers, even when they pretend not to?

What do you think about…? How do you feel about…? What about…?

No matter what is in those ellipses, your answer doesn’t really matter because the asker usually has their own answer already formulated and is merely seeking validation.

There are certainly times that you or I may not possess the information or knowledge about a subject, and that’s when asking questions will lead to enlightenment – those aren’t the questions or instances I’m talking about here. There is a clear difference between seeking enlightenment and seeking validation.

Some questions have clear answers.

Others are rhetorical, meant to get at a different point.

It’s those second types that you’ll find people deal in when they’re trying to allay insecurity about making a decision.

That’s the thing which John Steinbeck captured with the words:

That’s why I say what’s in the ellipses above doesn’t matter. The asker either wants to be affirmed in their rightness or have something to fight against for their rightness!

But, why can’t we all just – boom – make decisions?

Well, the reason can be anything from a lack of clarity to too many options to the conclusion that the solution doesn’t actually matter. But it all boils down to uncertainty.

Without clarity or purpose, the best outcome is not certain. When there is an abundance of options, it’s hard to know what the best choice is; and, sometimes, there is no “best” decision.

We have more options than ever before, and also more indecision – it’s a phenomenon called decision paralysis.

So, people waffle… they avoid the duty of deciding… they seek input…

There is an art to making decisions, and I’m going to spend the next few weeks researching and observing what decisionmaking is actually about.

If you find yourself looking for confirmation of your decisions, I hope you’ll stay tuned for this, becaues I intend to find keys to building certainty, getting results, and making decisions that build an ideal life. 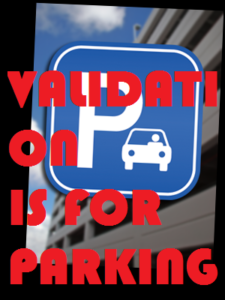