Before sporting events in the U.S., we rise and remove our hats for the singing of the National Anthem:

“Oh say, can you see
By the dawn’s early light,
What so proudly we hailed,
At the twilight’s last gleaming?
Whose broad stripes and bright stars,
Through the perilous fight,
O’er the ramparts we watched,
Were so gallantly streaming.
And the rocket’s red glare,
The bombs bursting in air,
Gave proof through the night,
That our flag was still there.
Oh say does that star spangled banner yet wave,
O’er the land of the free, and the home of the brave.”

It’s an evoking song – cymbals crash; there’s talk of gallantly-streaming rockets; it’s recount post-fight moments full of hope about freedom from tyranny and the ability to live a respected and self-determining (Oof… Francis, really nailed it.)

Unfortunately, though, those words flow loudly and proudly from millions of lips without the owners of those lips giving any thought to their true meaning.

The sad truth is: Americans today are not free.

Freedom is the power to live without restraint. To be free means that a person can act, speak, or think as he or she wishes without fear (as long as what comes into the world doesn’t hurt another person).

But have you tried to kneel during the National Anthem? Have you gone against the grain, dared to speak out against the majority? People will lambaste you! They’ll call you un-American for doing the exact things you’re allowed and SUPPOSED to do as an American!

Most Americans have the illusion of freedom.

They think that their political party offers the right kind of life, and go to no lengths to argue about HOW to be controlled, rather than asking themselves whether or not the government SHOULD be controlling that aspect of life.

Plenty of people I know blame it on “tradition” and “upholding values”… but think back to our great-grandparents. They didn’t need some government suit telling them how to live. And neither do we.

You don’t need permission to live.

Our governments pass laws that have the pacifying effect of making people on one side of an issue feel right and secure in their positions. Then, the opposing side has something to fight against. But the two sides are’t even really opposite. Both the  majority parties aren’t giving their constituents anything better than the other; they’re simply ensuring that the cycle continues and allows government to become more and more involved.

It’s become so involved now that people rely on government to tell them what they CAN do.

For example, the “Open Carry” law in Texas that allows licensed owners to visibly carry a handgun in public was considered a boon for gun rights supporters and individual rights. In fact, that law was a sham designed to make a political point, further polarize people, and win voters to the Republican party.

Are you freakin kidding me??

If we were truly free, we wouldn’t be given permission to carry guns. If we were truly free, all laws regarding the restriction of bearing arms would be eliminated, rather than delineated. If we were free, people would carry guns when they wanted, until they decided not to, or until they entered a realm that did not permit them to (ex: private property, businesses, non-sanctioned government areas like schools).

If we were truly free, we wouldn’t wait on some talking head or elected official to tell us what we are allowed to do. And the same applies to issues from civil rights to marriage equality to gun ownership to abortion.We would live until our actions hurt someone else. THAT’S what the government should be doing: providing order, protecting our life, liberty, and pursuit of happiness.

If we were free, we wouldn’t need laws to make us so. 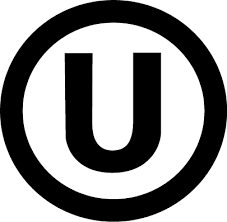 The formation of this country was strongly based on the Lockean principles that people are, by nature, free and equal, and not born subject to the rule of another. These principles–that people have rights, such as the right to life, liberty, and property–are supposed to guide our identity as a country. I was, like many others, taught a proud, liberated tale of the formation of our country.

Circumstances are drastically different now, but the lesson to take away from the Founders is that freedom is being independent of the laws of any particular society.

People love the notion that the U.S. rebelled and fought against tyrannical rule. We sing songs and throw around words and phrases about how great and free we are… then, we turn around and argue about which laws we should have.

That’s what political debate has come down to: choosing which methods of control should be used against us. Our two major political parties present two different options for being controlled, and that’s what we argue about: how we think society would best be controlled.

That’s not free.This has become a country of people who want to be right more than they want to be free, and end up losing sight of what they’re really fighting for. I don’t want to pay more taxes for “free college” any more than I want Ted Cruz telling me who I should be able to marry. But this type of argument has gone over so many peoples’ heads. Here’s as simple as I can make it:

We are not Republicans vs. Democrats; at the end of the day, we are all citizens. When one person is oppressed, we are all–as Americans–oppressed. What power you give to the government will be used against you, too. Your party “winning” does not immunize you against its laws.