Watching, of all things, Howard Stern’s movie ‘Private Parts’ this morning, a thought came to me:

The difference between success and mediocrity is self-respect.

The movie is, you know, autobiographical… but comically so. (I guess it wouldn’t be difficult to maintain a sense of humor with material like Fart Man and all of Stern’s other “shock jock” antics!)

Stern kicks off his rise to fame after graduating college and breaking into the radio biz. When a string of lame gigs culminates in a completely-wrong station format and his resignation, Stern has an emotional break that leads to a breakthrough. During the realization scene, Stern opines that he has to do something different if he’s going to be fulfilled. He says:

“It’s so apparent to me now, what I should be doing… I’ve got to get intimate… I’ve got to go all the way… A lot of times, I’m just holding back.”

People may not like Stern’s antics or brashness, but I separate entertainment from reality & appreciate the message that coming to terms with who we are is a necessary first step in personal success.

I have to know myself, my true self, warts and all, to be able to determine what’s best for myself. And, because knowing is only half the battle, there’s the matter of taking action. I have to know my value as a person & demonstrate it through my actions. I have to respect myself before I can do anything good for myself.

The problem I’ve seen is that it’s not–more people than I realized have very little self respect, and it shows in their lives.

Makes me think of a meme I stumble across on tumblr from time to time; it’s a picture of one of those changeable letter signs, and the message reads: EVERYTHING HAPPENS FOR A REASON. SOMETIMES THAT REASON IS YOU’RE STUPID AND MAKE BAD DECISIONS.

Went and fished it out of my phone: 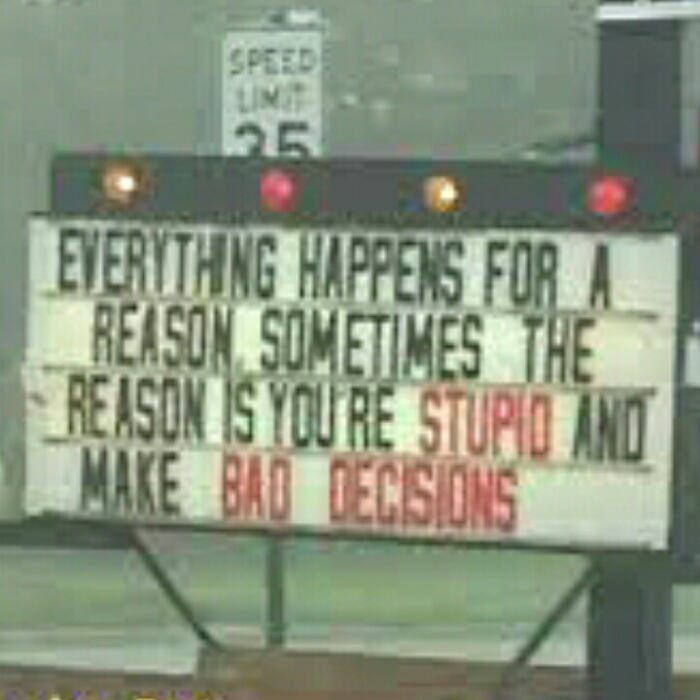 I’ve seen this over and over, and have made my fair share of bad decisions, but finally became aware of how little I was valuing & respecting myself. I had to do a little self-reflection & observed people I know… and, really, there is a veil of delusion draped over our society. So many people are simply trying to look like they’re having a great time, but aren’t truly happy. There is so little genuine self-respect and self-love… It’s an epidemic.

At some point, it became cool to be self-deprecating (sure, it’s inspired great comedy; and a certain amount of humility and self-awareness is healthy), but things progressed to self-depreciation, and then self-destruction.

It manifests in so many ways–substance use and abuse, laziness and apathy, selfishness… without a foundation of tolerance, respect, or appreciation on which to base standards, how can a person build their life?

Doing what’s best for oneself leads to a productive, happy, fulfilling life. Finding and using our gifts is the ultimate way of self-expression, self actualization, and self-respect.

But, as everyone has experienced at some point, the “doing” is hard. Habits are hard to break. Consider eating habits–we are started as kids down one path or another, then we become adults who can think and act on their own and who hear about health problems associated with certain foods and who want bodies that feel good, but then we still make bad food choices. And nobody’s perfect, but there’s a difference between a burger every once in awhile and a #5 combo with cheese and a large coke every other day.

How much we respect ourselves determines how we treat ourselves.

A synonym of “respect” is REVERENCE. What do we do for things we revere? We hold them in high regard, sacrifice for them, subjugate our behavior to adhere to higher ideals. The Bible, the code of many religions, gives Christians direction for their decision-making. Some other practitioners look to Buddha or Confucius. Some people believe in the bigger, higher truths or ideals. In the end, these standards are things we each internalize and interpret and express differently. How, then, can someone without an inner code expect to have any standards for (1) their behavior, and (2) being treated?

Self-respect is the crucial link between action and mentality in the pursuit of happiness because self-respect comes when a person understands his or her value. It just goes to show how important it is that we each create the kind of selves that we will be happy to live our respective lives with. 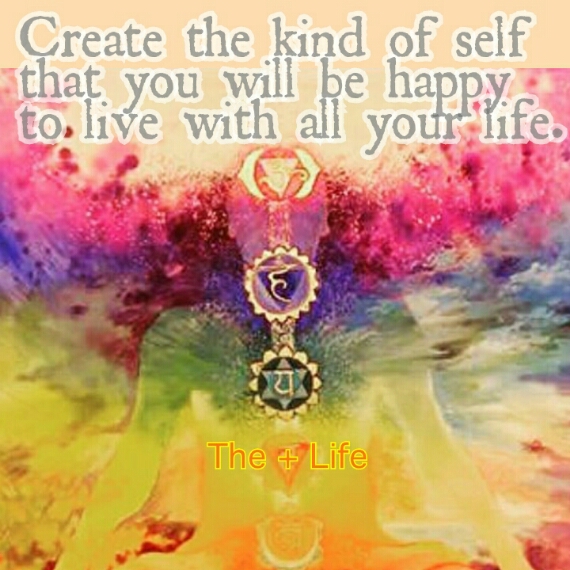