I’ve decided to do a two-week juice fast, starting tomorrow. Hopefully, this will give my body the nutrients it needs to get well-well again.

I’ve juiced before to cleanse & during bar exam prep (convinced it played a role in passing on the first go-’round, haha), but this round of juice is the most important I’ve ever consumed.

By juicing, I’m hoping to give my body micronutrients to nourish & also relieve some energy expenditure that would normally go towards breaking down/digesting food, thus diverting that energy to repairing.

Luckily, things have lined up nicely, as far as getting an emotional boost & tasty treats before.

Today was Jelaine’s birthday, and we also went for Sunday lunch at my Mimi’s. Like, a double-whammy with the awesome ladies in my life.

Mimi’s house was, as usual, comforting & relaxing. She never ceases to amaze me with her ability to be a pillar of strength when it comes to the hard parts of life while being equally nurturing and understanding and full of optimism. Plus, roast & veggies & trifle – umm, yes.

Then, the crazy decadence.

Jelaine read a news story about the $20 lobster roll at 20 Feet Seafood Joint. Supposed to be the best around.

And I would say it lived up!

My plate was clean when the dust settled… 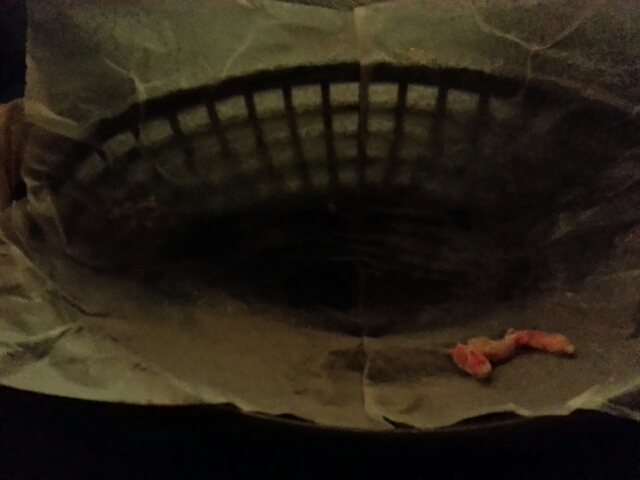 It was everything we hoped it would be. Man… yum.

It was a silly, impulsive, fun birthday treat & I was glad to do something different with my gal.

Tomorrow, we get to do something different on a whole new front – Jelaine informed me on the ride home that she is in for the two weeks of juicing… teamwork, man.

Antinuclear antibodies, I’m coming for you.