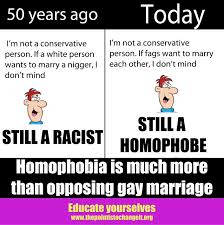 I covered Loving v. Virginia and the similarities gay marriage has with interracial marriage in Part 1. 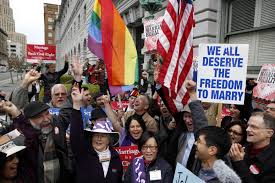 While it’s the same as far as how people feel, the thing that [I notice] the majority of people don’t get is that the states have their own marriage laws and interracial marriage was protected by the Supreme Court so that race couldn’t be used as a factor to discriminate against others.

Race was deemed a protected characteristic, and that’s where gay marriage takes a huge turn from race-based marriage laws. Being gay isn’t something that people can tell just from looking at another person (let’s reserve jokes for another time), thus it doesn’t have the same protected status as race or gender.

The Supreme Court of the Civil Rights era is considered an “activist” court (scholars consider their rulings to have been in the interest of social change, not solely for judicial reasons), and today’s court just isn’t in the same position.

Gay rights (namely marriage) may be just as important to people now as race-based rights and desegregation was back then, but there are subtleties that make all the difference.

Now, to figure out how to get gay marriage issues before state courts, and then to the Supreme Court. To force their hands on this issue would mean a lot.